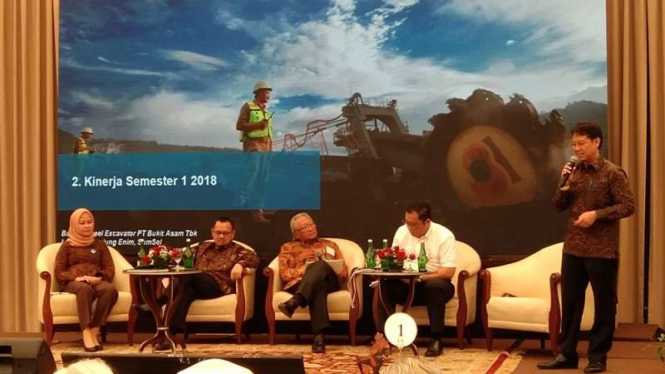 Inalum's director, Budi Gunadi Sadikin, said the fund had entered Cash Inalum since last night. So, the total assets of Inalum and members holding also increased from the Rp100 trillion to the currently Rp160 trillion.

"Our property is the Rp100 T (trillion). But last night, at 9 o'clock, it rose to Rp160 T because the money went in, we got cash Money, $ 4 billion last night, "Boudi told the Indonesian Energy Economic Forum in 2018 at the Dharmavangsa Hotel in Jakarta on Friday, November 16, 2018.

He discovered that bonds were issued on a stock exchange in Singapore. According to him, bonds were chosen because interest is fixed, so it differs from bank loans whose interest rates tend to be unstable.

"Good bond is interest fix it. For banks, interest depends on the market. Well, now the interest rate trend continues. We are so wish di-fix it right, "he said

Initial plan, Inalum was executed by an international syndicate bank loan, and it was canceled. Another reason, Budy said, is that if Inalum lends syndicated loans to banks, it will be the main war every day.

"If you borrow from a bank, there are major wages, every six months or annually. If in the form of bonds, the principal will pay in the end. cashflov better, "said the former general manager of Mandiri Bank.

Asked why Inalum initially chose a bank loan? Because it's easier than issuing bonds. "It is easier, bonds (bonds) are very difficult. This is true, the greatest ever proposed by Indonesia," he said.