Home / indonesia / Outbreak of hepatitis A in Pacitan, number of people suffering from almost 1,000 people. This is the last condition

Outbreak of hepatitis A in Pacitan, number of people suffering from almost 1,000 people. This is the last condition 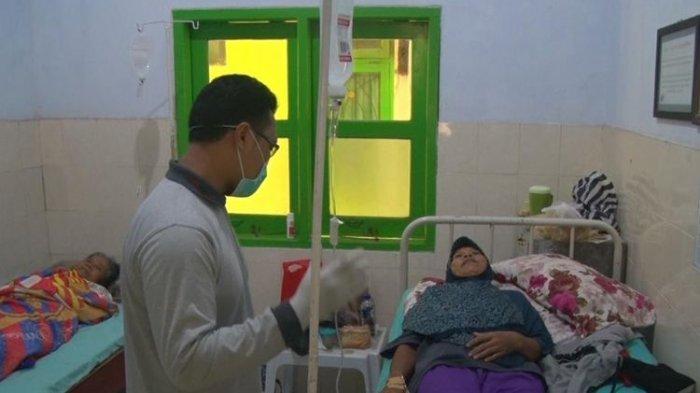 People who suffer from hepatitis A in the district of Pacitan, East Java, on Sunday (06/30/2019), the number of data has increased and reaches 957 people.

However, daily, the number of people exposed to the outbreak of hepatitis A in all Pacitan regencies has diminished dramatically.

"From the outbreak of extraordinary events (KLB), we have made prevention efforts," said the head of the health office in the district of Pacitan, Eko Budiono.

• To win the Austrian GP in 2019, Max Verstappen becomes the Big Three. Hamilton Still Sturdy at the top of the standings

• In addition to mistakes, Kartika Adjie is involved in a terror incident with Hamka Hamzah. This is the story

• Jokowi invites Prabowo to be part of an observer of the nation: better if Prabowo and his opposition are turned into opposition

Until Sunday afternoon (06/30/2019), it was reported that 957 people from Pacitan were exposed to hepatitis A.

The previous data showed that there were 824 people of pacitan that were exposed to hepatitis A.

However, the data received increased, but daily, residents who contracted hepatitis decreased.

In the same way, patients undergoing hospitalization in health centers distributed by the Pacitan regency of East Java experienced a decline.

"Even though the number of numbers has increased, the daily rate has fallen sharply," explained the head of the health office in the district of Pacitan, Eko Budiono.

• UPDATE Copda murder of Lucky Prasetyo: This is one reason and why not show murderers

One of them is the sub-district of Puskesmas de Ngadirojo, district of Pacitan, eastern Java. In this health center, 28 patients are exposed to hepatitis A up to 28 patients.

Previously, this puskesmas received and treated 164 patients with hepatitis A during June 2019.