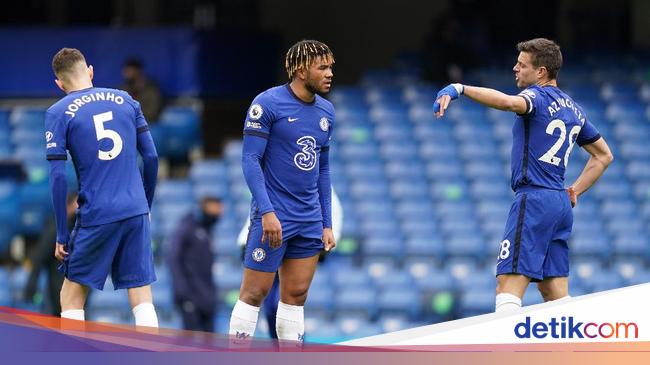 Chelsea hosted West Bromwich Albion in the 30th week of the Premier League at Stamford Bridge on Saturday (04/03/2021). Chelsea took the lead over Christian Pulisic.

This result is quite unexpected. Like the previous 14 games, Chelsea, who were led by Thomas Tuchel, were unbeaten.

Of the last 10 games in the Premier League, the Blues have only conceded twice. Chelsea are so strong on defense, in good transitions and anyone can score goals.

Sam Allardyce, manager of West Bromwich Albion, wondered what was the secret strategy to beat Chelsea? He responded, hit the defensive line!

“Letting them play behind starting from the goalkeeper was a mistake,” he said talkSport.

“So we pressed them including the two sides,” he added.

Without a doubt, Thiago Silva’s second yellow card was because Chelsea played too long behind. Then, West Brom’s second goal was also from the Blues ’mistake, which took too long to advance the ball.

“His goalkeeper is also moving forward to play the ball. It was reckless for him,” added Sam Allardyce.

“We are happy to win a better team than us,” he concluded.

Manchester United are one step away from getting Varane

The new super variant Covid-19 could appear in Indonesia