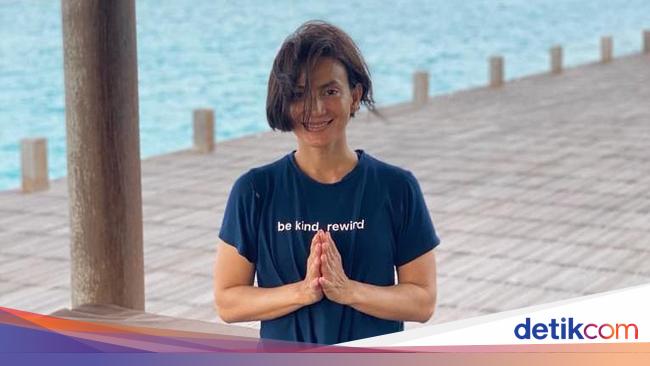 Wanda Hamidah finally met with senior prudential officials. This is the result of the meeting according to Wanda Hamidah.

He admitted that it was the first time he had met the best professionals from the insurance company. So far, according to him, only agents are in contact with him.

Wanda Hamidah also thanked the meeting for waiting. Because, he’s still looking for a bright spot on his complaint.

“I mean, if there are customer complaints, they are answered in a SOP like a service company, such as a bank or a restaurant. They were asked why, keep looking for solutions,” Wanda Hamidah told detikcom .

Wanda Hamidah said the meeting was warm. In addition, after explaining the details of the chronology, it was suspected that the complaint did not reach his superiors.

“Actually, many don’t get to the center, they just listen to the agent’s version and the data is written or incomplete,” he said.

“Actually, my agent’s SOP is complete, but if he’s wise, he should download it himself, not just listen to the agent’s version. I don’t blame the agent either, because the agent has many levels. My agent is not bad, he is very kind, he is optimistic (Wanda’s problem) he managed well “.

Wanda Hamidah also smelled the allegation of distortion. According to him, there is a possibility that the leader of his agent will not fight for his complaint.

“The agent is my friend, if someone says a naughty agent, he actually defends me. Those who don’t fight for it go to the center, if they say my agent doesn’t help and help, it’s wrong,” he said. .

“Optimism can be affirmed before surgery can be endured, after surgery it can also be endured. Optimism makes me happy, but if optimism is wrong, it means something is wrong. It’s also disappointed that he can’t deliver what I said. “

Wanda Hamidah also admitted that the meeting explained what really happened. Including when the child complained of pain in his legs.

“I have explained many analyzes to Prudential. The insurance has to know the type of illness my child is suffering from, has to ask for a medical statement,” he said.

“So after reviewing the whole chronology, ask for the signature of the power, a medical letter. We hope the results are good, the complaint is received personally, we investigate the medical history. Today, from the conclusion of yesterday, I have given a power of attorney to obtain the medical record that was handed over to the insurance. Because the doctor suggested recovery as soon as possible. “