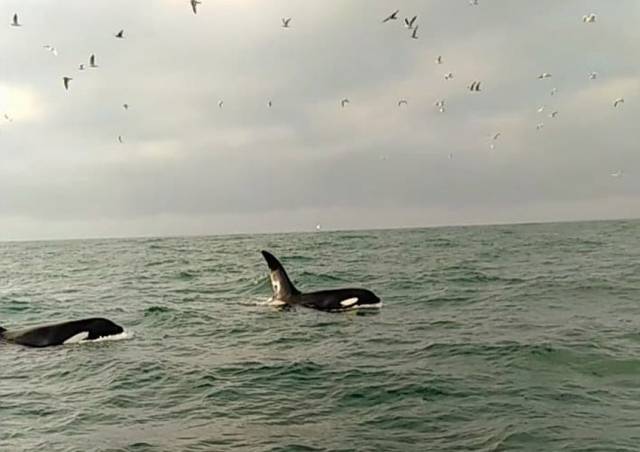 Marine Wildlife around Ireland One of the greatest memories of any day spent in sailing around the Irish coast is encounter with marine wildlife. It's the excitement of young and old to witness sea birds, seals, dolphins and whales right there in their habitat. Since the boats are lucky enough to experience this, they will testify even that the discovery of a far-reaching fin can be the highlight of every day in life. Was it a bitch? Was it a whale? No matter how brief it is, the privilege is to divide the seacoast with Irish wildlife.

Thanks to the location of our beautiful island, located in the North Atlantic Ocean, there seems to be no shortage of marine life for observation.

From whales to dolphins, seals, sharks and other ocean animals on this site are shown the most interesting displays of marine animals around our shores. We want to receive your observations, your photos, links and YouTube videos.

Boaters have a unique perspective, and all those who go to the ground, from kayaking to shore-to-land riding, can be of real value to specialized organizations such as the Irish Typhoon and the Dolphin Group (IVDG) that compile a list of alerts and cracks. IVDG's knowledge base has increased over the past 21 years, thanks in part to at least observations by sailors, fishermen, kayaks and shippers.

But, as impressive as the list of species, the IVDG believes there are still gaps in our knowledge. Next time you are in the ocean waves hold a sharp glance!