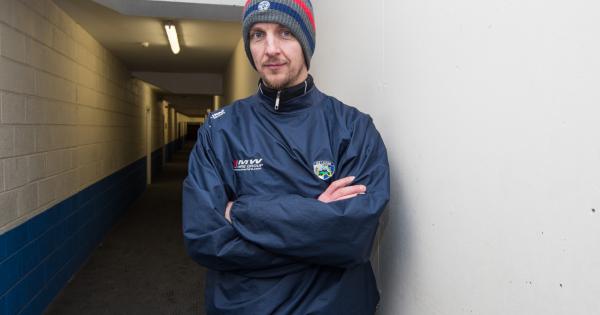 Manager of Gaelic Football Manager Laois GAA John Sugrue hit the cricket camp's camp pitch in a statement that requires "one rule for everyone".

In his personal statement, John Sugrue is critical of how Laois is treated in relation to others.

Recently it appeared that Laois and Armagh football teams and leaders in Waterford would lose the national state run for campers for the season before 1918. Up to 17 counties were examined.

Dublin was also explored during an exclusive trip to France, but he avoided reprimand, arguing that this was the only trip to visit historical sites. Waxford claims that their trip to abroad was an exercise related to the team, not a training camp.

Chief Laois demanded one rule for everyone.

"In order to throw this debate up, I feel that the situation in which a district is doing the right thing and advocating what has done and has consequences is far more than the county that is behind the mistruth and does not sanction it.

"This, in my opinion, continues the trend of seriously suspicious stories, as well as the legal jargon used in GAA to apologize for the consequences of our actions. In 2019, it seems to be a very entertaining year of creative stories that are used to navigating through rule book.

"One rule for all means should have consequences for violating this rule, otherwise the rule is considered ineffective and does not fully implement in its current measure," he said in a statement to Leinster Express Sports.

I write on my own initiative as manager of the Laois football team from 2018 to 2019.

My views are in no way related to the sentiments of the players, the district board or the people of Laois, although I think that I can agree on certain points.

This situation was created when, as a direct result of the violation of the GAA decision, they lost their home position in one of our matches in the National League this year. There are several points that I feel relevant to highlight in this situation.

– We, as Counti, have allowed our players to play the full month values ​​of All Counties League games (4 games completed in a month with all the players available for the games, whether the GAA will check what other counties did the same for their clubs)

– As a management team under my leadership, we led our team to training weekends two weeks before our championship. We stayed in the country and spent our budget in Irish institutions that remained with "bui irish" etosom GAA.

– We thought that due to the intense nature of the training camp, one week would not allow adequate physical or mental recovery from such an intense training environment. (Our first match against Vauxhall was scheduled 12 days after the "Club month")

– GAA has determined that the number of districts (I believe that up to 17 customers) is contrary to this rule.

– GAA sent an email to clarify what each country did in that regard.

– We received a sentence for our actions (which we were aware of before we made a trip).

– We did not have problems with our punishment.

In order to dispel this debate, I feel that the situation in which a country is doing the right thing and advocating what it did and which has consequences is better than the environment that is hiding behind the mistruth and does not sanction it.

This in my mind continues the trend of seriously suspicious stories, as well as the legal jargon used in GAA to apologize for the consequences of our actions. In 2019, it seems to be a very entertaining year of creative stories that went through the rules.

a.) We can take a night in a hotel with a training camp in our country

b.) We can reserve individual flights to two or three airports in the foreign region, and then compile for a hidden training camp (not a new initiative) or

c.) We will return to Kerry and collect the income from the birth of Daniel O'Connell to ensure the historical purpose as the main aspect of our journey.

Next up three scenarios, I'm sure we'll see the new spectacular stories invented by those with a much better imagination than my one to escape the evasion of 2019. On this day and years it is disappointing that we are in this situation where the rules that are passed do not bring the weight of the leadership that shows that our intention is to work better within our Association.

The rules in any country are as effective as those who implement them. Other counties did not maintain the appropriate level of moral standing in the field of sports, but I believe they are not too responsible for it, but have established this way with our rules and applying the rules that incite disdain. So, in the essence of the current situation, whether it is too late to do anything corrective or we will only progress and continue to encourage this kind of activity in our Association.

One rule for all means should take the consequences for violating this rule, otherwise the rule is considered ineffective and does not implement in its current mindset.

We have no problem with our punishment.