Ref Watch: Paul Tierney is wrong to fly early during the half in the Liverpool draw with Manchester United Football news 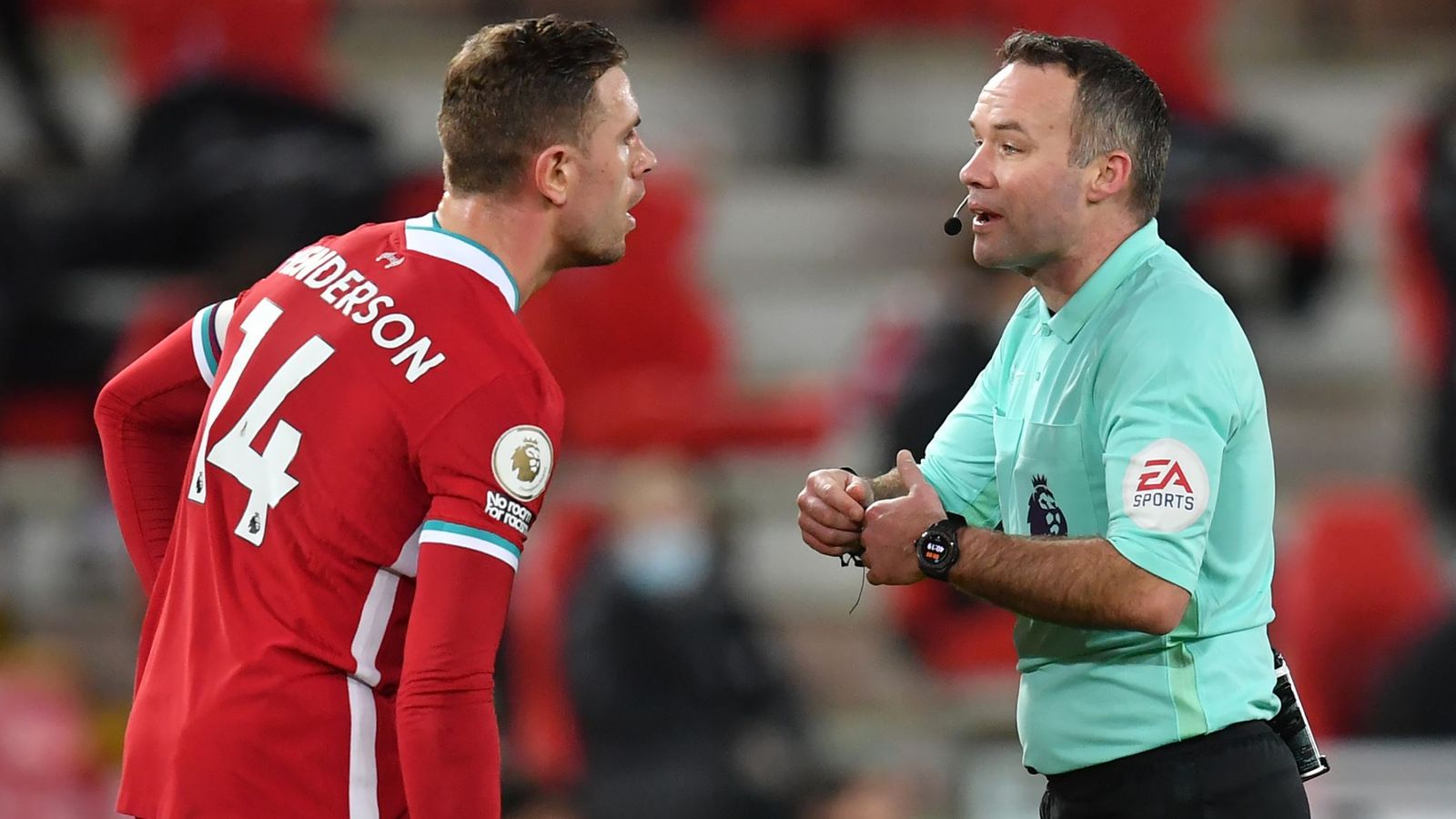 In the last Ref Watch, Dermot Gallagher tells us why referee Paul Tierney made a mistake by jumping early during the half in Liverpool’s draw with Manchester United at Anfield on Super Sunday.

DERMOT SAYS: Sometimes there is a lot of risk for a referee who is out of his control, but this is something that the referee totally controls and can make sure no one can fall on him. Once you spend a minute, you are required to play for at least one minute. You can play later because you may be playing 1.20 min, but the board cannot go up 1.30 min.

But playing short makes people able to test you and it’s something you brought to your head and Paul Tierney refereed so well yesterday and he overcame this game, that was the only thing that surprised me that he left himself open to criticism for it.

DERMOT SAYS: The precedent was already set with this at the beginning of the season with Steven Bergwijn and Ezgjan Alioski, where we had a similar decision in which the player’s body is in the middle of the area and a half outside and, as it is in part in the area, is considered a penalty because that is how the foul is committed.

What you would say is the referee [Michael Oliver] has a great view, the VAR [David Coote] he checks if he is on the line, his body clearly breaks the line and is therefore penalized.

DERMOT SAYS: This raises some interesting points: there is minimal contact, there is no doubt, but what you would say is that if Azpilicueta had not made an evasive action, if you see where the player is coming from, the speed that comes, comes through the air, it’s just luck that Azpilicueta gets out of the way.