EXCLUSIVE: The former head of the Jewish Agency worried Israel from touching the Jews from the diaspora

As the former head of the Jewish Agency, Nathan Sharanski believes that the current Israeli government does not listen to the Jewish concern at the Diaspora in connection with the Massacre at the Synagogue in Pittsburgh, the closure of left-wing activists at the Israeli airport, or the plethora of ways to use Judaism.

A prominent Israeli political personality and human rights activist speaks i24NEVS despite his "reservations" about the expansion of Israeli relations with right-wing nationalist governments in Hungary, the Philippines and Brazil, he finally believes in the government's efforts to protect the "peace and security" of the Jewish state.

Sharansky said i24NEVS"Ami Kaufman was disappointed with many of his liberal friends in the United States, following Trump's decision to recognize Jerusalem as the capital of Israel and freeze funds for the Palestine UN refugee agency.

Recognizing Trump's contribution to the Jewish state and people, Sharanski notes: "Many of my liberal friends could not thank the president when he did something for which we have fought for many years – moving to the embassy in Jerusalem and stopping the financing of terror."

On the eve of the Tree of Life Synagogue, which shot two weeks ago in Pittsburgh, Sharansky does not believe Trump's rhetoric has fueled increased anti-Semitism in the United States.

The attack was identified as the worst anti-Semitic attack ever happening in the US.

"For many years, at least for the last 15 years, the vast majority of racial attacks against the Jew, so this is not a new phenomenon. What is most prominent in the past few years, more people talk about it," he says. 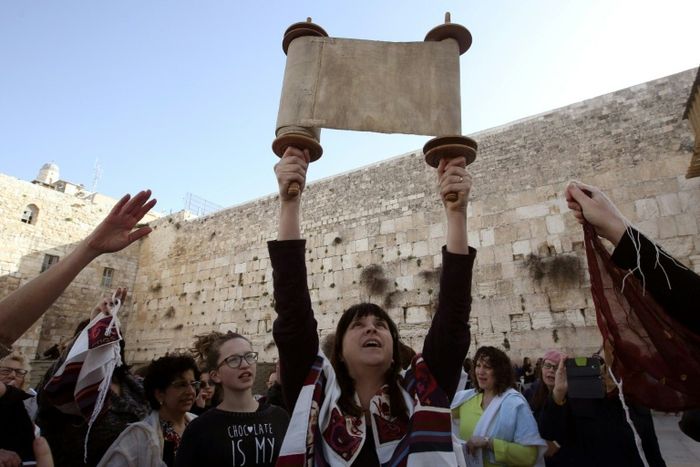 He also expressed his disappointment with Israeli Prime Minister Benjamin Netanyahu for throwing the most widespread Israeli citizens, ignoring other constituencies of Judaism.

"I was extremely disappointed when Netanyahu went to the Wall Street prayer compromise on the west wall, which he asked me to negotiate," says Sharansky.

"We spent 5 years in negotiations and he personally spent a lot of energy and time to be successful, and then when he was blackmailed by the Haredi party, he failed," he adds.

Sharanski expressed that, while "strongly against" the Boycott, Divest and Sanctions to Israel (BDS) movement, he did not approve Israel's legal treatment of this issue.

"How can you make such a law without seeking the Diaspora of Jews, who are busy fighting the BDS," he asks.

"I am very against the BDS," he says i24NEVS. "I spent a lot of time preparing our youth to fight BDS."

Despite many years of struggle against the BDS movement, Saransky says that "simply because a person expresses attitudes that break us or irritate us" is not a sufficient reason to forbid them from entering Israel.

"I am against it," he says, citing an Israeli law banning the entry of visitors linked to the BDS movement.

The BDS campaign is a coalition of organizations inspired by anti-apartheid anti-apartheid movements that say they use non-violent means to promote the Palestinian struggle for independence and foster international economic and political pressure against Israel.

Last year, over two hundred US rabbis signed a letter asking Israel to abandon its policy of banning visitors to BDS-linked visitors. "Although many of us have significant differences with Rabbi Visa and other colleagues from rabies who support the BDS movement in some or all of its forms," ​​read a letter first reported by the Jewish Telegraph Agency "We believe that the decision on the Rabbi's Bar More from a visit to Israel is anti-democratic and defames our vision of a diverse Jewish community that has multiple perspectives. "

"Boycotts are a legitimate nonviolent tactic that has been used both in our country and around the world in order to create justice for marginalized and oppressed communities," the letter continues.

"We can not hear from deep loyalty to members of our communities, assemblies and rabbinical associations, which can also be barred from entering into Israel in the future."

In March, the Israeli Knesset passed a new law, which banned the representatives of the Ministry of the Interior at the border crossing points of visas for non-Israeli citizens believed to have been involved in BDS activities.

Since then, many groups and individuals have been banned from entering, including some before even boarding flights.