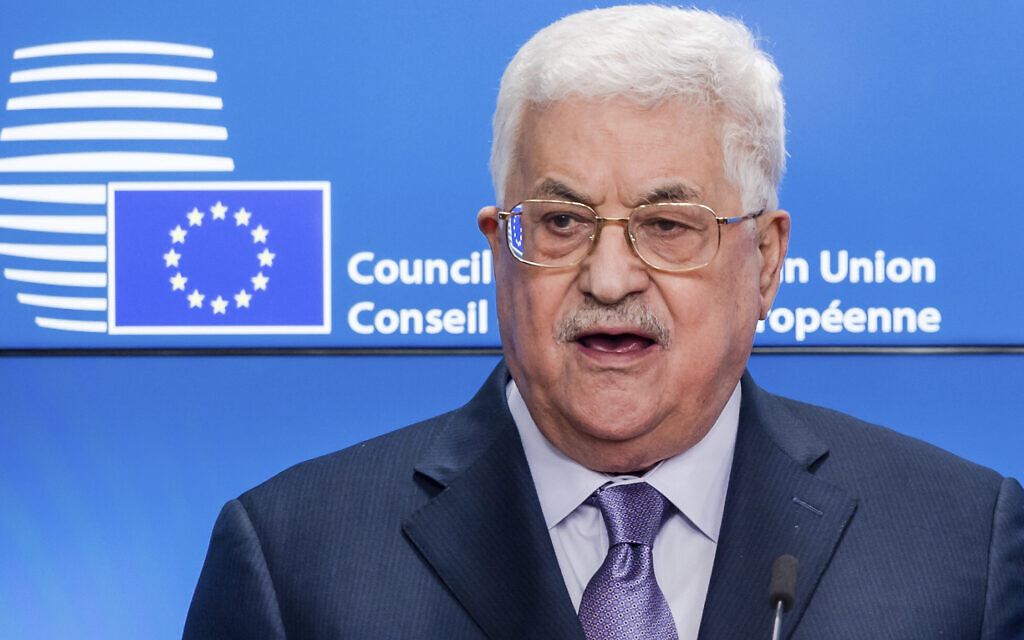 Palestinian Authority President Mahmoud Abbas will return to Ramallah on Thursday after what his associates called a “routine” medical check-up in Germany, Abbas’s office announced on Wednesday.

“President Mahmoud Abbas has completed his planned medical examinations in Germany,” the Palestinian presidency said in a statement. “The president is in good health and will return to his homeland on Thursday.”

Abbas was accompanied to Germany by Palestinian intelligence chief Majid Faraj, who would meet with German Chancellor Angela Merkel.

Abbas, 85, a longtime smoker, has a history of health problems, ranging from heart problems to a battle with prostate cancer more than a decade ago.

“It’s a routine exam prepared in advance for the president [Abbas], and has been postponed for more than two weeks, “Fatah Secretary-General Jibril Rajoub said earlier this week. 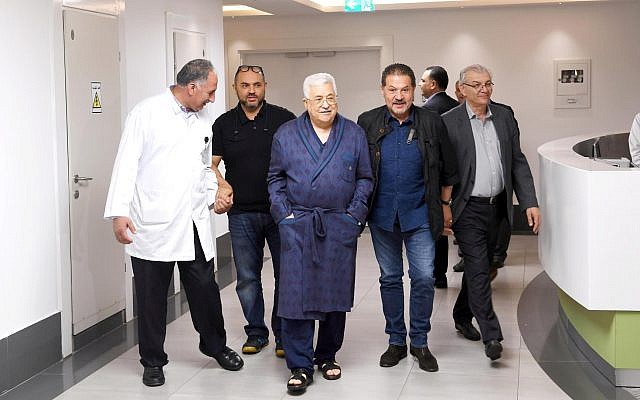 Palestinian Authority President Mahmoud Abbas walking into a hospital on May 21, 2018. (screenshot: Twitter)

The Palestinian leader’s repeated health problems in recent years have sparked fears about a power struggle in case he could not continue as PA president.

Rumors about Abbas’s health have been unleashed and Palestinian officials have worked to curb unconfirmed reports and keep their health problems out of public view.

In February 2018, Abbas underwent medical checks, including a biopsy, at Johns Hopkins University Hospital in Baltimore, Maryland, according to Rajoub.

“I had a minor health problem. So he did a check. The doctors took a biopsy of him and now we know he has nothing wrong with it, ”Rajoub said at the time.

Abbas has not appointed a vice president of the PA nor created any such function. Since 2005, when Abbas was elected to a four-year term, Palestinians have also not held AP presidential elections.

An incapacitated Abbas could also complicate the planned Palestinian parliamentary elections in the West Bank. Palestinians will have to go to their first national vote in 15 years on May 22, when Abbas has decreed Palestinian legislative elections.

I am proud to work at The Times of Israel

I will tell you the truth: life here in Israel is not always easy. But it is full of beauty and meaning.

I am proud to work at The Times of Israel alongside colleagues who pour their hearts into their day-to-day work, to capture the complexity of this extraordinary place.

I think our reports set an important tone of honesty and decency that is essential to understanding what is really going on in Israel. Our team needs a lot of time, commitment and a lot of work to achieve this.

Your support by subscribing to The Times of Israel Community, allows us to continue our work. Want to join our community today?

Join the community Times of Israel Join our community Already a member? Sign in to stop seeing this

The Olympics should inspire the Arab world to invest in sports