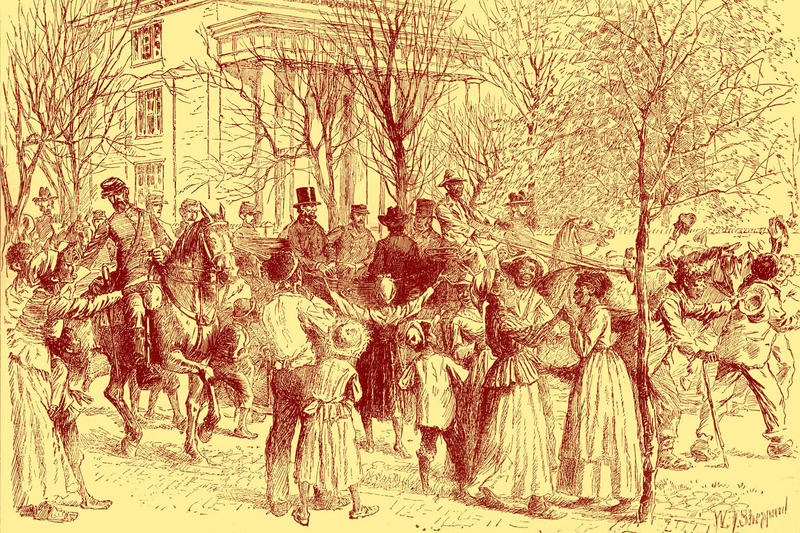 The Education Board in Texas voted on Friday to change the way students learn about the civil war. Beginning from the school year 2019-2020, students will learn that slavery played a "central role" in the war.

Previous state standards of social studies cite three causes of civil war: sectorism, state rights and slavery, in that order. In September, committee democrats proposed that slavery be listed as the sole cause.

"What uses the" rights of the state "is to actually be afraid or fall, really a fundamental issue, and that is slavery," said Marisa Perez-Diaz of the Democratic Party's Party of San Antonio at a meeting on Tuesday.

A member of the republic committee, David Bradley of Beaumont, claimed that other subjects remain in the curriculum. He said: "Every state had differences and made individual decisions about whether to engage in a conflict, did it?" This is the definition of the law of the state. "

In the end, a committee led by the Republicans agreed to a compromise: Advancement, students will learn about "the central role of expanding slavery in provoking sectionalism, disagreement about the rights of states and civil war."

Demonstrator Houston Lavrence Allen Jr., the only African-American board member, helped write a new language. He believes that he made a clearer line between slavery and civil war than the previous standard did.

The committee also decided to hold Hillary Clinton and Helen Keller in the curriculum, and revising the decision to publish titles in September. Clinton and Keller were initially removed, along with other historical figures, in an effort to "direct" the standards of social studies in the country.

The approved curriculum still contains only one reason for the Israeli-Palestinian conflict: "the rejection of the existence of the State of Israel by the Arab League and most of the Arab countries."

The University of Texas, the Rio Grande Valley historian David Fisher, was a part of the working group that gave the committee a proposed revision. He said that citing one reason for the Israeli-Palestinian conflict lacks a shade and promotes one point of view.

"He really tells the student what to think, instead of proposing to the study study a problem and finding out the facts about the problem."

Shifa Bhatti is a teacher from Pakistan and America in the suburb of Fort Worth. In a public debate Tuesday, she warned of the potential for anti-Muslim bias.

"I'm studying high school, because when I was in the eighth grade on September 11, 2001, it was the day I got the first threat of death, he was in my locker, it was pushed there.

About one in ten US students in public schools live in Texas.

Lavrence Paska, executive director of the National Council for Social Sciences, says that what students learn at school has a great impact on how they understand history and current events.

"Students have the opportunity to have a reflexive discussion," says Paska; they must be "exposed to sources of information that may include conflicting perspectives on controversial issues".

The State Education Board said that these changes will not affect textbooks used in Texas classrooms. Standards come into force at mid-term and mid-level in August 2019, and at the baseline level in August 2020.