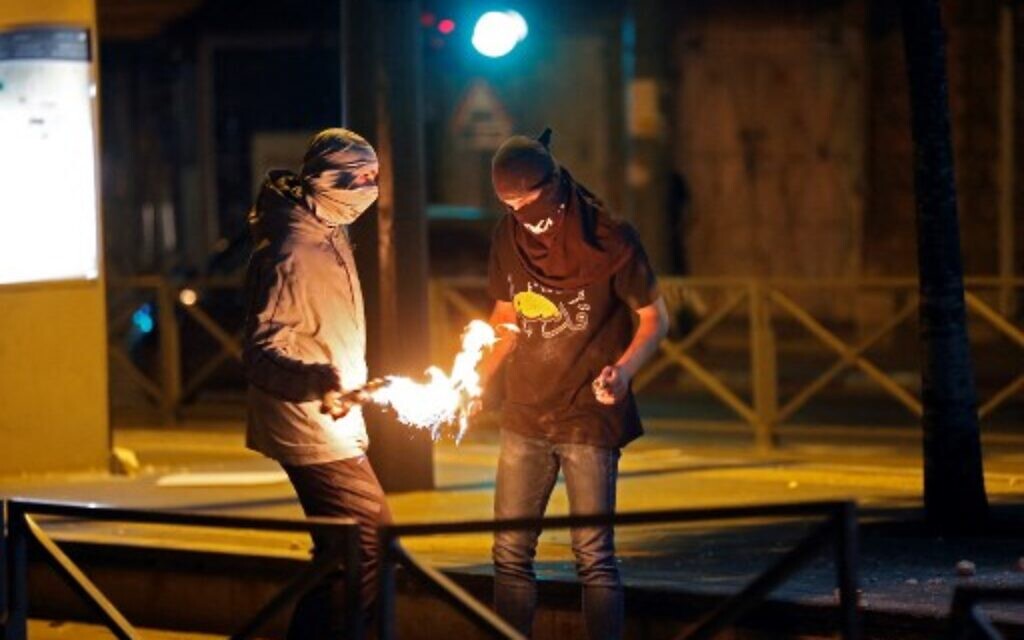 Soldiers opened fire on two suspects driving Israeli cars passing near the village of Beit Jala, according to a spokesman for the Israeli Defense Forces.

One suspect was hit by gunfire and died at the scene after receiving first aid. The second person was arrested by the soldiers.

No Israeli soldiers or civilians were injured in the incident.

Israeli soldiers found a Hamas flag in a lookout point where the suspects had dropped the bombs.

Beit Jala, located between Jerusalem and Bethlehem, is located above Route 60, a major transit artery that crosses the West Bank that connects the capital with the Etzion and Hebron settlement block.

The shooting came nearly 24 hours after a Border Police officer was seriously injured in an apparent car crash near the Qalandiya checkpoint north of Jerusalem.

The Hamas flag is in the position where the B’Tselem was prepared@carmeldangor pic.twitter.com/RR0WBFqLHs

The 20-year-old agent was taken to Shaare Zedek Medical in Jerusalem with moderate injuries, but his condition deteriorated overnight to serious but stable condition, the hospital said.

Police said the outbreak occurred while troops were working to move illegal structures built in an area near the West Bank crossing.

#Video A trader documenting one of the wounds among the ranks of the occupation forces after being hit by a Palestinian with his vehicle, near the control of Qalandia, in the northeast #Quds busy pic.twitter.com/Mh6e4yIoZr

The suspect was arrested at the scene of the attack and taken into the custody of the Shin Bet security service for questioning.

Learn Hebrew in a fun and unique way

You get news about Israel … but no ACHIEVE this? Here you have your chance to understand not only the overview we deal with in these pages, but also the critical and juicy details of life in Israel.

In Streetwise Hebrew for the Times of Israel community, each month we will learn several colloquial phrases in Hebrew around a common theme. These are small audio Hebrew classes that we think you will enjoy.