Ecomondo's suspicion for Mayor Mayor: Do we send an opportunity? 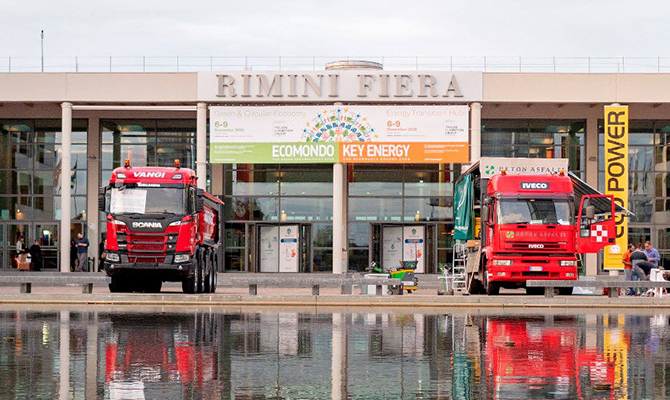 It is called Ecomondo and the main fair is dedicated Green economy and on Circular Economy (economy related to the recycling of materials) in the Mediterranean euro zone.

It is an interesting observatory on the development of environmental technologies. And on the steps we could do to not poison.

And we also find a study about The European Commission, according to which better product design and waste re-use are sufficient in order to produce in the next few years: 30% reduction in raw material consumption, halving greenhouse gas emissions, 5% GDP growth, creating over one million jobs.

Ecomondo also indirectly insinuated the suspicion: that in Frosinone Province there is a great opportunity. And losing money.

The case of organic waste: the remains of our kitchen. We are forced to take them out of the province for several months, because the Saf factory is no longer able to operate them in accordance with the new regulations. Machines must be changed, the cycle must be redesigned.

We spend good money that we will pay in the next invoices with a tax on waste. Instead, says Ecomondo, we have the opportunity to keep that rubbish and work at home: with small plants in the country, which can make a stay that produces several thousand families.

Nothing special: it works like a digestive system, fermentation gases are processed and transformed into methane.

Where are the news? In size. Before such a facility, it was necessary to work on tonnes of waste on a daily basis, in order to be suitable. Which assumed large structures.

Today there is a possibility of creating very small ones. Provided we do not want to do business. But use them for the economy of the country or for a small group of countries that meet.

What it means? First, it was necessary to create a factory and work on the remains of the entire province, then pump gas into the national energy network, make money. Today there is enough plant in which 5 or 6 people work on the rest of 4 or 5 middle countries, using this methane for schools in these municipalities, for public buildings, for several factories most. But it must be willing to buy clean energy produced by the City.

The challenge is precisely this. Small size: to prevent large speculation, with a system that is too big for you to take out waste from outside.

Regional funds are budgeted. It was considered that the composition of the village: Ecomondo says it is not too small. Little yes, but you do not do business. What exactly should be the mission of the municipality.