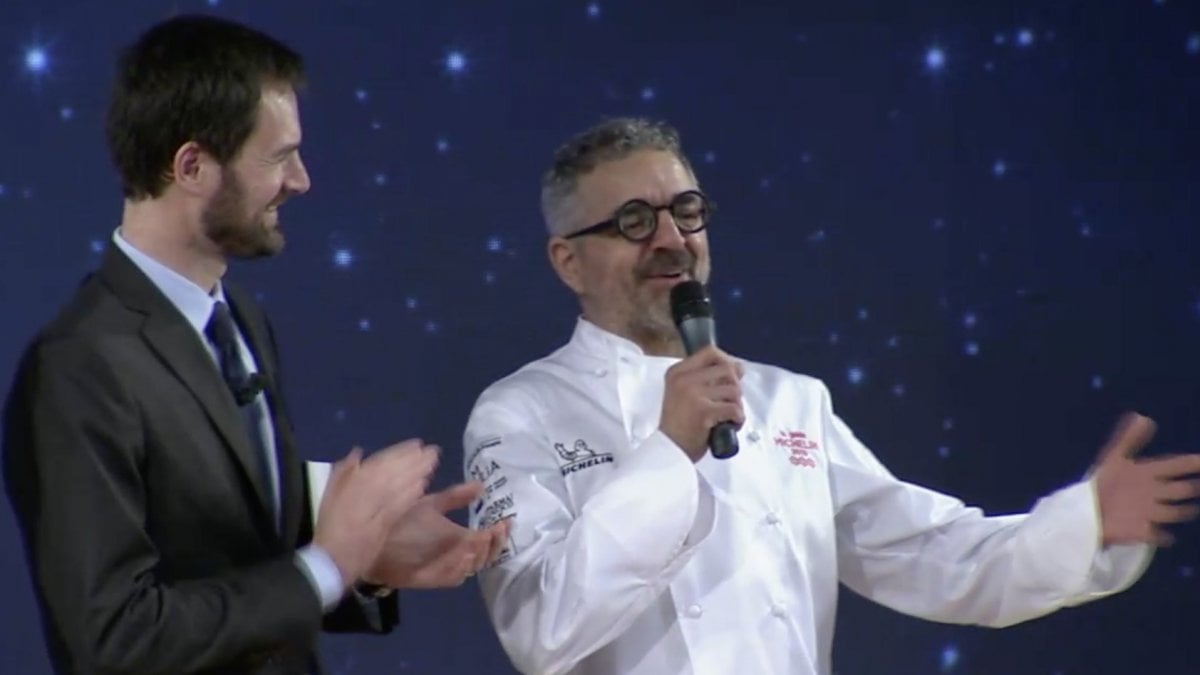 Italy reaches the finish line of 10 three stars After last year Norbert Niederkofler, the big news for the 2019 edition: Mauro UliassYes, the head of the restaurant Senigallia, who is named after him, receives the maximum recognition of Red. And Italy is the second most populous nation in the world (with as much as 8 percent of all three world stars). The result of Uliassi welcomed the exclamation from the room, even the garcia to the widespread beauty, of which the chef from the region of Marche enjoys being among colleagues and insiders. There were no two new stars in this release, after the last three seasons, while these new mono stars are 29, many of them very young.

From the atmosphere, the appearance of the new three stars is almost certain. The leader is good at dissolving, while Poullennec says "Wait … 10 is a number I love more than 9".
And here's the note: "Uliassi" in the Senigallia cook Mauro Uliasi and his sister Catia I am the new Italian treasurer of the stars, as well as in some parts she hoped for days. 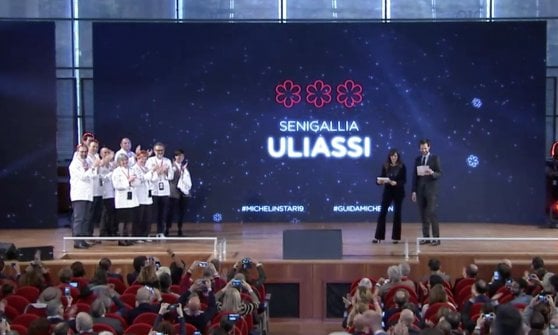 Painful notes. They lost the star: Stazione di Posta, Osteria dei Cameli, Conchiglia, Vinciguerra, La Clusaz, Antonello Colonna, Magnolia, Castel Fransburg, Dopolovoro, Emilio di Fermo, San Giorgio a Cervo, Armani in Milan. then Gvendal Poullennec, the new international director of all Michelin guides (it has 30, from Europe to East in the United States) from the very beginning to the New Star Parade, as many as 29.

There is no news for the new two stars

11.35 AM
Michelin, says Do, is better talking stories behind every room, also gives a special display. Here with Patrizio Cencioni, pres. Brunello di Montalcino consortium, award the prize "Passion for wine" u Lokanda Devetak by chef Augustin Devetak.
Then it's time to reward "Hall", under the auspices of Arte Olearia Coppini. The prize goes Casa Perbellini in Verona, where the hall is coordinated by young people Barbara Manoni.
Eberhard Italia Instead, it sponsors the prize "Quality in Time" who goes to Bottega del 30, a chef Helene Stokuelet, restaurant a Castelnuovo Berardenga with one of the longest stars in Italy.
The Lavazza promotion is very important for the "Young chef of the year"Go to the cook de Portici in Bologna Emanuele Petrosino. 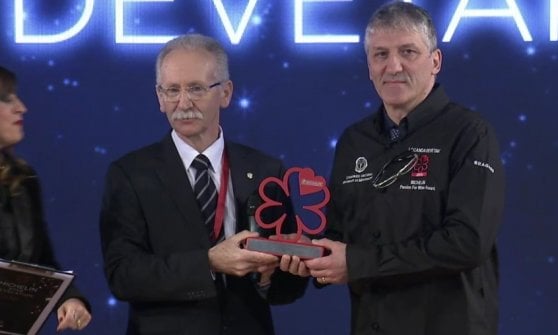 11.25 hours
The Red Guide has more than 100 years of life, and Marco Do retracts urban legends that over the years have tracked the number of anonymous inspectors working for Michelin: "It's not true that we are trying to put heavy chefs and restaurants, we do not take steps to grab a place, but we we share it as consumers and then we excuse our experience on the reader's service. " The new edition will begin on Monday, November 19th.

11.10 HOURS
About the weight of a star, Marco Do, director of communications at Michelin Italia, predicted a new one astral rain because he said that "the 2019 edition is striving more than 2018". He also announced, but without adding new details, Michelin will present a new launch initiative in 2020. News is different. For example, the presentation of the next guide will be presented in Piacenza, with the great satisfaction of the mayor who speaks about the sector of catering as a strategic sector, and then in Reggio Emilia.
Moreover, Emilia Romagna, as underlined by a regional councilor, boasts 32 restaurants from 257 gourmet gourmets and 44 dop and igp products, in a real European record. 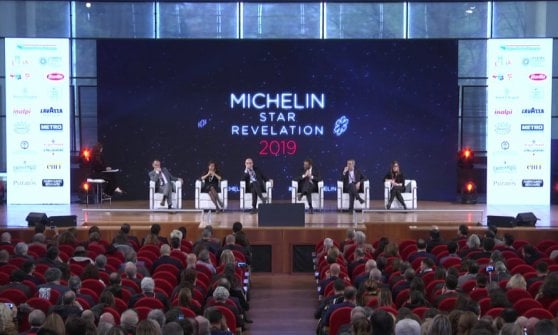 SUTRA 11.00
Only Niederkofler, who interviewed before the official launch, spoke about the weight that the stars imply, both in an emotional and economic sense, for traffic that brings with a wider clientele. The southern Tyrolean chef also highlighted the strength of Italian cuisine, more and more in search of overseas and a miraculous moment of experience.

The signatures of Renzo Piano is Paganini Auditorium, opened in 2001, which, in the audience's presentation of the 64th edition of the Michelin Italia guide, is not a public music lover, but cooks, restaurants, a women's and men's room, gastronomic critics and food bloggers.
But a relationship with food-related satisfaction is: The Auditorium was born in fact from the restructuring of the Eridania sugar refinery, in an operation in Parma from 1899 to 1968, according to a vision of a well-known architect for the recovery of disused industrial areas.
Leading voice in Red Star radio, radio speakers and television lecturer Petra Loreggian, with the task of presenting the protagonists on November 16th.

There is usually a lot of anxiety to find out any new, preferably positive. Like the one that last year brought "three stars" from eight to nine, with the addition of the best (Osteria Francescana Massimo Bottura in Modena, Dal Pescatore from the Santini family in Canneto sull "Oglio", Enoteca Pinchiorri from Florence, Piazza Duomo in Albi , Le Calandre degli Alajmo in Ruban, Da Vittorio in Brusaport, Il Reale in Castel di Sangro by Nick Romita and Pergola by Heinz Beck in Rome) Hubertus in San Cassiano under the guise of the cook of the Cooka Creator Mountain Norbert Niederkofler.