The prepared cocktails are here to stay 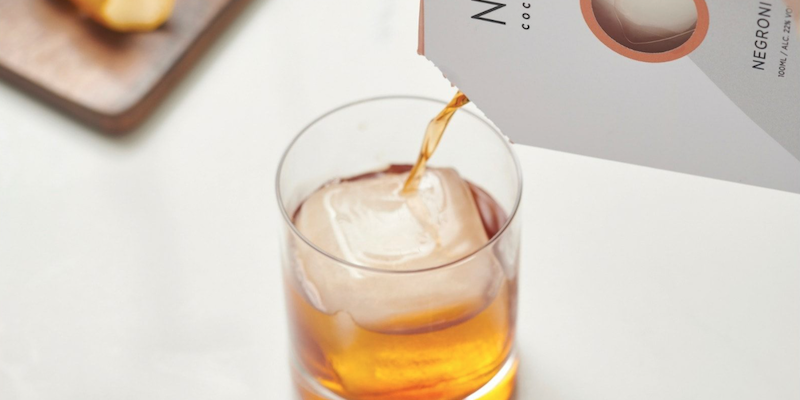 Since bars and restaurants closed for the first time in March last year, alcohol consumption – like many other things – has moved into homes. Companies that sold packaged and ready-to-drink cocktails ready to drink) they have increased their sales and new startups have appeared to meet this trend. One might think that the success of these products is related to the period we are going through, but drinking already homemade cocktails was a habit that was taken advantage of earlier and will probably continue.

“The resistance to cocktails already made in Italy is due to the fact that we are used to drinking excellent wines and beers and to the quality mixology (or the technique behind the preparation of cocktails, ed.) Little to make way Even today, many think, “why drink a cocktail if I can drink good wine?” Giovanna Rumor, co-founder of Eleven Cocktails, told us: “Ultimately, in Italy the demand for quality is very high and we had to wait a while because the prepared cocktails reached high levels. I think we are here: there has been a lot of research in this field in recent months. “

According to data published by Nielsen, the ready-to-drink cocktail market in the United States grew by 80 percent between April 2019 and April 2020, so just before the pandemic began to keep people away from bars and restaurants . In particular, the most popular in the United States are canned cocktails, which New York News he says they went from “non-existent to ubiquitous in a few years.”

It’s no coincidence that The Perfect Cocktail, a cocktail company already founded in 2016 by three Italian businessmen, debuted in the US market and arrived in Italy just a few months ago. “The blockade has certainly boosted the consumption of all alcoholic beverages,” they said, “at the moment our growth rates are around 30% every month and most of our sales come from our e-commerce.” At the Italian site, at the moment, you can buy ten packaged cocktails, from Manhattan to Vodka Sour, contained in single-dose sachets sold in packs of 5 or more. 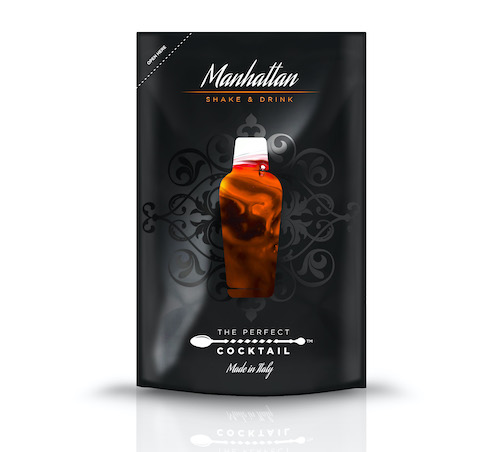 – Also read: The perfect ice cube exists, if you know how

Eleven Cocktails is a project born from the idea of ​​Giovanna Rumor and Alessandro Pozzi, former members of the restaurant bar Barman Eventi. The idea of ​​selling artisanal cocktails prepared online was born before closing, but only in that period, when events suddenly stopped, did the two find the time to dedicate themselves to it and start the business: “during the our restaurant people asked us how to taste our cocktails again and we didn’t have a bar, we never knew what to answer ».

“Italy had lagged behind other countries, but even before the market closed the ready-made cocktail had begun to grow. With the blockchain, sales have increased and the companies that sell these products have increased: as a result, even the average level is now much higher, ”said Giovanna Rumor. “In our opinion, these products will continue to be sold because people have a habit of having the same quality that is found in the bar even at home, in the office or during a picnic in the park. In this sense, the issue of quality is absolutely central. 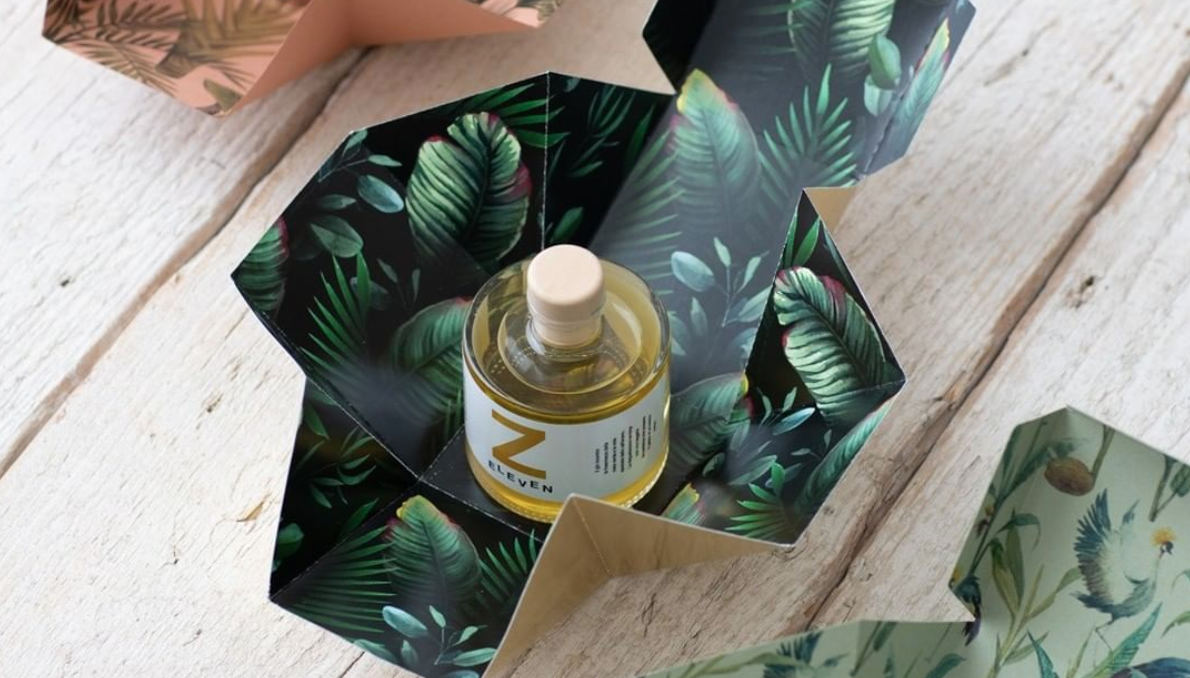 Thinking of takeaway cocktails, in fact, one might think of products like Bacardi Breezer or other drinks with sweet and unrefined tastes, widespread especially among teenagers in early alcohol experiences. But among those who have begun to produce ready-to-drink cocktails, there are often also reputable restaurants or companies. In October, for example, the Emporio Armani restaurant in Milan presented its single-serve cocktails promoting them with themed music lists and in November the Peter in Florence distillery, which produces gin in the Florentine hills from of 2017, he added three cocktails to his bottled catalog: Martini, Martinez and Negroni. From June, you can also buy Mi.To and Negroni online in single-dose glass bottles from Carpano, the centenary company in Turin that invented vermouth.

– Also read: What you need to make cocktails at home

The idea of ​​Drink | It was born in 2015, when the two owners of a bar in the Monti district of Rome began producing bottled cocktails for the most loyal customers, who asked them for one last drink when it closed. To meet this demand, in 2017 the two partners opened a small workshop and began selling a collection of Gin Martini, Negroni and Amaro Perfetto in small bottles. These cocktails have been gradually added, even exported to Germany, Denmark, Switzerland and Israel.

Best Selling Drink | This is Negroni, which is made with 5 gins, 3 bitters and 6 vermouths and left to rest for at least 3 months in steel containers to combine the flavors. “The result is a harmony of flavors that can not be found in any cocktail that is made in the local bar,” said Emanuele Broccatelli, founder of Drink | Together with Valeria Bassetti. “Our company was already growing: in our opinion, the blockade simply gave a boost to a trend that would have exploded anyway. The idea that you can drink well even at home has been erased from people’s minds. 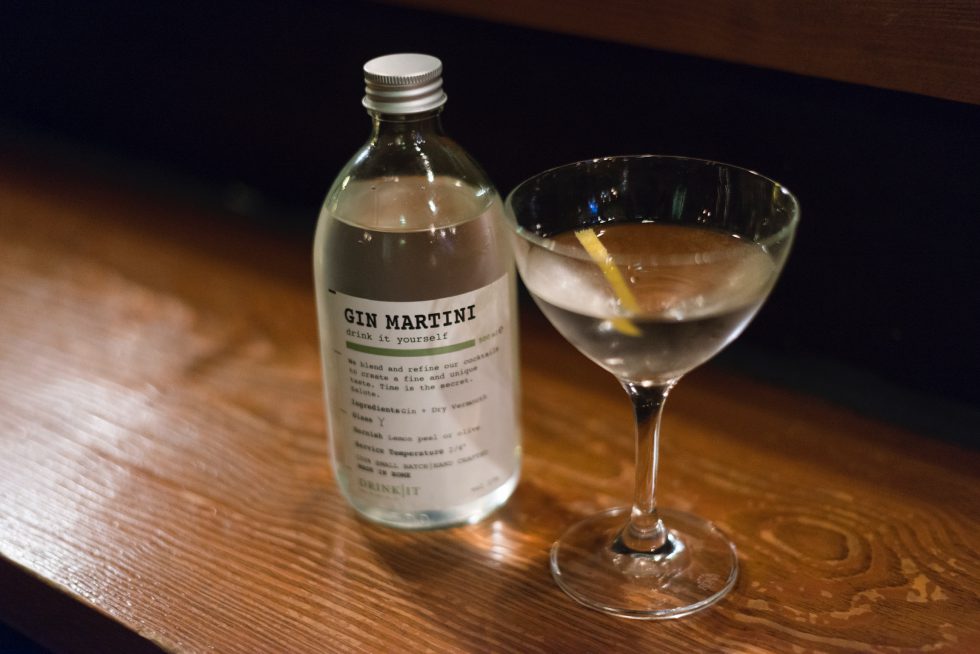 NIO Cocktail was also born before the closure, three years ago, and says it has since had to “change three floors to keep pace with growth.” Their cocktails are mixed by bartender Patrick Pistolesi, whose Rome bar, Drink Kong, was included in the list of the 50 best cocktails in the world in November. “We don’t make long drinks (like Gin Tonic for example), but mostly traditional American cocktails, to drink in a low glass, with a single ice cube and 100ml portions and no more,” they said, “viouslybviamente not to all audiences they love these details: our goal is to offer high quality cocktails and create a culture of good consumption.Surely all countries have their own approach to food and drink: in Italy we are very demanding and for this reason it is it is important to show that prepared cocktails are not necessarily synonymous with low quality ”.

Quality attention also goes through the care of packaging design. Unlike the United States, canned cocktails are unlikely to be sold in Italy. The two most common solutions for storing mixtures are plastic bags containing cardboard packages and glass bottles, which are often the most expensive. Those of Drink | For example, they are very recognizable because they remind you of the cough syrup bottles of the past. Eleven Cocktails said the choice to use the glass bottle has two reasons: “The first is that the cocktails we sell have niche recipes, created by us, and we also wanted the presentation to convey the idea of ​​how precious that “That’s why he inspired us in the world of perfumery. The other reason is that we wanted to keep the typical pouring gestures of some cocktails that are consumed at the counter.” 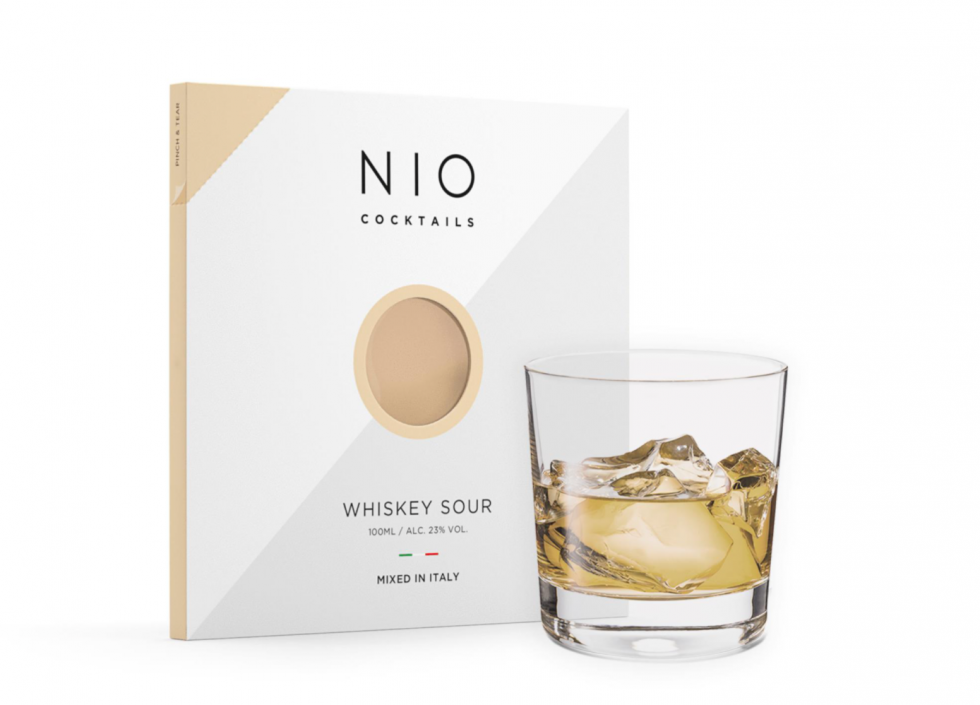 – Also read: What about the most famous cocktails

Compared to what will happen next, when the bars reopen and alcohol consumption at home will likely decrease, there is no special concern. The perfect cocktail said that “for the future we hope to resume distribution in hotels and increase our presence in restaurants, so that the habit of ordering not only food but also drinks at home is extended. For example, in Milan, the service is now available by placing an order with GUD with the Glovo delivery application.

Eleven Cocktails works great with companies and stores, which use single-service bottled beverages for the brand, that is, to give visibility to their brand on particular occasions when they are open to the public or to make corporate gifts – some they ask for a custom recipe, others buy cocktails that already appear in the catalog but have the custom label. In addition to working with companies, before closing in Drink | It often happened to receive requests from people who wanted original gifts for weddings or other events.

NIO Cocktails is already working with several retailers, including so-called “concept stores”, stores with exhibition areas focused on interior design: “the home is increasingly a place of aggregation, we spend more and more time there and this trend was already clear before the blockade began. ” NIO Cocktails are also sold in hotels, restaurants and airlines. “For example, our cocktails are useful if an airline wants to offer a drink but doesn’t want to bring bottles and other dirty things on board, or for hotels that want to offer high-quality cocktails at all hours, even when the waiter is not there. ‘is “.

Falconer pegs: "They say it all happens over time, not so for those who knew him" – Milan News