three-wheeler on the Michelin Guide. In Cracco, however, the star escaped 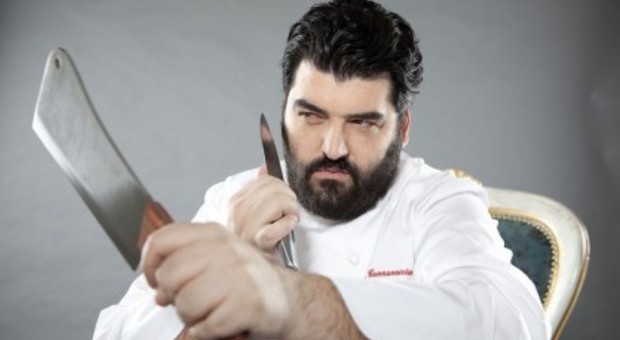 «Exciting» for Cannavacciuolo who makes a hat-trick with his clever Villa Crespi and the first star on Bistro in Turin and Novara. Mauro Uliassi Mauro Uliassi, who with his family restaurant Uliassi in Banchini di Levante in Senigallia enters hot applause at Olympus from ten restaurants with Michelin.

«The story, passion, the sea. From this comes the kitchen where the Catia brothers in the room and the Mauro Chef love to define a simple and modern. An unforgettable experience, a unique kitchen that deserves a trip, as required by three Michelin stars, "writes Sergio Lovrinovic, director of the Michelin guide. And who knows with such an important board, which immediately receives reservations from all over the world, Uliasi, "today so happy having a heart in the sugar", can still afford to stay closed for three months a year. .

"I think people – say that a chef from the Marche region is realized through love and work. I was lucky enough to have both, paying attention to their holding. I do not live in Milan and can not judge Masterchef's role, but I like to keep my passion and ease. "Among the first to congratulate Massimo Botturi: they rewarded a man who has always been looking for quality," said companion Moreno Cedroni. "Marches is a great Italian restaurant" on social media.

Who, instead of the symbolic face of Masterchef Carla Cracca, today can not celebrate the re-establishment of another star. Also in Milan, another icon of luxury, the restaurant Armani, loses its star. At the top of the 64th edition of the Guide remain at the top Massimiliano Alajmo, Le Calandre in Ruban (Padua); Massimo Bottura, Osteria Francescana in Modena; Chicco Cerea in Brusaport (Bergamo); Enrico Crippa, Piazza Duomo in Albi (Cuneo); Annie Feolde and Riccardo Monco, Enoteca Pinchiorri in Florence; Norbert Niederkofler, Sv. Hubertus in San Cassiano (Bolzano); Niko Romito, Reale in Castel di Sangro.

The new edition of red is the invitation to travel to over 4,500 Italian hotels and restaurants, including over 1500 restaurants offering a good meal with quality products, 257 are Bib Gourmand, these are addresses that should not be missed because the complete menu does not cost more than 35 euros, and 367 are star restaurants, with ten three-star worth of trips, along with 39 of Michelin's two stars and 318 Michelin stars who deserve a bypass route off the road. The stars are only 20% of address addresses, but they are the ones that the restaurant world looks like.

Gwendal Poullennec (38), the new international director of Michelin Guides, said he was enthusiastic about Italian cuisine that knows how to improve production and typical excellence on a global scale. "I am convinced – the creator of the new digital interfaces in the food group of the group said – that with our guide Italy we take photos of the summit of the iceberg and that there is still a lot of discovering the gastronomic heritage of excellent tricolor, which makes Italy an unforgettable destination for our travelers». That is why a three-year tour in the Valley of the Valley of the Valley of the Emilia will lead to new Michelin initiatives along Via Emilia, with stops in Parma, Reggio Emilia and Piacenza, where the next issue, number 65, of the guide will be presented.

"The trio is exciting: as a child, the chef sees the star, I've been doing this job since 1997, for the first time the stars seem to be separate, now I'm there and there are three." In Vila Crespi, this year has reached the 20-year target at Cannavacciuolo Bistrot in Turin and in Novara. "For Antonina Cannavacciuolo the confirmation of two stars in Villa Crespi and the arrival of the first star for two new clear" confirm the value of the project. We are a good group, in all 170 people – he said – with about fifty boys, white jackets, who want to work and who are well supported by two great chefs: Turin Pino Savoia and Novara Dario Dalmonte ».

To my father, who called for congratulations, says Cannavacciuolo, I said that the prizes in "rossa" are another starting point for improvement. The brigade is already ready for new challenges ". Today, the television star deliberately did not participate in the Michelin Star Revelation in Auditorium in 2019 so as not to overshadow the work of Vincent Manicone's chef at the Cannavacciuolo Cafe and Bistro in Novara and the one from Nicole Somme in Turin. "It's their time," Antonino said, coming to Parma to celebrate with the boys tonight; "I've worked so far, but I'm coming to Parma because I want to hug them," he announced.