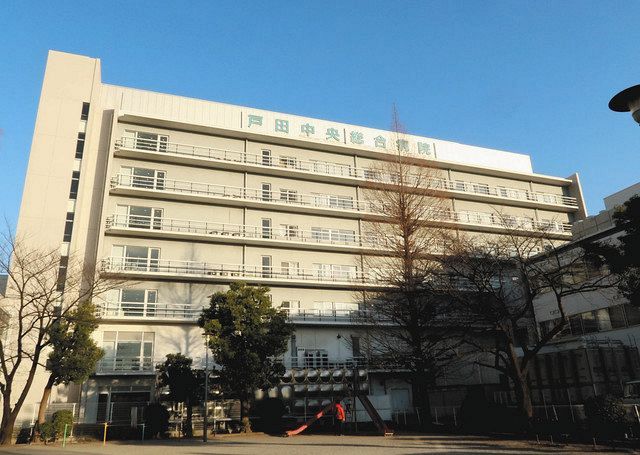 Toda Central General Hospital, where the cluster is expanding on a larger scale in Japan = 14th, in the city of Toda, Saitama Prefecture

The group of new coronaviruses (infected population) that occurred at Toda Central General Hospital in Toda City, Saitama Prefecture, is expanding on the largest scale in Japan. The number of infected people was 313 in 18 days, about two months after the first confirmation of infection. The large-scale grouping of hospitals, which play a central role in community medicine, is also affecting the transportation of emergency patients and the safety of beds for the new Crown. (Kiyo Iida)

According to the prefecture, the number of people infected in the hospital on the 18th was 165 medical professionals and 148 patients. Of these, 31 patients died. Infected people were confirmed in 12 of the 16 neighborhoods.

It was on November 17 last year when the infection of the medical workers in the hospital was first discovered. The hospital responded independently, but the spread of the infection did not slow down and the number of infected people rose sharply since late December. The hospital requested cooperation from the prefecture on the 4th of this month and the countermeasures group of the cluster of the Ministry of Health, Labor and Welfare and the prefecture set up a joint countermeasures headquarters on the 6th.

Headquarters has established an infection control system for the hospital, such as putting on and taking off protective clothing according to zoning, and giving instructions not only to doctors and nurses, but also to laboratory technicians. and rehabilitation personnel who often come in contact with patients to wear protective clothing. Strengthening. On December 31 last year, 29 people were recently infected on the 1st, but since the 10th of this month the figure has been from zero to four.

◆ Prefecture staff “There was a lot of contact between staff and patients.”

A prefectural official said the route of the infection was being investigated and said: “It is believed to be related to the degree of contact between staff and the patient. I think he was trying to take action, but it was insufficient.” . Pointed out. Regarding the prefecture’s response during this period, he said, “There was an infection control specialist in the hospital. (As a prefecture) I don’t think I should have done anything.”

As a result, more and more patients other than Corona are being transported to hospitals in neighboring municipalities such as Kawaguchi City and Warabi City. According to the Toda City Fire Department, 60% of the destinations were Toda Central General Hospital, but the time it takes to get to the hospital from number 119 with out-of-town transportation has been extended by about 10 minutes.

In addition, hospitals in neighboring municipalities that planned to open beds for the seriously ill Crown will also be able to manage emergency transportation and the prefecture’s plan to ensure Corona’s beds has been delayed.

◆ Always feeling the fear of infection …

An official at Toda Central General Hospital told the newspaper that the number of staff infections has risen sharply since late last year and that other human resources are being forced to deal with hospitalized patients and went say, “It’s like a field hospital.” .. “Employees always work with fear of infection,” he said.

The number of people infected is 165, which is about 10% of all staff. “We have started to return to work little by little, but at one point the number of staff has decreased to the point that no one has passed. Doctors who do not specialize in cardiovascular disease take turns treating patients with crown, ”said one person familiar with the subject.

◆ Even if the trader wears glasses and masks, conversation is prohibited.

After the beginning of the year, when the countermeasures team of the Ministry of Health, Labor and Welfare joined, the rules for the control of infections became stricter, the tapes indicating the area to put on and take off clothes. of protection were placed near the entrance and exit of the hospital ward and a room in the ward was a garbage storage area for used protective equipment. Specified in.

In another 9 days, in view of two weeks, there is an instruction to better control infections. Not only do staff, but companies entering and leaving companies need to wear glasses, and conversation is prohibited even if they wear masks in the lobby and closets. Entrance to the lounge was staggered and the number of people was limited.

“If we could take these steps in the early stages and perform PCR testing on all staff to find asymptomatically infected people, the infection would not have spread so far,” said one person familiar with the matter. (Toriyoshi Kondo)

MSI launches “CLUTCH GM41 LIGHT WEIGHT”, a gaming mouse that is easy to move and does not get tired with 65 g | MSI Computer Japan Co., Ltd. Press Release