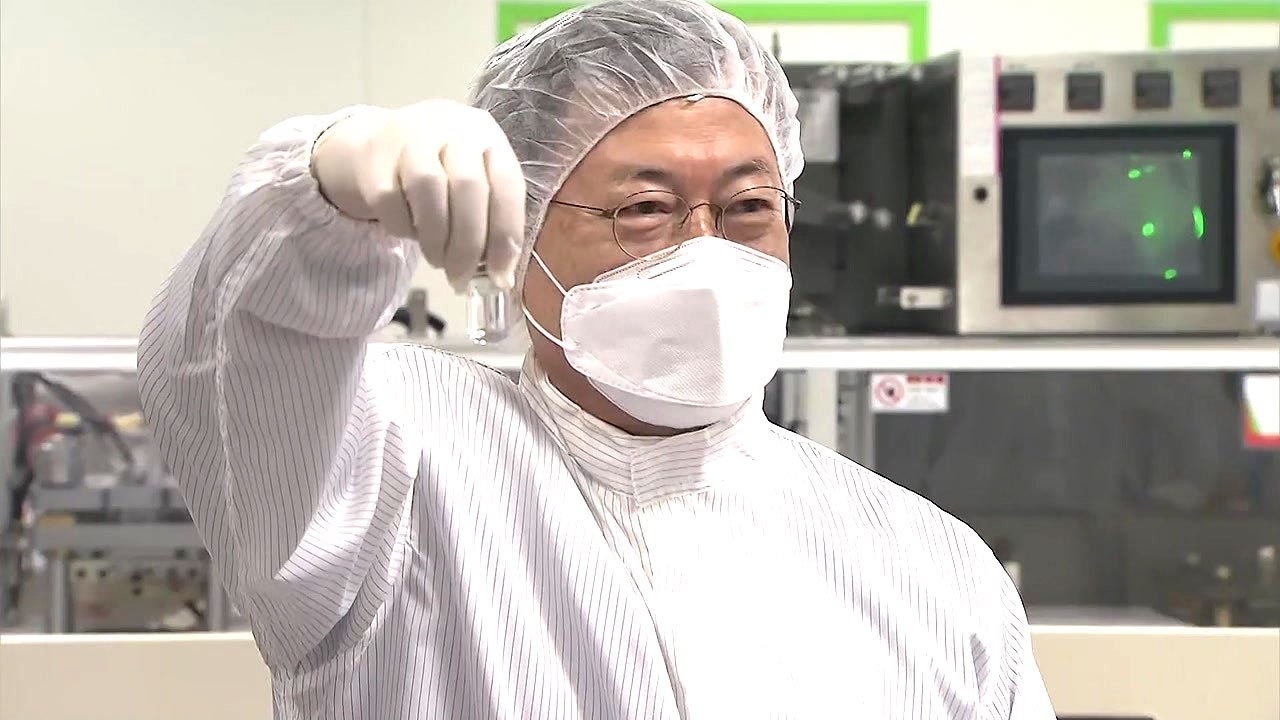 [앵커]President Moon Jae-in visited a factory dedicated to the production of vaccines from global pharmaceutical companies and said there is a possibility of getting an additional 20 million in addition to the currently insured vaccine of 56 million.

In particular, he said that this contract has a meaning to receive technology transfer and is expected to play an important role in accelerating the development of Korean vaccines.

This is reporter Cha Jung-yoon.

After reviewing the vaccination process and the quality inspection process, President Moon called for full preparation for a quick and safe vaccination.

In addition to the 56 million vaccines obtained previously, it is said that it is possible to insure a total of 76 million, up to 20 million.

In particular, President Moon said this contract has special significance for receiving not only production but also technology transfer, and assessed that the development of domestic vaccines could be accelerated.

It is possible to produce additional quantities separately from the production of existing consignments and, through this, all vaccines produced can be supplied to Korea.

The government plans to build massive immunity by November at the latest with a sufficient and sufficient number of vaccines.

Separately, President Moon expressed his willingness to support the development of vaccines of domestic companies to the end to ensure the sovereignty of vaccines.