Doosan, SK manages Hawks 30 to 19 in the rival battlefield – Chosun.com 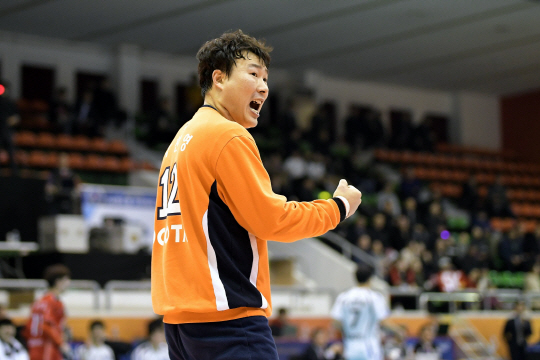 Doosan, led by coach Ioon Kiung-shinom, won the 30th and 19th win in the third match of the men's team of the SK Handball of the Korean League in the 2018 2019 season with SK Havka on the national residence of Cheongju in the national settlement on July 16. Pravda (8 goals – 1 assistant) and Jo Tae-hoon (7 goals – 1 assistant) led the team in the offensive. Goalkeeper Park Chan-ieong also kept the back door strong with 12 saves. In particular, Park Chan-Young wrote a record of achieving 800 savings.

The match between the two teams is foreseen with the best opponent's matches. It was a conflict between Doosan, who once again challenged the summit and SK Havks, who wanted to stop him.

But the game was surprisingly easy to finish. Doosan managed to link the attack on SK Havks around nine minutes from nine minutes. At the same time, Joe Tae-hoon and Kieong-Kiung took the lead and earned results. Doosan finished with 14-4 with big lead.

In the second half of the year, Doosan's momentum did not stop. Especially the goalkeeper Park Chan-ioung held the victory by blocking the attack on SK Havks. Doosan, who did not miss the initiative, finished with a 30 to 19-year win. Kim reporter [email protected]