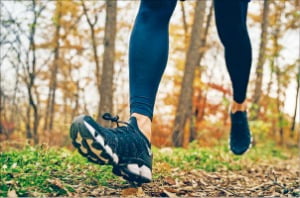 Researchers at the University of Massachusetts
Reduce mortality by up to 70%
The effect is similar to walking 10,000 steps

According to the medical community on the 22nd, researchers at the University of Massachusetts in the United States published the results of the research containing these details in the latest issue of the international scientific journal “JAMA Network Open.” The researchers used data from a large-scale cohort study (CARDIA (Coronary Artery Risk Development in Young Adults)) that has been conducted since 1985. CARDIA is a study that tracks 5,000 young adults among 18 and 30 years to analyze the causes of cardiovascular diseases that develop in old age. The National Institutes of Health (NIH) that conducted this study analyzed the health status of 2,100 participants between the ages of 38 and 50 between 2005 and 2006 who wore a pedometer for 11 years.

In the group with little walking, the mortality rate decreased progressively in proportion to the increase in the number of steps. People who walked 4,000 steps had a 30% lower risk of premature death than those who walked 2,000 steps. This was valid up to 10,000 steps.

The first author of the study, Dr. Amanda Palucci of the University of Massachusetts, said, “If a person walking 4,000 steps walks 5,000 steps, the all-cause mortality rate decreases.