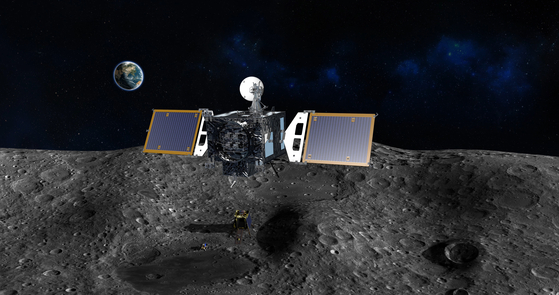 The outline of the scientific mission that will carry out the Korean lunar orbit to be launched next year has been outlined. The image is a virtual map of the lunar orbit. [사진 항우연]

The specific mission of the Korean lunar orbit that Korea will launch has been revealed. On the 1st, the Ministry of Science and ICT (Ministry of Science and Technology) presented a plan to operate a scientific mission to the Korean lunar orbit Pathfinder (KPLO), which will be launched in August next year. . The lunar orbiter goes into space with six payloads and goes 100 km above the lunar surface for a year and performs various missions. Focusing on what payload is mounted, we observe what mission the lunar orbit will perform. 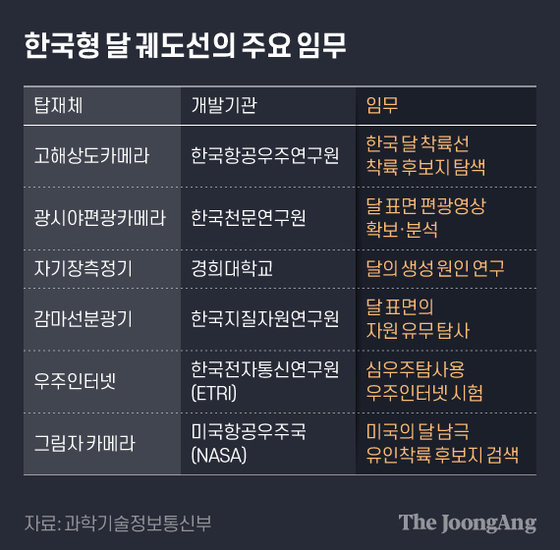 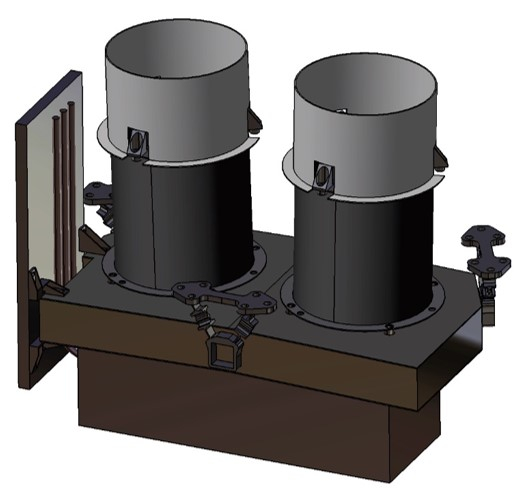 The high resolution camera (LUTI, LUnar Terrain Imager) is a camera that photographs the main areas of the lunar surface. The high-resolution camera developed by the Korea Aerospace Research Institute has a maximum resolution of 5 m or less and accurately observes the lunar surface. The position error, which is the maximum distance between the actual position and the position photographed by the camera, is less than 225 m.

As it observes the lunar surface so accurately, the lunar orbit looks for candidates to land where the lunar lander should land, which will be launched in 2030. It also shoots astronomical images that can be seen from the moon using a high camera resolution. 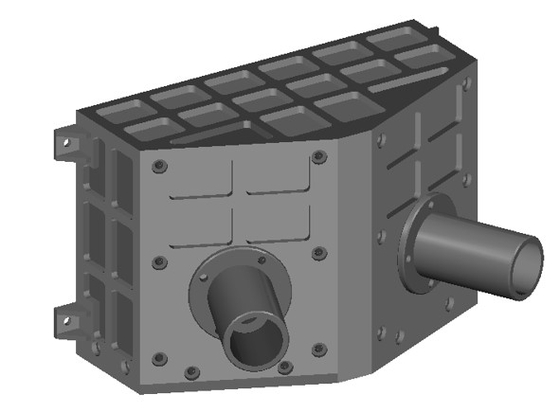 A wide-field polarization camera developed by the Korean Astronomical Research Institute. It shoots the vibrating light in a specific direction and advances. [사진 과기부]

The wide-angle polymetric camera (PolCam) developed by the Korean Astronomical Research Institute photographs the surface of the moon with a resolution of 100 m. A wide-field polarization camera captures polarized light (light that vibrates in a specific direction and travels in a specific direction) that normal cameras cannot capture as an image. The world’s first polarization map on the lunar surface is expected to contribute to the study of space weathering caused by impacts of micro-meteorites on the lunar surface, solar wind, and high-energy spacecraft.

“The Lunar Reconnaissance Orbiter (LRO) launched by NASA created a map of the titanium moon with a resolution of 300 m.” It will be used for lunar surface geology research and resource exploration by creating a titanium map with an accurate resolution of 100 m. ” 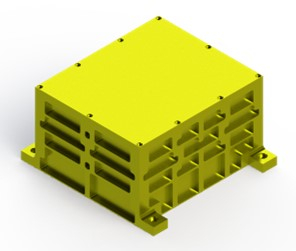 A magnetic field meter, which measures the minimum magnetic field around the moon, is mounted on the lunar orbital line and is used to study lunar magnetic anomalies. [사진 과기부]

The Ministry of Science and Technology hopes that “the magnetic field meter can obtain the data needed for research to investigate the process of formation and evolution of the moon or investigate the space environment.” 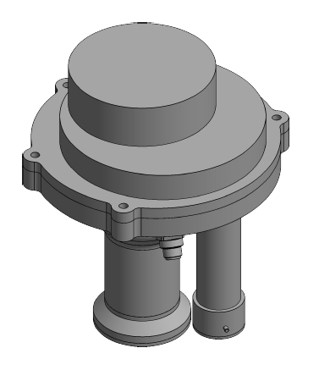 The gamma-ray spectrometer developed by the Korean Institute of Geoscience and Mineral Resources performs the task of exploring lunar geology. [사진 과기부]

The gamma-ray spectrometer (KGRS · KPLO Gamma-Ray Spectrometer) developed by the Korean Institute of Geoscience and Mineral Resources collects gamma-ray measurement data on the lunar surface. Performs lunar resource scans using a gamma-ray spectroscopy system based on a scintillation detector. Specifically, he plans to create an “elemental map” by investigating what elements exist on the moon. It is studied whether helium-3, which attracts attention as a source of clean energy, and water, oxygen, rare earths or minerals, which are essential resources for life, are present. to the moon.

In addition, gamma-ray spectroscopy is expected to be used for geological and lunar resource research by searching for materials that can be used to build lunar bases. The Ministry of Science and Technology explained, “In the process of lunar resource exploration, gamma-ray spectroscopy is expected to provide important information about candidates for the selection of the lunar landing site.”

The DTN (Disruption Tolerant Network) verifier developed by the Institute of Electronics and Telecommunications Research (ETRI) verifies Internet space communication technology between Earth and lunar orbits. It is responsible for the transmission of messages / files or the test of real-time video transmission.

According to the Ministry of Science and Technology, a high-resolution camera, a wide-field polarization camera, a magnetic field meter, a gamma-ray spectrometer and a space Internet verifier were developed with home technology. The five payloads developed by Korea were already in stock at the Korean Aerospace Research Institute, which is the governing body of the lunar orbit. 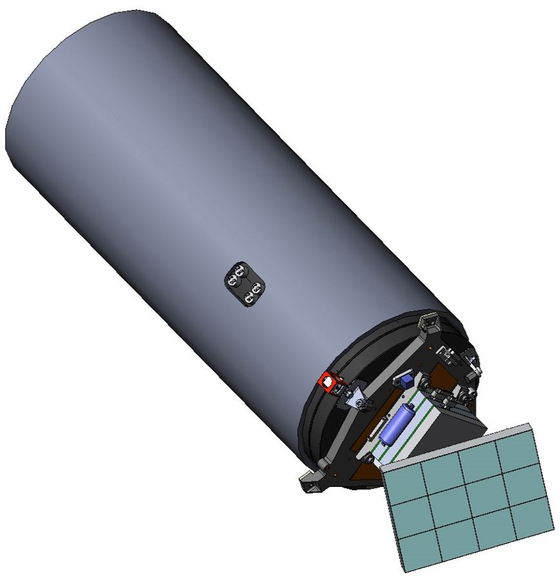 A shadow camera mounted on a Korean lunar orbiter to explore the dark areas of the moon. [사진 과기부]

The shadow camera (ShadowCam) developed by Arizona State University in the United States is in a Korean lunar orbiter to explore the dark areas of the moon. The sensitivity is known to be approximately 800 times better than that of a shadow camera mounted on an American lunar reconnaissance satellite orbiting the moon.

The moon rotates and rotates in the same period, so that only one side is always visible on Earth. Therefore, some areas of the moon are permanent shaded areas that have been shaded throughout the year. It is too dark to shoot with a normal camera. The shadow camera is a camera that can be shot here.

The reason for filming the area with permanent shadow of the moon is that there may be water or ice here. The moon has no atmosphere, so water molecules evaporate immediately when exposed to sunlight. On the other hand, there is a hypothesis that there is a possibility that traces of water molecules may exist in the shaded areas of the moon and a shadow camera is used to test this hypothesis. Shadow cameras are scheduled to be brought to Korea in June through the National Aeronautics and Space Administration (NASA). 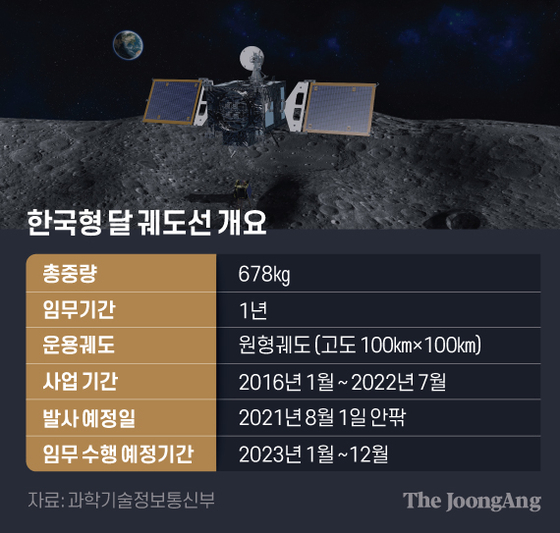 The Korea Aerospace Research Institute said, “The lunar orbiter is scheduled to launch on August 1,” and said, “We are preparing to launch the lunar orbit no matter how long it is before August 9. September “.