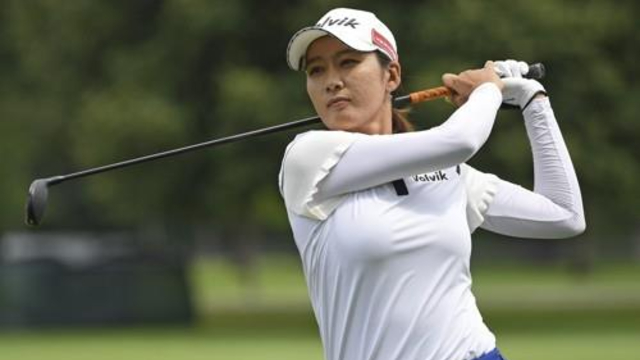 Choi Woon-jung (31) took the lead in the first round of the ISPS Handa World Invitational (total prize pool of $ 1.5 million) on the LPGA Tour.

Choi Woon-jung won 7 to 66 years in the first round of the tournament at the Brown Gom Castle Golf Club (par 73) in Balgom, Northern Ireland, UK on the 30th (Korean time).

Choi Woon-jeong, who took the lead along with Jennifer Cupcho (USA) and Gemma Driver (Scotland), is set to take part in the competition for the first champion of this year’s competition.

Choi Woon-jung has yet to reach the 2nd mark since winning his first professional victory in the 2015 Classic Marathon.

Choi Woon-jeong flew from the beginning on an unknown course in Northern Ireland, the first time in his life.

Choi Woon-jung, who took momentum with an eagle in the first hole (par. 5), took the initiative by reducing 5 strokes in the first 4 holes with birdies from the 2nd to the 4th hole in a row.

Choi Woon-jung said, “I was lucky. I didn’t have many rounds of training, so I couldn’t understand the route. But everyone thought the conditions were the same and they tried not to miss the fairways and the greens. Fortunately. , the shot went well “.

Lee Jeong-eun (25), who suffered a comeback defeat in the Amundi Evian Championship in the main event, hit a pair of 1s against Galgom Castle Golf Club and was tied for 71st place.

Jeong-eun Lee struggled with unknown routes and greens, including the dumping of 4 birdless bogeys up to the 7th hole, but he took the first bird out of the first round into the 10th hole (par. 5) and at the end of the 15 to 18 holes, 3 birds and bogey. By tying one, he showed the back heart that reduced two more shots.

After competing for the championship in the final round of the Evian Championship, Korean American Noh-rim (USA), who finished third, recorded a match-up 73 at Galgom Castle Golf Club.

This competition is characterized by being held together with the European professional golf competition on the same course with the same name.

Male and female athletes compete on the same course on the same day, only the duration of the course is different.

The total prize of $ 3 million is divided equally between men and women, and the winner’s prize is also $ 225,000.