In Latvia, Škoda has become the most popular new car brand among individuals 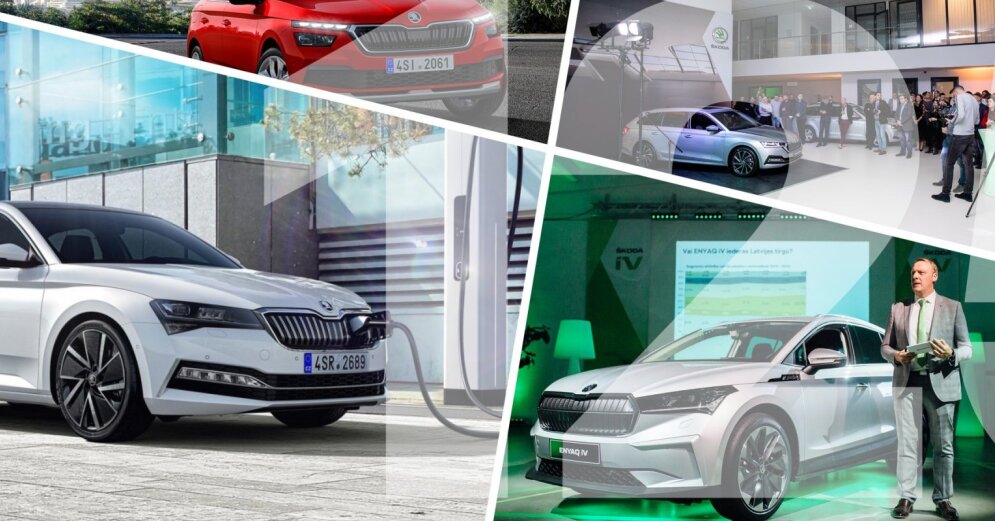 Despite the challenging events of 2020, Škoda in Latvia has been able to increase its sales, reaching 1,938 units and thus improving the 2019 result by 8.5%. In addition, Škoda was the most popular brand among individuals last year, as well as the No. 1 brand among new passenger cars, excluding commercial vehicles registered as M1 passenger cars.

This increase allows the Škoda brand to rank second on the list of best-selling cars and reach an unprecedented market share of 14.3%, up 4.5 percentage points by 2020.

The year 2020 was special for the Škoda brand, as the company’s 125th anniversary was celebrated. In 1895, Vaclav Laurin and Vaclav Clement began this historical story in the Czech city of Mladá Boleslav.

The first months of the year in Latvia started very promising, the new Škoda Kamiq had just won the title of Latvian car of the year 2020 and customers ’interest in this model confirmed the jury’s assessment. In February, Riga’s second dealership was solemnly opened: Verte Auto, the most modern and current Škoda dealership center in Eastern Europe. Over time, Škoda began offering its customers the opportunity to “build” their dream car in a virtual configurator, as well as buy a new car online without leaving home.

In the spring, which is usually the busiest part of the year in new car sales, an epidemic hit Latvia and a state of emergency was declared in the country. These events affected virtually every industry, including new vehicle sales. Already in March, new vehicle registrations decreased by 34% and in April and May by 58% compared to 2019.

Restrictions and uncertainty about the future came into effect, affecting both the plans of companies and individuals to make larger purchases. With the onset of summer and the lifting of restrictions, consumer confidence also returned and the new vehicle market gradually recovered, but was unable to fully recover. The deteriorating epidemiological situation at the end of the year further affected the results of all car brands and by 2020 only 13,522 new passenger cars were registered in Latvia, a decrease of 26% compared to 2019 registrations.

Škoda sales were still dominated by the Kodiaq (392 units), Karoq (254) and Kamiq (211) crossings, which together account for 44% of deliveries. Every third Škoda car registered in Latvia is an Octavia (613). The fourth most popular Škoda model is the Scala (203), followed by the flagship Superb (158), leaving behind the small class Fabia (105) and Citigo (2).

Maris Jansons, Head of Škoda Importer Auto 100 in Latvia: “In the spring, Škoda Latvija, in cooperation with manufacturers and dealers, made operational and significant changes to the supply structure to attract customers and be able to offer work to dealers. Cooperation in this difficult situation was based on several large leasing companies, offering an attractive offer to the market, thus minimally affecting the number of dealers, which is the key to the success of long-term customer relationships. which made it possible to offset the decline in the legal activity of customers and gain new customers in the private sector, which also culminated in Škoda becoming the most popular brand among Latvian individuals. ‘height of the first wave of the pandemic, and the attractive offer of appointments has allowed to enter the market our most important model, that together with the “Scala” occupies a third of the market of new cars annually ”.

“The second highlight of the year was the global launch of the new all-electric Enyaq iV crossover in Prague on September 1,” Jansons continues. “Against the general offer of electric cars, this model will be very competitive. We look forward to April, when Enyaq iV arrives at our dealerships and ride tests are available, as well as the first customers will receive their cars pre We already see that in 2021, Enyaq iV will have limited availability and it is likely that the car quota will be insufficient to satisfy the desire of all customers to own or use them, ”concludes Jansons.

Hosam Abu Meri posts a candid photo with his daughters

A station that prepares astronauts for space travel to the new wings of the Sun.

On Saturday, the SFRS rescued five people broken in the ice – in Latvia – News – TVNET