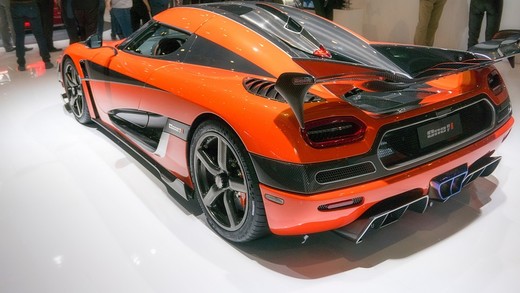 Koenigsegg and Saab, a Swedish automaker, the Chinese NEVS consortium, have announced a joint cooperation plan for the production of models for large masses of customers.

Both partners are in agreement that a joint venture will be created in which 65% of the shares will be owned by the NEVS, which will invest 150 million dollars in initial capital, while 35% will be owned by Koenigsegg, who will share Its technology and design ideas.

Koenigsegg believes that the cooperation with the NEVS will help strengthen the brand's positions in the hypermarket, as well as develop products in new and unexploited market segments.

After the bankruptcy of the Swedish brand Saab in December 2011, it was acquired in 2012 by the Chinese / Japanese NEVS consortium, created to assume the assets of Saab. A year later, the company resumed the production of the 9-3 model and in 2014 it began to sell in Sweden. In August of the same year, the NMS announced the bankruptcy and lost the right to use the Saab trademark. Now, the company manufactures Saab 9-3-based electric cars, but sells them under its own brand.

For the first time, vital organic matter was found on the asteroid – TVNET

Prior to vaccination against Covid-19, the patient must answer 13 questions

The given wolves fled. Latvia and France are looking for culprits