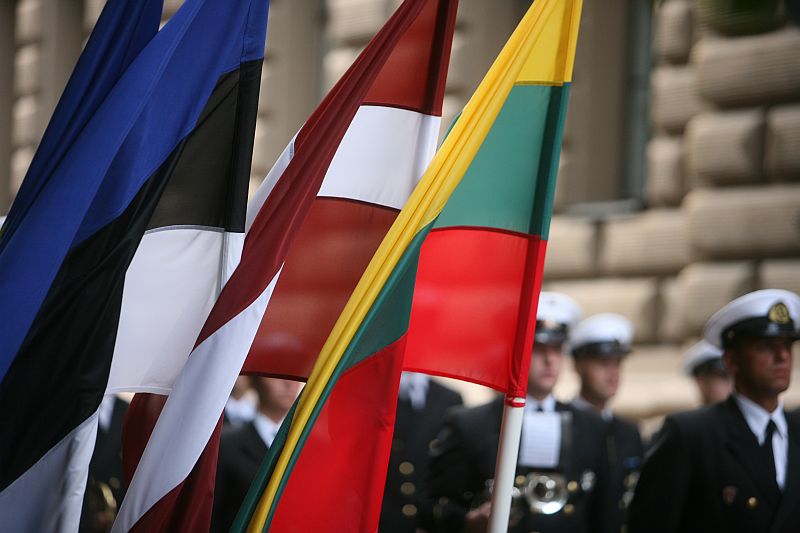 On the eve of the centenary celebrations, the Latvian economy is growing surprisingly fast, struggling with a series of challenges and exceeding expectations, which led to an increase of 4.5% this year in the latest Svedbank survey.

Growth is largely conditioned by investment and household consumption. The strong growth of the global economy has contributed to the growth of Latvia's exports, while short-sighted economic policies and deterioration in international relations have raised doubts about the sustainability of global growth.

Slower growth in external demand combined with slower production growth, a slowdown in the construction sector, a decline in non-resident banks' operations and a lack of labor force would limit the growth of the Latvian economy in the near future.

Next year, growth will slow to 3%, which is still quite good.

Despite the challenges, Latvia's economic growth is already in its second year already

Chief economist Svedbank Liu Strasun says that last year Latvian economy showed the fastest growth rate in the last six years, an increase of 4.6%. In the year of the centenary celebrations, economic growth is also positively surprised, with the first nine months growing at a similar pace as last year.

Bearing in mind that a number of sectors have shown better performance than expected due to different short-term factors, we have increased the economic growth forecast this year from 4% to 4.5%.

The main drivers of growth are household investment and consumption, which last year mentioned the champion of exports and exports. In addition, the economy of Latvia is balanced and in good condition to deal with possible external shocks, if any, says Stresun.

The increase in investments is closely linked to the strong growth of the construction industry, due to the faster inflow of EU funds and private investment. Due to capacity constraints and cost increases, the construction volume in the third quarter fell from 30% to modest but still very strong 10%.

Considering the large amount of construction, growth will be increasingly difficult, and growth rates will be much lower in the coming years.

In contrast, household consumption growth is driven by increased purchasing power. The situation on the labor market is getting tense: unemployment is at its lowest level in the decade and continues to decline (with an average of 7.6% this year to 7.1% next year).

As a result, an increasing labor shortage contributes to the rapid increase in average wages (around 9% this year, about 7% in the next year, with the disappearance of the increase in the minimum wage), which significantly exceeds inflation (this year an average of 2.6% next year – about 2.7%).

Despite various challenges – such as labor shortages, changes in the financial sector in Latvia, slower growth in partner countries' trading countries, global growth in protectionism – exports are generally good this year, but slower than last year.

The manufacturing industry is also getting smaller. Excellent performance shows exports of wood and products, but in large commodity groups, such as food and agricultural products, machinery and equipment, growth slows down.

The weaker export of agricultural products is responsible for dry weather, which has reduced yields. This effect will be better seen in the second half of the year and next year. Given the service, the ICT sector and transit stand out for good performance.

Transit performance is partly the result of temporary repairs in the competitive Russian port and the future perspectives of the sector remain fragile. As the business segment of the non-resident banking sector is diminishing, the negative position will continue in the financial services industry – from which we will have more effect in the coming year.

However, due to the lack of labor shortages and the slowing down of the trading partner's economies, and with the disappearance of short-term positive factors, the growth rate will slow to 3% and 2.5% in 2019 and 2020.

The main risks that can further reduce growth are from the outside, especially in terms of political development.

World economic growth this year remains very good, and the growth rate is expected to resemble last year. The United States this year will achieve the fastest growth in this business cycle, partly thanks to stimulating fiscal policy.

The highest growth rate in the eurozone is already behind us, and growth is slowly slowing down due to weaker exports. However, the economic foundations are strong, employment is rising and investment activity is recovering.

A strong economy encourages central banks to ease monetary policy support to avoid overheating, but wage increases will be cautious, and money will continue to be inexpensive.

At the end of this year, the European Central Bank will end the "new money issue", which will raise the refinancing rate for the first time since 2012 at the end of next year. On the other hand, the Federal Reserve will continue to raise reference interest rates quarterly by the autumn of next year.

Global economic growth is expected to slow down slowly from 3.7% this year to 3.5% in 2020. However, there are a number of negative risks that can significantly reduce growth rates or even lead to a new recession.

These risks have risen relative to August, when we published our previous forecasts. A trade conflict between the United States and China can be expanded to include other regions, such as Europe, which seriously detracts economic development in the world.

Damage can be caused by geopolitical tensions, including new international sanctions. Challenges for developing economies are the growth of US interest rates, which makes debt debt refinancing more difficult and a sharp rise in oil prices.

Each of these and other similar events can lead to significant adjustments on stock exchanges, and investor losses can also further delay economic growth.

Over the past few months we have experienced more fluctuations in the prices of shares and exchange rates that have not yet been reflected in the "real" economy, but have already started discussions on whether the arsenal of funds for creating economic policy for the next crisis is quite large.

At first glance, this arsenal seems to be negligible, given that interest rates are close to the historical minimum, and debt debts of many countries are disproportionately high. However, the policy makers' hands are not fully linked, stresses Stresun.

In central bank development countries, interest rates can be reduced if necessary, while in the US and eurozone, central banks can cancel the growth rates anticipated before the schedule and place more emphasis on timely guidelines on future monetary policy and apply new non-traditional monetary policy instruments, such as are financial purchasing tools.

Countries with relatively low levels of government debt, such as the Baltic and Nordic countries, can lend and stimulate the economy by increasing government spending and investment.

In addition, in the event of a crisis, politicians are generally more active in implementing and implementing structural reforms that increase the potential for economic growth. Consequently, even if the negative risks reach the realization and growth of the world stagnates significantly, there are available tools for overcoming.