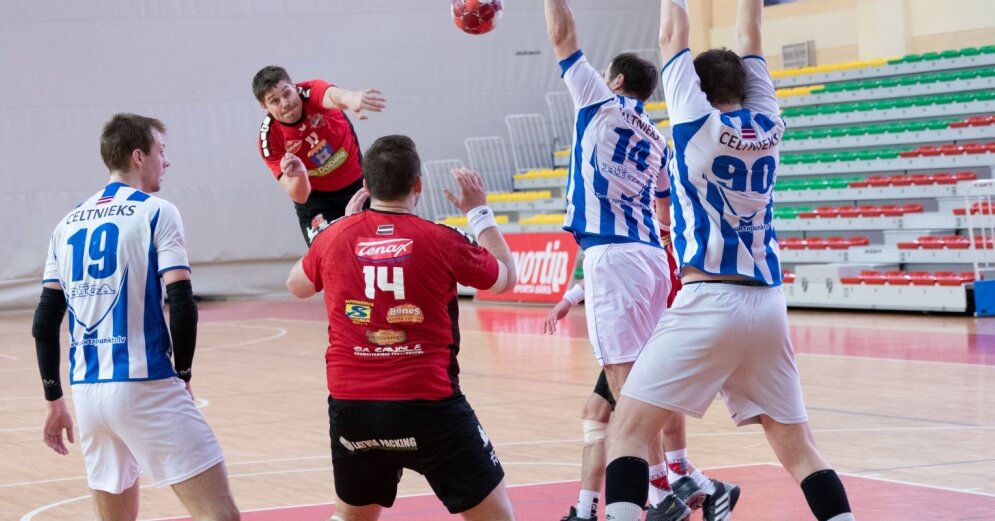 Dobele “Tenax” handball players celebrated victory in both the Baltic League and the Latvian championship matches on Saturday.

A similar match took place in the last ten minutes of the first half, but the “Celtnieks”, who made several mistakes in both defense and attack, allowed the tournament leaders to take a convincing lead and at the end of the game. half the team already scored a seven-goal lead: 26:19.

Also in the second half, Dobel’s players continued to retire and increased the goal difference to 14 goals until the end of the match – 41:27.

Māris Veršakovs was the most productive player in the Dobelian ranks and was accurate 12 times on 15 shots. Nils Aivis Miķelsons and Andis Ērmanis scored seven goals, but Oskars Arājs scored five more goals.

Aleksejs Haisa and Artis Kurēnns were the most productive of the “Celtnieks”, scoring six goals each, while Aleksandrs Pacikailiks scored four goals.

The outcome of the match was also included in the Baltic League competitions, from which both clubs withdrew due to Covid-19 restrictions.

The regulations of the Baltic League tournament provide for technical losses for a team that has decided to withdraw from the tournament. Games between Latvian clubs in this tournament are taken into account in the overall standings, but national teams receive technical losses against teams from other countries.

In the second match, the first victory of this season was achieved by ASK / LSPA, which was won at home by Vaiņode handball players with 29:22 (18:14).

Although the visitors managed to get ahead at the beginning of the match, soon the locals equalized the result and at the end of the half they got a four-goal lead (18:14).

Both teams started the second half unsuccessfully and by the 38th minute, Vaiņode handball player Oskars Pāvils had only scored one goal. However, during the rest of the half, the series of missed shots was stopped and both teams continued to play a similar game, in which “ASK / LSPA” was able to slightly increase the lead and win by 29. : 22.

In Vaiņode, Oskars and Ainārs Pāvili were again the most productive, scoring six and five goals, respectively.

In the third match of the Latvian championship of the day, Jūrmalas Sports in Kauguri awarded to “Ogre” with 22:31 (10:14).

Uldis Zariņš and Dairis Adamaitis scored five goals for the home team, but Toms Lielais scored nine goals for the visitors, four of them with seven-meter free kicks, and Vjačeslavs Rutka, seven goals from the game.

ASK / LSPA retains the last position of the tournament with four points in eight games.

The MSĢ / LAT 2004 team withdrew from the Covid-19 tournament due to restrictions.