VISC explains why the average test results are so bad 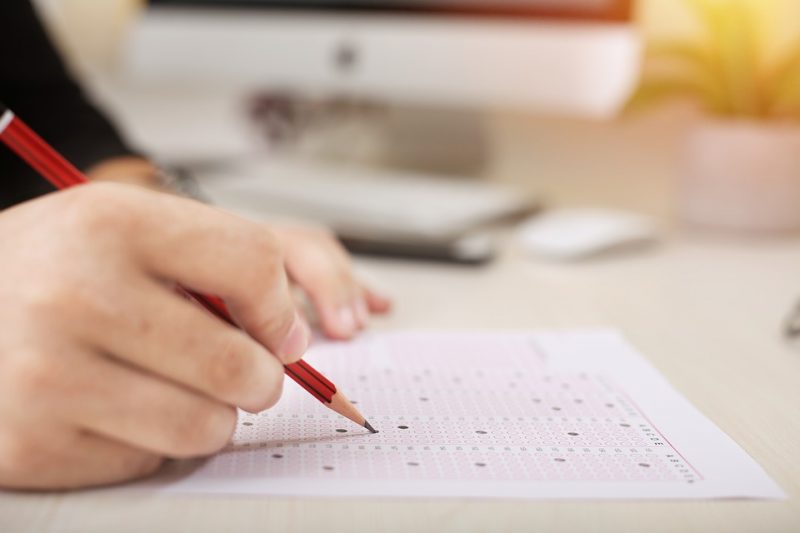 The average results of nationally centralized exams are exacerbated by the performance of professional education institutions and night students, LETA was explained by Diāna Āboltiņa, representative of the National Center for Educational Content (VISC).

Āboltiņa explained that, when observing the results of state examinations by type of educational institutions, the best results are traditionally found in state gyms, while the lowest ones are in professional education institutions and night schools.

According to the data collected by the LETA agency, students who failed to successfully complete one of the centralized exams have registered in vocational training schools or in night schools.

In the news, all types of educational institutions at the end of the training period pass the same exam, regardless of the number of hours planned for the subject in the curriculum .

LETA has already reported that the average student score in the maths centralized examination continues to decline this year, reaching the lowest point in the last decade, according to the information collected by LETA.

The fall of the average result continues for the fifth consecutive year and the LETA agency clarified the National Center for Educational Content (VISC).

In the last ten years, in 2015 the highest average mark in the math test reached 43.6% for a year. The downward trend in the average result has been observed since 2013, a few years before the average score increased slightly. This year, 226 students did not pass the mathematical exam.

In the English test, the country obtained 62.7%, the maximum of the last ten years. Also in the Russian language exam, students achieved the highest average result in the last ten years: 74.4%, which is 4.1 percentage points more than last year.

The performance of high school students in chemistry has been very volatile during the last ten years. This year, the registered profit of 62.8% is greater than 1.3 percentage points compared to the previous year. The best average was reached in 2015: 65.6%.

The average student performance in the biology examination continued to decline this year, reaching 57.1%, the second lowest figure in the last decade. Also in the historical examination, the average results of the students were volatile, this year, one year after the fall of the results, as it rose to 41.3%.

If the student is not satisfied with the evaluation obtained in the centralized examination, he has the right to write a request addressed to the VISC with a request to review the evaluation received during the month in accordance with the procedure specified to the Law on administrative procedures. The VISC Appeals Committee will review it within the term of one month after receiving the application and will review the assessment of the exam to decide whether to leave or not the current assessment.