Believe it or not … these foods and drinks make you starve! 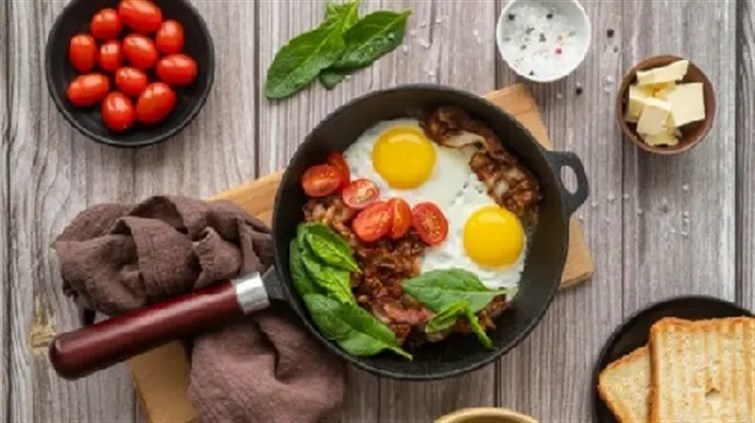 A person eats to get enough energy to maintain the functioning of the body and perform its functions, but the surprising irony is that there are some foods that do not bring a feeling of satiety, but can cause a person to feel hungry and want more.

According to a report published by Boldsky, if a person is hungry all the time, he can give up and start eating more amounts that can cause many health problems, including weight gain.

It is known that being overweight can be the leading cause of many other ailments and diseases such as obesity, diabetes, joint pain and cardiovascular disease, so it is extremely important to maintain a healthy diet if a person wants to avoid it. diseases. You should also make sure that you are not hungry after eating the meals, especially the foods and drinks listed below:

Most yogurts purchased in the store have a high sugar content, which in most cases is based on more artificial sweeteners. Artificial sweeteners cause an increase in blood sugar with little or no feeling of fullness. In addition, people do not need to chew yogurt due to the nature of its texture and therefore the feeling of satiety decreases due to chewing. However, Greek yogurt differs from other traditional types in that it contains two to three times the amount of protein, thus achieving a feeling of satiety for a longer period after eating.

White bread provides little nutritional value, as it is made from white flour and fats that provide more calories with less satiety. Whole grain cereals can be consumed for breakfast for more health benefits and a better feeling of fullness and satiety.

White rice raises blood sugar, but lowers it quickly, so you’ll go hungry shortly after eating it. Experts recommend eating basmati or brown rice because they will not interact in the same way.

White pasta lacks fiber, so it’s not a stuffed food. It is also a concentrated source of carbohydrates, which help to raise blood sugar levels and then drop sharply after a short period of time.

Some diets include tips for eating egg whites, which are actually good for your health. But experts recommend not relying on egg white as a saturated food ingredient because egg yolk is the protein part of eggs, whose amino acids also help a feeling of fullness.

There is no fiber in fruit juices, in addition to this, without the necessary nutrients, fruit juice can increase blood sugar and lower it soon after, so a person is hungry or more dangerous. , which makes you feel the need to eat more juices.

The more soda consumed, the greater the number of calories. Carbon dioxide is also released from soda in the stomach, as the chemical receptors that detect carbon dioxide cause the cells in the upper stomach to release hormones, causing feelings of hunger. The soda prevents the feeling of satiety, in addition to the sweetened products that make a person want a sweeter taste, although it is harmful to health.

Cereal, which contains artificial sweeteners, raises blood sugar and, when it goes down quickly, a person gets hungry faster. Experts explain that the person in this case gets the sweetened taste and does not gain enough calories and therefore is hungrier once he has just eaten the sweetened cereal meal.

Frying potatoes in oil and salt makes them useless. Potatoes can be chosen boiled or toasted for many benefits. Roasted sweet potatoes can be a healthier alternative.

Many people like this snack, but it can make the feeling of hunger worse, as it is full of carbohydrates and fats that can lower blood sugar levels.

While dark chocolate is healthy, milk chocolate can cause an imbalance in blood sugar levels, causing an increase in hunger.

Many processed foods contain MSG, which is a flavor enhancer found in processed meats and soups. Some studies have indicated that MSG may act as an appetite suppressant.

Sweet foods, such as cakes, muffins, and cakes, break down quickly in the body as glucose, causing a feeling of inadequacy and a desire to eat more.

The menu that causes hunger on purpose, includes chips