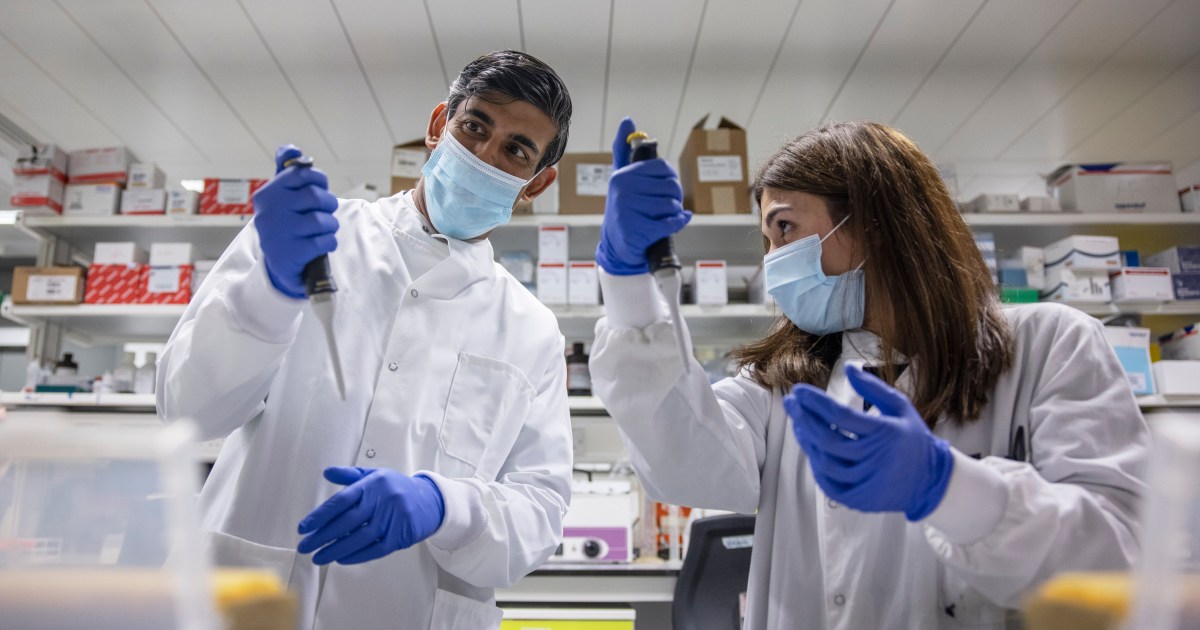 Britain has become the first country in the world to authorize the use of the “Pfizer-Biontech” vaccine against the emerging crown virus and has decided to start vaccination nationwide starting next week. At the other end of the Atlantic, the United States is experiencing a sharp epidemic boom.

The London government said in a statement that it accepted on Wednesday the recommendation of the independent regulator of medicines and health products to authorize the use of the Pfizer-BioNTech vaccine against Covid-19.

He added that the vaccine, which is believed to be more than 90% effective, will be available nationwide starting next week.

For his part, Health Minister Matt Hancock described this wonderful news and confirmed that the vaccination program will begin early next week and that hospitals are already preparing to receive the vaccine.

The vaccination committee will decide which groups will have priority in vaccination, such as medical workers and the elderly.

On the other hand, the American company Pfizer said that the emergency use of the vaccine in Britain represents a “historic moment” in the battle against the Covid-19 pandemic.

On the other hand, a US advisory committee recommended that priority be given to vaccination operations against the Corona virus for medical and in-house workers in nursing homes, while the country recorded a high number in recent hours. of deaths from the pandemic.

The Advisory Committee of the Centers for Disease Control and Prevention said, in a non-binding recommendation issued Tuesday by a 13-vote majority against one, that the number of people in both categories of medical and in-house workers Nursing homes is about 24 million people.

This is roughly equivalent to the total number of people who could be vaccinated during this December if the “Pfizer-Biontech” and “Modern” vaccines obtained the necessary licenses and were produced in the promised quantities.

For his part, Moncef Al-Salawi, the scientific director of the U.S. administrative team in charge of vaccines against Corona, said the two vaccines will get the exceptional license of the U.S. Food and Drug Administration in the middle of ‘this month.

This exceptional license will allow the production of about 40 million doses of the two vaccines in total during the first phase. And because each vaccine will be given in two doses, that means about 20 million people take it during this stage.

After December, authorities are expected to receive between 5 and 10 million doses a week, Sarah Oliver, an official with the U.S. Centers for Disease Control and Prevention, said at a meeting Tuesday.

For his part, Paul Ostrovsky, director of operations of the US administrative team in charge of the Crown vaccine, said that the end of vaccination of all those who want to get the vaccine will be at the end of next June. and that there will be about 300 million doses available by that date.

This comes at a time when the United States recorded, on Tuesday evening, the death of more than 2,500 people in 24 hours due to the Covid-19 epidemic caused by the emerging Crown virus, which is the largest daily number of the country since late April, according to data released by Johns Hopkins University.

University data, which is a benchmark for monitoring pandemic-related injuries and deaths, showed that 2562 deaths and more than 180,000 new cases of the virus were recorded.

Yesterday, the United States set a new record for the number of Covid-19 patients currently being treated in hospitals, as their number reached about 99,000, according to the Covid Tracking Project. A large portion of these cases are concentrated in several midwestern states, such as Indiana and South Dakota.

The United States is one of the countries in the world that has recorded the most deaths and injuries with Covid-19 and has been experiencing a new epidemic boom for weeks.

Days after Thanksgiving, U.S. epidemiologists fear that trips made by millions of citizens to celebrate this family holiday with their loved ones will lead to an intensification of the pandemic situation in the country.

Worldwide, the total number of confirmed coronavirus infections exceeded 64 million and deaths reached around one million and 486 thousand, according to the latest data available today on the Worldometer statistical platform.