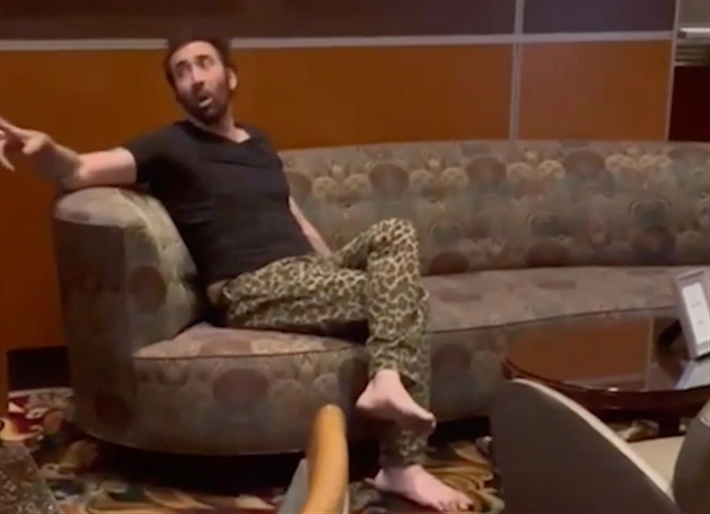 Oscar-winning actor Nicolas Cage is seen being kicked out of a luxury Las Vegas restaurant after getting into a drunken conflict with staff.

Cameras captured Nicholas Cage coming out of the Law Rib’s Prime Rib, near the Las Vegas strip, days ago, and staff thought he was a homeless drunk.

Restaurant staff told The Sun that Nicolas Cage had been drinking expensive whiskey and drops of tequila before being aggressive.

With leopard print pants, he was sitting on a barefoot couch and struggling to put on sandals before staggering and screaming.

After being kicked out of the restaurant for safety, he tried to re-enter but was stopped by a woman who was believed to be an employee.

It is noteworthy that Nicholas Cage married his girlfriend, Rico Shibata, in a small ceremony in Las Vegas, USA, to culminate his love story, which was in the headlines of famous art sites, and the age difference between them is about 31 years, and this is the fifth marriage of the famous American actor.

Amr Adib reveals where and how his media career will end

Nelly Karim in describing her previous marriage as “11 years of misery”: it was against me