The last look of a "golden boy" in England 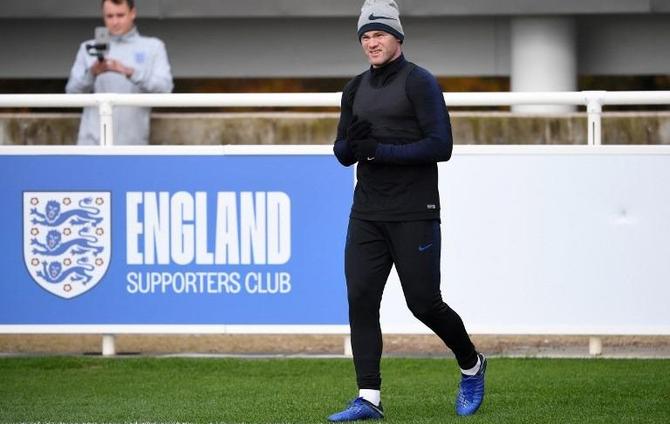 Rooney seems to want to see what the young "three lions" can achieve in the upcoming podiums under the guidance of a coach who knows nothing about the fear of Gareth Southgate.

Rooney played his 119th and final match two years ago in the middle of England's qualifying campaign for the World Cup finals 2018. Last year, the young team went to the semifinals to see what the Golden Generation could not do in the main tournaments. Mostly.

When asked why Southgate differs from the five coaches he played under the Three Lions, Rooney said: "I do not know what to fear". Because many other coaches have not had the opportunity to express themselves and go to the team and leave their way In it. "

The England Football Association has decided to call Rooney for this friendly match, which will be his 120th place in the color of his country, in honor of the current American player, Everton and Manchester United, who is the top scorer in his history (53 goals) before retirement in August 2017.

Rooney said he was not sorry about the decision to withdraw from the World Cup a year before the World Cup final in 2018, acknowledging that he was surprised by the rapid growth of young players under the control of Southgate and to impose themselves as serious candidates for the World Cup.

"I have seen the talent we have with these young players in the last two years," he said, "I believed that these players, not in this World Cup (Russia 2018), but next, will be good enough to try to win the title . " But they proved that I made a mistake in achieving good results in this World Cup (2018). "

"Excited to see them on the next tournament"

The Southgate men continued their World Cup campaign by defeating Spain at home for 15 years, winning them 3-2 last month in Sevilla in the European League.

If Luis Enrikue fails to beat Croatia on Thursday, England will have the chance to reach the semifinals of the first round of this continental tournament by defeating Croatia on Sunday at the Vemblei Stadium in London.

However, the long-term goal remains the success of the European Championship 2020 with additional incentives for the semifinals and the final at Vembley.

Speaking to the media, Runi said: "Me and you (the media) agree that the team is growing, it's getting better, I'm excited to see them on the next tournament."

In addition to respecting Rooney and completing his international career, Southgate will have the opportunity to test new faces against the United States, such as Bournemouth striker Kal Wilson, who first remembered after shining with his side and scored six goals this season in the league this season.

18-year-old Gaidon Sancho of Borussia Dortmund is expected to play the first major game in the national team after his brightness in the last match in which Bayern Munich 3-2 in Bundesliga beat Saturday.

Sam Roonei entered Europe for 18 years at the 2004 European Championship but admitted that he did not enjoy his international career to the extent that he should enjoy the burden he had after the continental championship.

"When you are in this situation, you do not want to acknowledge that there is pressure on you to provide the necessary performance." Now that I am far from it, I can claim that there was pressure, which is why you will try to make you very anxious, so you do not enjoy it as much as you. You play the best level for you and the best performance when enjoying playing and winning.

"Gratitude to what was given to him in his country"

Roonei is convinced that this generation can succeed where it failed, winning the first title in England since 1966 if they maintain the free spirit shown last summer.

When asked to give advice to the current team, Rooney said: "Enjoy it, it's a great honor in your career, it may be the best honor you have, it will not always be good at every tournament or game, but as long as you try to continue learn and be careful From players who can try to bring a trophy to England, something that has long ago. "

Rooney started his career in England on February 12, 2003 against Australia in 17 and 111 days, and took part in six major tournaments and was the leader in 22 games. Last time he played against Scotland in November 2016.

"I've been telling a lot of players about the importance of (national) shirt, shirt history, the honor of former players, and I think all the players appreciate that Vaine's contribution deserved the best possible forgiveness," Southgate said. "It's a very small way for me to respect what was given to him in his country."