There are no empty hospital beds or thickened stands 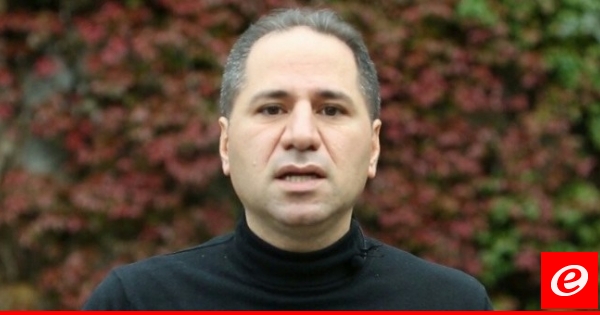 The head of the resigned Lebanese party Falanges, MP Sami Gemayel, said in a shout to those involved in the health file, on social media, that “we are looking for a hospital to receive a patient whose oxygen level has decreased and that no hospital is able to receive it. “”.

He noted that “frankly” we have longed for the mind, “based on the principle that health is above politics, and we do not want to talk about a topic that is explained in politics, but we can not keep quiet about your “Tkhbiskm” from one year to the next, “indicating that you are” You closed schools while the whole country was open, which led to the emigration of many. You decided to close the country for Easter for three days. What is this? Tell us what you are doing.

Gemayel stressed that “the worst vaccination campaign in the world and the slowest for us, and we are the only country other than Pakistan that sells the vaccine for $ 38, while on the Russian vaccine website it is clear that its cost is $ 10 each, “noting that” you took $ 120 million from the “World Bank” to get the vaccine and don’t give it to the Lebanese for free. “

He stressed that “there is nothing wrong with people” and people have been dying at hospital doors for a year and there are no extra beds, and the state does not side with hospitals to receive patients, “he said. ask, “What are you doing? with people? We had decided to remain silent because the issue is related to health, and we must be supportive and committed and call on citizens to adhere, but we expected a minimum of responsibility and logic. He stressed that “what is happening is not acceptable, as the whole country is open and shopping malls and restaurants are not an empty hospital bed.” You don’t know what’s going on in hospitals and you decided to open the country?

He also asked, “Even though the whole country is open, make the decision to close it to Eid, what’s the use of it?” He believed that “there is an unacceptable lack of responsibility on the issue, and it is unreasonable that so far Lebanon has been vaccinated 70,000, at a time when 4 million people in Dubai have been vaccinated. It is also unreasonable that politicians in the country are inclining people to pay 600,000 Syrian pounds for the vaccine. “While you had a loan from the International Monetary Fund as a price, because it is the right of all citizens.

Gemayel stated, “Of course, we want to cooperate with the private sector, as long as you pay the price of the vaccine, that it is distributed for free and not used to humiliate people,” and noted that “we understood that you are not it’s capable of forming a government and it’s not at all, but is it? “Can you stop filming something related to people’s health?”