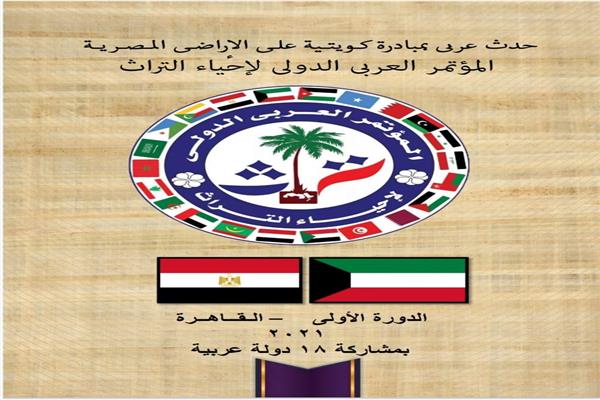 Intense preparations are in full swing for the launch of the first Arab heritage renaissance conference led by Sheikh Intisar Al-Muhammad Al-Sabah, head of the national campaign “You deserve to be honored” and ambassador of democracy and peace social, which will be held during the period from February 24 to March 2 in Cairo with the participation of 18
A sister Arab country, in the context of strengthening relations between the people of the Arab world through soft power and in commemoration of the first memory of His Highness, the late Sheikh Sabah Al-Ahmad Al-Sabah, Emir of the state of Kuwait, and on the occasion of the fragrant anniversary of the National Day of the State of Kuwait.

See also: “Preserving the Heritage”: a comprehensive development of the Hussein area and the re-exploitation of the mosque courtyard

The representative of the media, Heba Salim, vice-president of the conference and official spokesperson for Sheikha Intisar, said that all the preparations for the International Arab Conference on Heritage Renewal, which is working to strengthen the unit, have been completed. of the Arab nation.

He added: The idea for the conference came from Lebanese Raifa Khader Al-Daouk and was presented to Sheikh Intisar Al-Sabah. In fact, the sheikh adopted the idea and the launch of the first edition of the conference was chosen in Egypt for its belief in the cultural, historical and civilizational importance of Egypt and to contribute to the recovery of tourism in Egypt. conferences during the next period. The celebration of this conference is the will and effort to integrate culture, art and tourism, which gives the opportunity for a wide communication between the peoples and the link of the countries of the Arab world through of culture and the development of creative people, preserving the Arab identity and showing new cultures through integration and exchange between visions, innovations, ideas and recommendations resulting from the research topics adopted by the conference, and in particular Sheikha Intisar Al -Sabah, in addition to supporting participants with a little hope for their work and creativity to come to light and pay special attention to determined creative people and their integration into society
Al-Sabah stated that an invitation will be sent to the first lady, wife of its excellent president Abdel Fattah El-Sisi, due to her remarkable interest in monitoring women’s culture and arts, as well as inviting women and gentlemen, ministers and official and diplomatic figures interested in conference activities in Egypt and the Arab world.