Celebrities show a perfect waist after pregnancy, the gynecologist urges not to rush: he said that after a while it is realistic to return to the previous forms 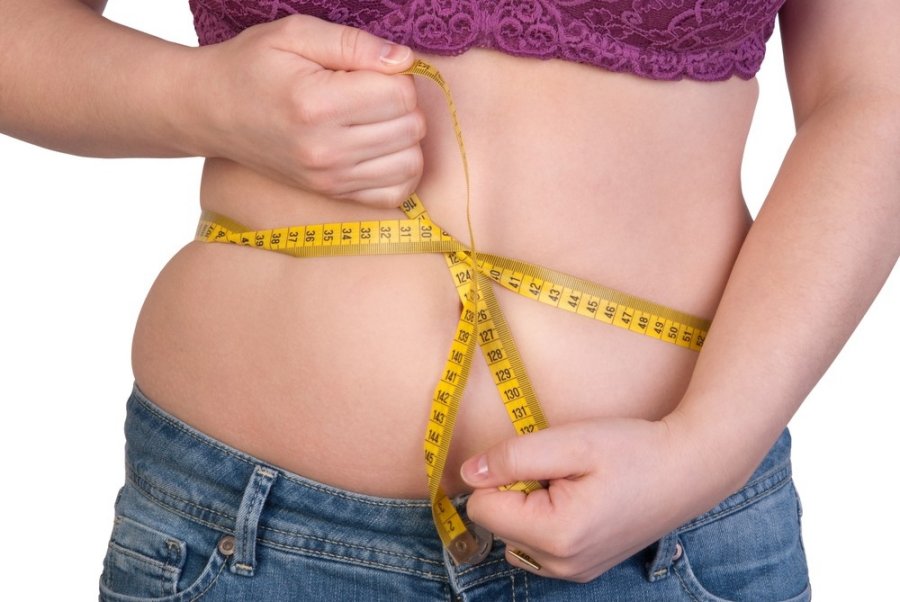 During pregnancy there are many changes in a woman’s body, which cannot be avoided, the abdominal area is no exception. As the fetus grows rapidly, the growing uterus stretches the abdominal muscles, according to a press release sent to the media. The upright abdominal muscles arranged vertically separate, giving rise to a new growing life. Henrieta Kažemėkaitytė, an obstetrician-gynecologist at the Mother and Child Clinic, says that every woman’s body reacts differently to changes during pregnancy, but multiple pregnancies, large babies, and genetic factors can lead to a much greater separation of the abdominal muscles.

Stretched by the rising uterus, the white line connecting the abdominal muscles expands, but does not contract after delivery, so the abdomen remains protruding. After pregnancy, the freedom of the entire abdominal muscle wall can remain. “During pregnancy, the abdominal muscles stretch very quickly, so the body does not have time to adapt. After childbirth, the muscles do not normally return to their original position, but if the dilation is not large, no diastase is seen and no surgical treatment is required, ”explains Gediminas Samulėnas, a plastic and reconstructive surgeon at Nordclinic.

To check if the abdominal muscles are separated, the woman can do it herself: stretching on her back and placing her finger under the navel, she has to brush several times. During diastasis, you will feel a groove when you cough with your fingers.

The abdominal muscles are strengthened through sport

Doctors agree that while there are no official rules that definitely do not separate the abdominal muscles, in all cases prevention should be taken care of before pregnancy. Exercise can help maintain a firm abdominal wall that can successfully withstand the pressure of a growing fetus. Properly trained muscles can reduce future muscle degradation.

Exercise specialists also advise during pregnancy that the muscles relaxed due to the changed hormones remain strong and successfully withstand the pressure of the growing uterus. Exercises that strengthen not only the abdomen, but also the back and lumbar muscles, which support a weakened abdomen, are excellent for preventing diastasis.

Various supportive measures can be used to help the abdominal pressure of a pregnant woman. Experts recommend wearing a corset or maternity belt.

“Pregnant belts are beneficial because they support the abdomen and give less pressure to the muscles. The fruit presses the abdominal wall from the inside, so it’s great if there is an external counterweight that can reduce the force that tears the muscles, ”explains G. Samulėnas.

Another fun and new way to help tighten muscles and skin is to bend. The product, which sticks to the skin in Japan, supports the abdominal wall and helps the skin prevent stretch marks. However, Dr. G. Samulėnas states that the new device requires much more time and care than compression straps, so it is not as convenient. Maternity belts provide the necessary support to the abdominal muscles. Specialists recommend taking them after childbirth.

A healthy diet during pregnancy helps to ensure the overall health of the woman and the child. One of the factors that can lead to the development of abdominal diastasis is being overweight. Proper nutrition can ensure that the weight of the pregnant woman grows as evenly as possible and does not exceed the recommended standards. 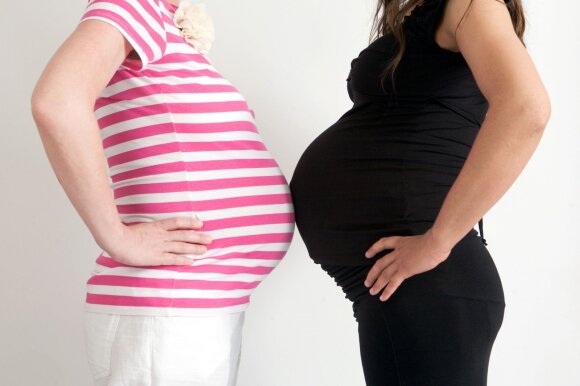 “During pregnancy, women gain an average of 13 kilograms, so we encourage pregnant women to follow the principles of healthy eating and more exercise. It should not be eaten for two people, but sometimes it is difficult to abstain from women, as during pregnancy the appetite increases, taste and metabolism change.It is normal that the thinner a woman is before pregnancy, the more weight she gains during pregnancy and more fat, on the contrary, earns less, ”says obstetrician-gynecologist H. Kažemėkaitytė.

It is recommended to choose healthier, vitamin-rich foods during pregnancy, but calorie-rich foods should not be abused. From the fourth month of pregnancy, a woman’s diet should only be supplemented with up to 400 calories, both in addition to consuming, for example, two apples and drinking a glass of kefir.

When only surgery can help

However, even with preventative measures, the abdominal muscles can remain separated after pregnancy, hernias can form and stretched and stretched skin can cause cosmetic problems, in which case only surgery can help. However, gynecologist-obstetrician H. Kažemėkaitytė recommends that women not rush and give the body time to recover after childbirth.

“Pregnancy lasts for nine months, a period during which a woman’s body changes constantly, so you shouldn’t expect a quick result as soon as you give birth. It takes at least half a year or a year for the body to recover and re-form after childbirth ”, advises the midwife.

If the questions persist for more than half a year after delivery, plastic surgeons should be consulted. During abdominal plastic surgery, the straight abdominal muscles separated from the women are sutured, excess abdominal skin is removed, and the soft tissues of the pubic area are lifted.

“Each case is individual, so it is important to thoroughly assess the situation and expectations of the woman. It is necessary to prepare for abdominal plastic surgery: the best results are achieved after gaining weight and begin to strengthen the abdominal muscles. It is also recommended to plan the operation only when the woman has stopped breastfeeding and no longer plans a pregnancy, “says Dr. G. Samulėnas.

After the operation, you should decide to spend at least a month in rehab; during this time you should not lift heavy objects, you should wear special compression clothing and limit physical activity.

It is strictly forbidden to use the information published by DELFI on other websites, in the media or on other sites, or to distribute our material in any form without consent and, if consent has been obtained, it is necessary to cite DELFI as font.