Drugs "innocent"? If you do not know what you are taking, the consequences can be tragic 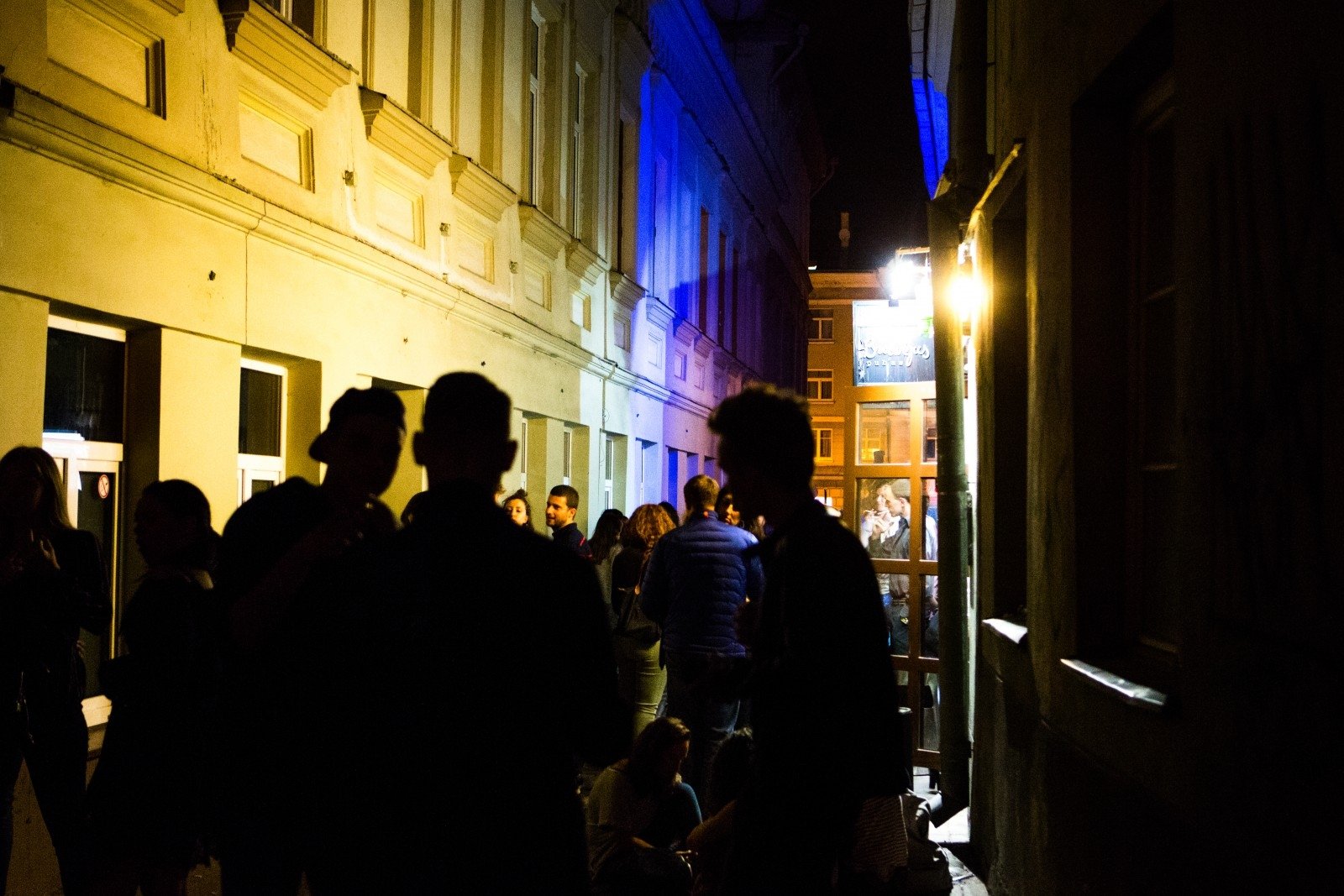 The report "The use of cannabis: myths and facts" by R. Badar began by saying that most of all must be cannabis or marijuana synthetically created. "What God has created, the man always wants to do better, and the result is miserable. Synthetic cannabinoids have emerged and are the best oil-derived materials that have nothing to do with the human body or preparations of Cannabis based on herbs, but they have the same receptors. It is very specific, very dangerous, "said the rapporteur.

"Synthetics have nothing to do with the green color: natural and synthetic cannabis was compared to R. Badar – and produced in the laboratory."

According to him, when discussing the effects of marijuana, it is important to emphasize the fact of distinguishing: when it comes to synthesis and when it is natural.

Some sources claim that cannabis contains eight active substances, others are much higher, but, according to the rapporteur, it is not important how much it is counted, since only two are relevant for the effect of cannabis. "If we talk about the positive or negative effects of cannabis, we are talking about two substances. All the others: only the "back vowels", their names and faces are remembered, only the soloists remember, "Mr Badar said at the presentation.

Natural cannabinoids include tetrahydrocannabinol and cannabidiol.

Synthetic cannabinoids have emerged and are the best oil-derived materials that have nothing to do with the human body or cannabis preparations based on herbs, but they have the same receptors. Very specific, very dangerous work.

He also noted that cannabis growers are trying to minimize the amount of CBD in cannabis. "The CBD is almost no longer available in new varieties," Badar said, adding that CBD inhibits the THC's psychotic effects, which is why it wants to reduce it.

By the way, THC is a psychoactive component of cannabis, so any amount of THC in any preparation of cannabis in Lithuania is prohibited. 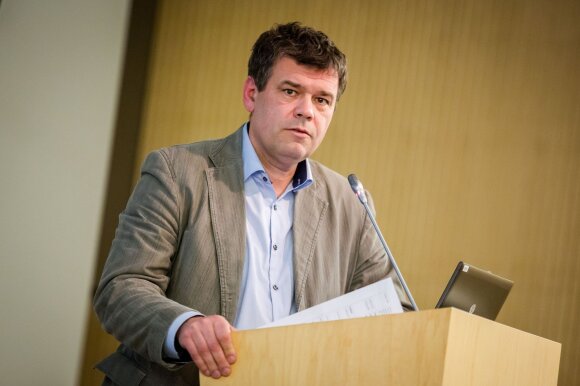 "This is how the sustainable balance created by nature disappears," R. Badar spoke about the newly arrived varieties.

The speaker also stressed that cannabis-free cultivation is not used as a source of THC in Lithuania due to the low concentration of concentrates.

Although Badar claims that it is almost impossible to use a deadly amount of marijuana, he says what happens with overdose. According to him, cannabinoid overdose begins with disorientation, disorder of perception, suppression, speech, anxiety or even panic, headache, dry mouth, nausea, vomiting and colic.

Badar also introduced and influenced the constant influence of the use of cannabis and denied the opinion that cannabis was not addictive. "The conclusion is contrary to the predominant vision: cannabis can lead to addiction," Badar said.

And marijuana treats asthma? "No," and Mr. Badar denied it.

According to him, the effects of the heart are not as good as they say. "The American Heart Association recently published the fact that young people who take cannabis duplicate the risk of having such an exotic syndrome, a broken heart syndrome," Badar said. – Especially for young people, women. "

The conclusion is contrary to the predominant vision: cannabis can be addictive.

And marijuana can cause psychosis? Doing Badar, you can. And this risk increases considerably with cannabis or strong cannabis called "skunk" sprayed with synthetic additives.

By the way, cannabis and alcohol are the most common substances found in the body after accidents while driving under the influence.

According to R. Badar, the most dangerous drugs are those prepared in the laboratory: in the laboratory. "The problem begins when synthetics are produced," Badar said. – The effect is stronger, but the receivers are usually interrupted. " 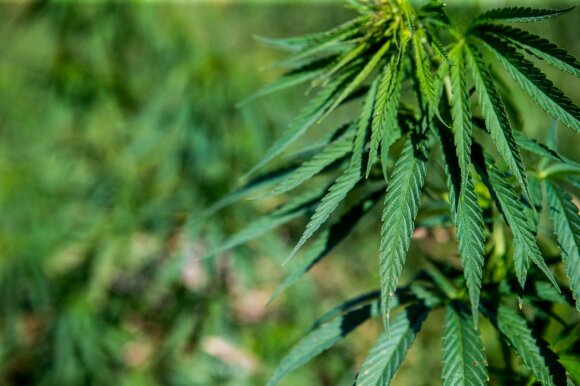 In Lithuania, any content of THC in cannabis products is prohibited. The deprivation of freedom can be punished with a prison between three and ten years.

Consumers are unaware that drugs are really different

Rasa Povilanskienė, chief specialist in the control department of risks and precursors of narcotic and psychotropic substances, previously stated to DELFI that 11% of the drugs are used in Lithuania. and only 1% of them have tried new psychoactive substances. However, he added that the biggest problem is that people often do not even know what they consume.

"The use of new substances compared to known drugs is not high in Lithuania," said Povilanskienė. – According to the latest studies conducted in 2018, only 12 percent of respondents said they generally know what are new synthetic drugs. Of the 12 percent, only a dozen knew what it was because others called cannabis, amphetamine, LSD – no new materials. This shows that people do not know what they are using. "

According to her, consumers are often tricked by acquiring known substances, although they are prepared to simulate the effects of a known substance. 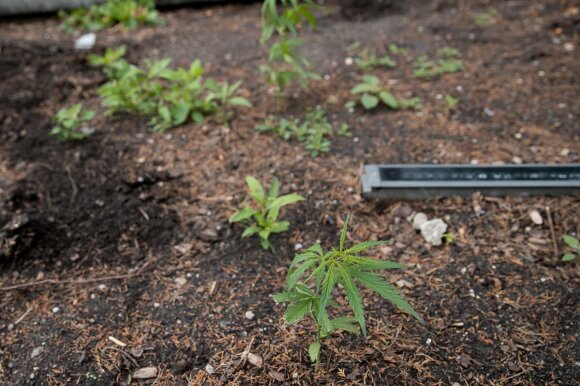 He was also supported by Mr. Badar According to him, "weekend users" mainly suffer because they buy narcotic drugs from strangers who can sell synthetic drugs.

"The production process must be established. What it supplies – it is not clear, so it is now possible to find rattan poison materials, – said Mr. Badar added that long-time drug users often know more reliable ways to get them, and newcomers often do not even know what they use. – Weekend users are at greater risk, since they do not know what they consume or that they sell, they know what they come from. There is no guarantee of product quality. "

The toxicologist was unable to identify the most popular narcotic substance and repeated the words of Povilanskiene: nobody is sure of what he really uses. "It's not what the seller is. This is not the case in Europe or with us," Badar said.

According to him, there are many cases in which you have found that drugs contain rat poison. It is true that these cases have only been produced to the United States. "But do not be sure," Badar warned.

It is strictly forbidden to use the information published by DELFI on other websites, in the media or elsewhere, or to distribute our material in any way without the consent, and if consent is received, DELFI must be specified as a source.