How to open the door of a car if it freezes: these measures will definitely help 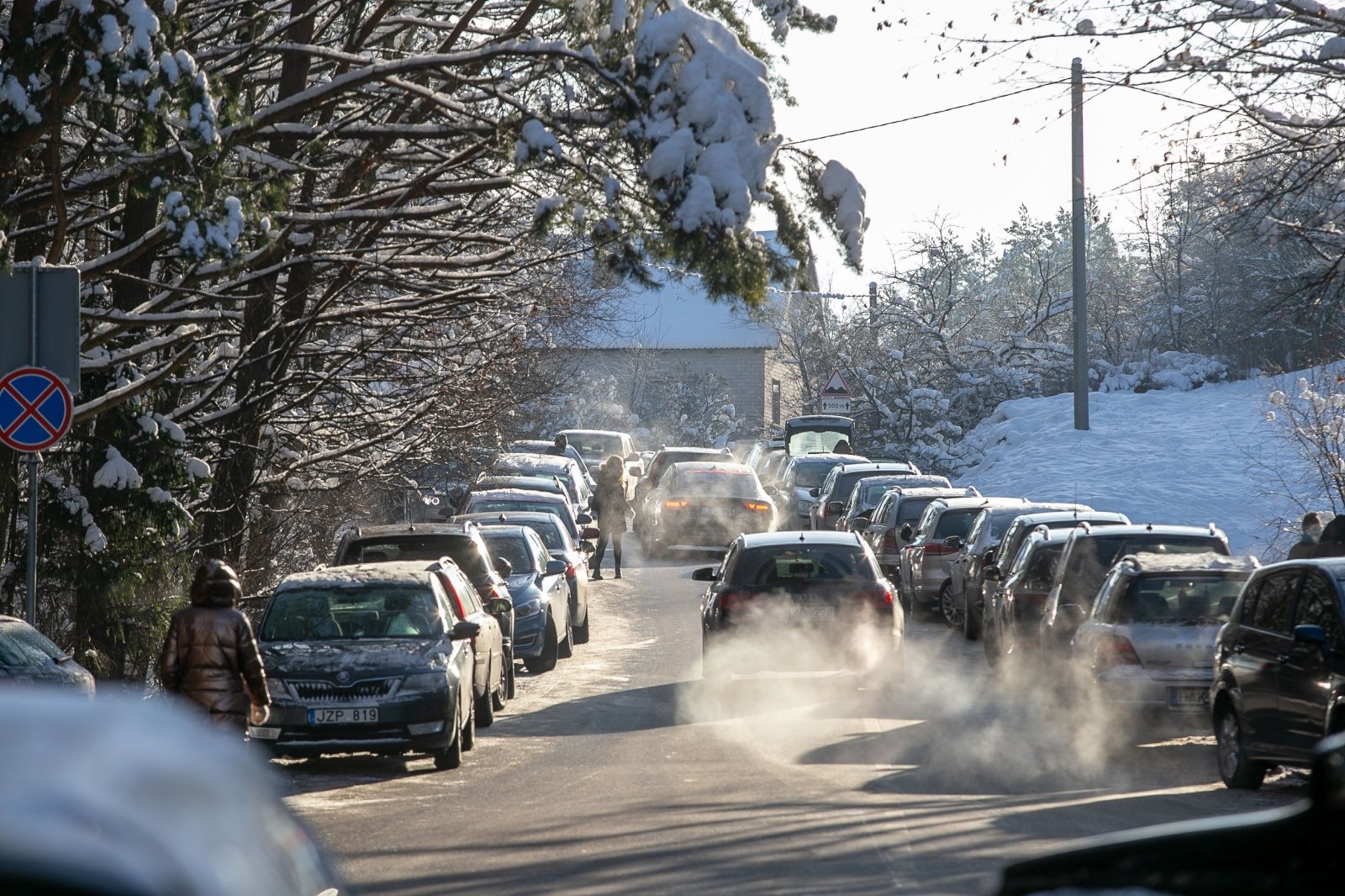 Andrius Žiukelis, head of the insurance company’s BTA department of expertise, says the best preparation for temperature changes is the best protection against nasty cold-weather jokes.

“When we know that severe frosts are approaching, we take care of the right shoes and clothes, we also have to take care of our car. Practice shows that usually small things, such as preparing glass or door rubbers for the ‘winter, they are often underestimated and considered unnecessary by drivers, but sometimes they cause a lot of tension and worries,’ he says.

It is best not to use water

A. Žiukelis says frozen tires on vehicle doors are one of the most common “incidents” in winter.

“Rubber freezes when moisture accumulates: when the temperature suddenly drops from zero, the car is washed and the door is not well dried when there is high humidity. To prevent this from happening, special measures need to be taken. Then you should not feverishly try to get through the door that does not open and risk breaking the handle or tearing the locking strips, ”he says. 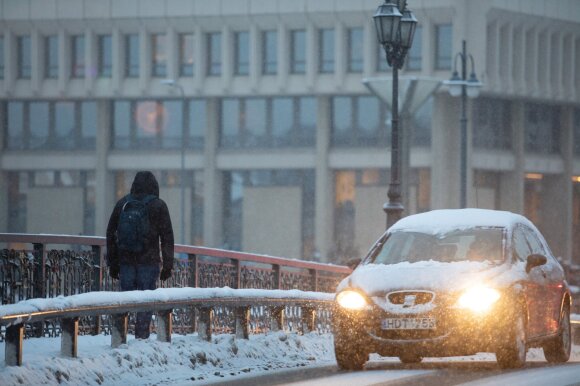 However, do not be frightened, the expert recommends even when the spoons are already in the afternoon and the door does not open. His most important advice is not to use force, as this can damage the car.

“You should try to pull the door carefully, with sudden short shots. When the frosts are mild, it may be enough. If this fails, you can touch the door lightly with your fist over its entire outer perimeter. This” procedure “is it can be repeated several times, it is likely that sooner or later the layer of ice wrapped in the rubber will break and the door will open.

Another way to get inside the car is not very convenient, but effective: try to open another door. The wind usually blows on one side, so there is a possibility that the other door will open more easily “, advises A. Žiukelis. 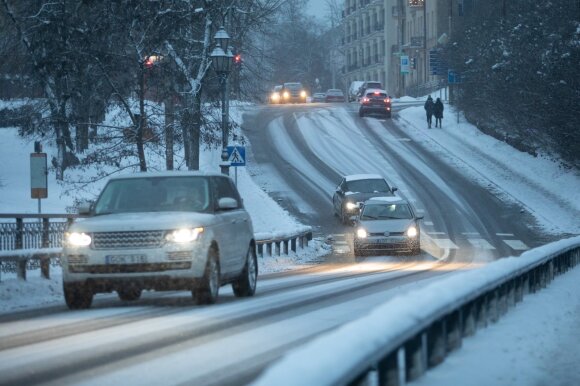 One expert considers the ice water solvent or the “homemade” defrosting device often used by drivers (warm water) to be extreme.

“The warm water will definitely melt the ice and the door will open. However, if you defrost the door with warm water at home and drive immediately, let’s say shopping, you probably won’t reopen it after leaving the door. the store, after drying with water, a lot of moisture will accumulate in the furrows and will be repeated, guaranteeing an even stronger freezing ”, he warns.

With hot or warm water, drivers sometimes try to defrost the windows of frozen or frozen vehicles from the outside when they have no other means at hand to clean them. Not recommended, as a sudden temperature difference can cause the glass to crack. It is best to thaw the glass with a special care product. The expert calls it a much more convenient tool than an ice scraper, which often scratches the glass.

According to A. Žiukelis, in winter all drivers of the car should have an ice scraper, a special broom for windows, an ice solvent. “It has become very popular lately and is really irreplaceable when the glass is not covered with frost, but with ice, which is sometimes difficult to remove even with a scraper. 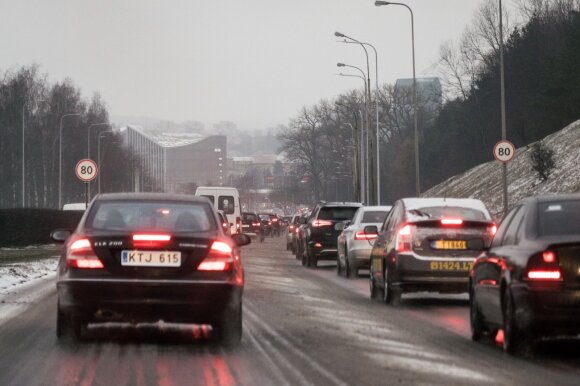 With all of these tools, you won’t have to use a lot of available items to clean the glass or wait until the ice has melted when the car’s heater is turned on. The worst situation is when drivers don’t have to clean all the windows and start driving as soon as a small area of ​​glass melts. This considerably restricts visibility, increases the risk of causing a traffic accident and endangers oneself and other road users, ”warns the expert.

Another common situation in winter is the frozen glass inside. The ice solvent will also help more. The insurance expert advises turning on the interior heating, directing the flow of heat towards the windows, spraying it with liquid and a paper towel or a special cloth to clean it.

The easiest way to make sure the windows are frozen from the inside is to keep the inside of the car clean.

“One of the main sources of humidity are the wet mats of fabric, so that during the season of winter have to replace by mats of rubber. Melted snow is absorbed into the fabric and water can be spilled from the rubber after the trip. If it doesn’t, it covers the glass, the door rubbers, the window gaps in the moisture that evaporates from the carpets, and then they face the challenges of freezing. An additional measure to protect yourself from excess moisture in the cabin could be ventilation of the car after the trip, as closing the heater will generate more condensation, ”says A. Žiukelis.

Moisture also appears inside the car when you get in it with snow shoes, clothes and when snow falls from your body when the snowy car door opens. When the snow heats up in the cabin, it melts and, if it passes constantly, the moisture does not evaporate. The expert advises removing snow from clothes and shoes before getting in the car and cleaning it from the door with a broom. A. Žiukelis recommends storing the broom not in the car, but at home, so that the snow does not have to be cleaned by hand.

Unloaded car remote control elements, insufficient brake, coolant and other liquids, uncleaned cabin air filter often cause problems during cold, so it is advisable to pay attention to these technical aspects to ensure of possible surprises.

It is strictly forbidden to use the information published by DELFI on other websites, in the media or anywhere else, or to distribute our material in any form without consent and, if consent has been obtained, DELFI must be indicated as font.

No levels: Oak Tubel became MVP / News of the Week for the second time in a row

Don’t be fooled: the white dots in this image are not stars or galaxies

The shortage of chips will not only be noticed this year: we will have to wait for good times: Telefonai.eu

Specialists warn of the harm of smoking: “We do not start treatment ourselves”