In Lithuania, without a passion for MAMA, a great concert of “Ruki Vverh” took place in the arena of Minsk: the images can break the promise 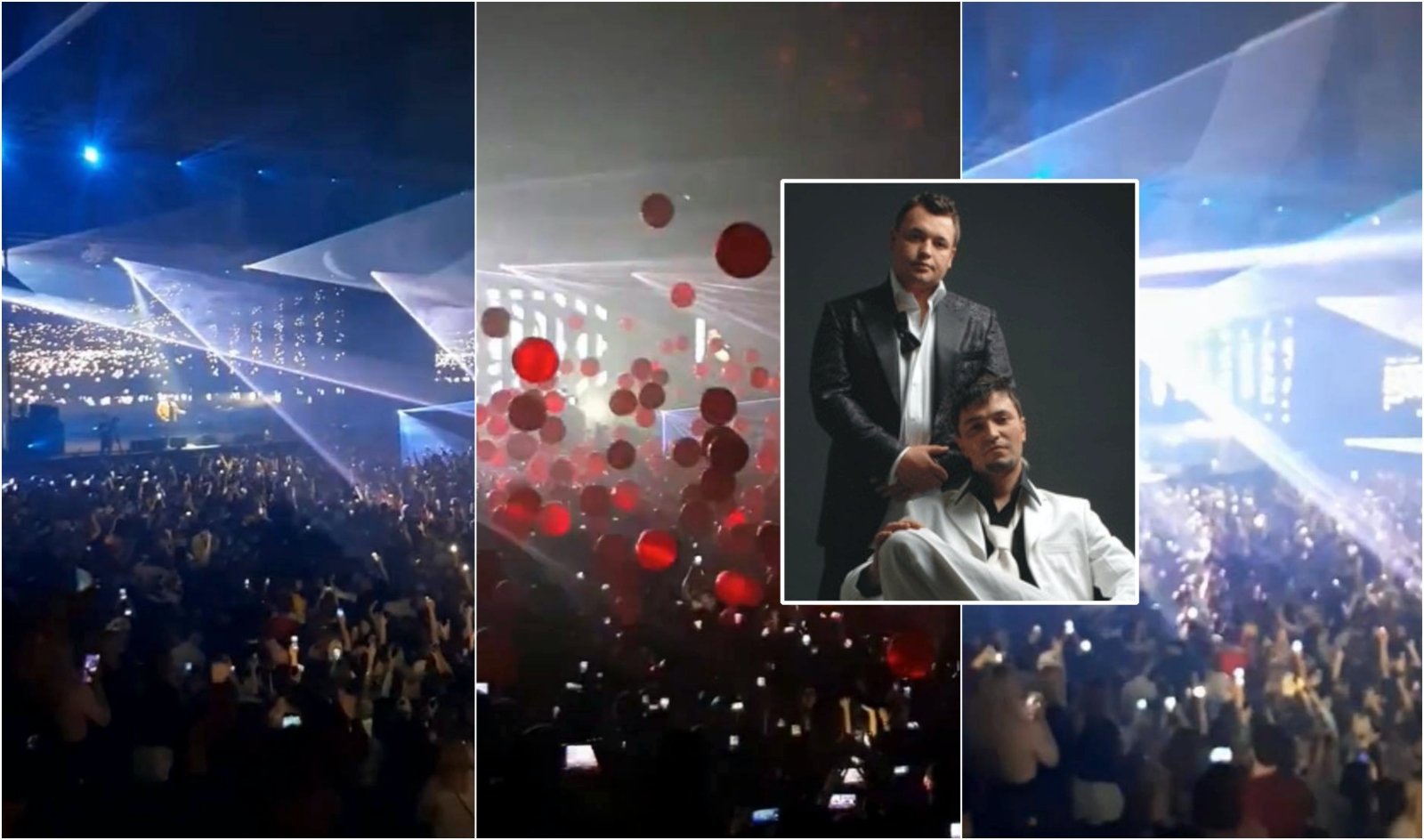 The moments of Ruki Vverh’s great concert in Belarus are spreading on social media. Listen to Russian pop music on March 27th. gathered in the almost crowded arena of Minsk. That day, the MAMA awards took place in Lithuania, which provoked a huge wave of criticism in our country for a possible unmanageable situation, knowing how difficult it is to fight the coronavirus pandemic.

However, watching the videos of Ruki Vverh’s concert on Saturday in a neighboring country, one can get the impression that the shots are at least a couple of years old, as thousands of audiences not only do not wear masks, but do not stay away of security. Still, the date is not misleading: the event took place on March 27 in the Minsk arena.

Also, the day before, the same group had given another of their own concerts, flooded by no less listeners who were not sitting in their seats and were willing to enjoy the crowd.

The event’s entry page before the show indicated that all participants would have an unforgettable experience with the popular group, but there was no word on safety requirements or at least recommendations.

The Belarusian Ministry of Health has announced that 317,631 people have been diagnosed with COVID-19 since the start of the pandemic.

2020 October 1 Belarus has begun vaccinating people with the Russian Sputnik V vaccine and has become the first country after Russia to officially register the drug.

Vaccinations began in late December and from March 15 onwards. – teachers and social workers.

March 25 The Belarusian company Belmedpreparaty has started production of the vaccine Sputnik V. In mid-March, the population was also vaccinated with a vaccine made by the Chinese company Sinopharm.

A safer concert was also held in Barcelona

In a rock music concert held in Barcelona on Saturday night, to which, curiously, all the tickets were sold, music lovers hugged, danced and sang freely.

It is announced that it was possible to participate in the concert only after the fast COVID-19 and a negative result. It is hoped that with the success of this experiment, the live music industry will revive both in Spain and elsewhere.

Those who wanted to hear the Spanish indie rock band Love of Lesbian live had to wear protective masks, but the Palau Sant Jordi show did not have to keep a safe distance, according to Reuters.

“He just realized. We felt really safe the whole time. We were in the front row, right on stage. The long-awaited feelings were flooded. I’m so glad there was a chance to participate in this experiment. “I wish I was just the first of many,” said Salvador, a 29-year-old public relations specialist who shared his impressions after the concert.

After years of demanding away, the images of the arena really looked like a surreal image. Fans of the group danced, had fun, and avoided physical contact, but a sea of ​​protective masks reminded them that life had not yet returned to normal.

Medical check-ups in the arena took longer than expected, so the start of the concert had to be postponed. Only the mood of those who were waiting for him did not spoil him in any way.

“Welcome to the most memorable concert of our lives!”, The group’s leader, Santi Balmes, greeted the insane crowd.

The concert, held with the permission of the country’s authorities, is designed to see if similar events could be resumed.

“I think it’s safer to party at the Palau Sant Jordi than to walk the streets,” Jordi Herreruela, the concert’s organizer, told Reuters on Saturday.

Quick rehearsals before the concert could be done in three places with a total of eighty people working.

At noon on Saturday, three of the 2,400 people who had taken the test had a positive result and had to give up the idea of ​​a concert, another person had contact with the patient, says Josep Maria Libre, the doctor who supervised the test. Concert attendees learned the results of the antigen test in 10-15 minutes, were sent to the app by phone. The price of the quick test and the protective mask are included in the ticket price.

“I think we’ve done a very important job today: showing the world that culture is safe,” said Ramon, 49, who visited her after the concert.

It is strictly forbidden to use the information published by DELFI on other websites, in the traditional media or anywhere else, or to distribute our material in any form without consent and, if consent has been obtained, DELFI must be indicated as the source. .