Used syringes and bloody napkins were thrown at a Vilnius resident’s house: a man can’t hate and is afraid of children 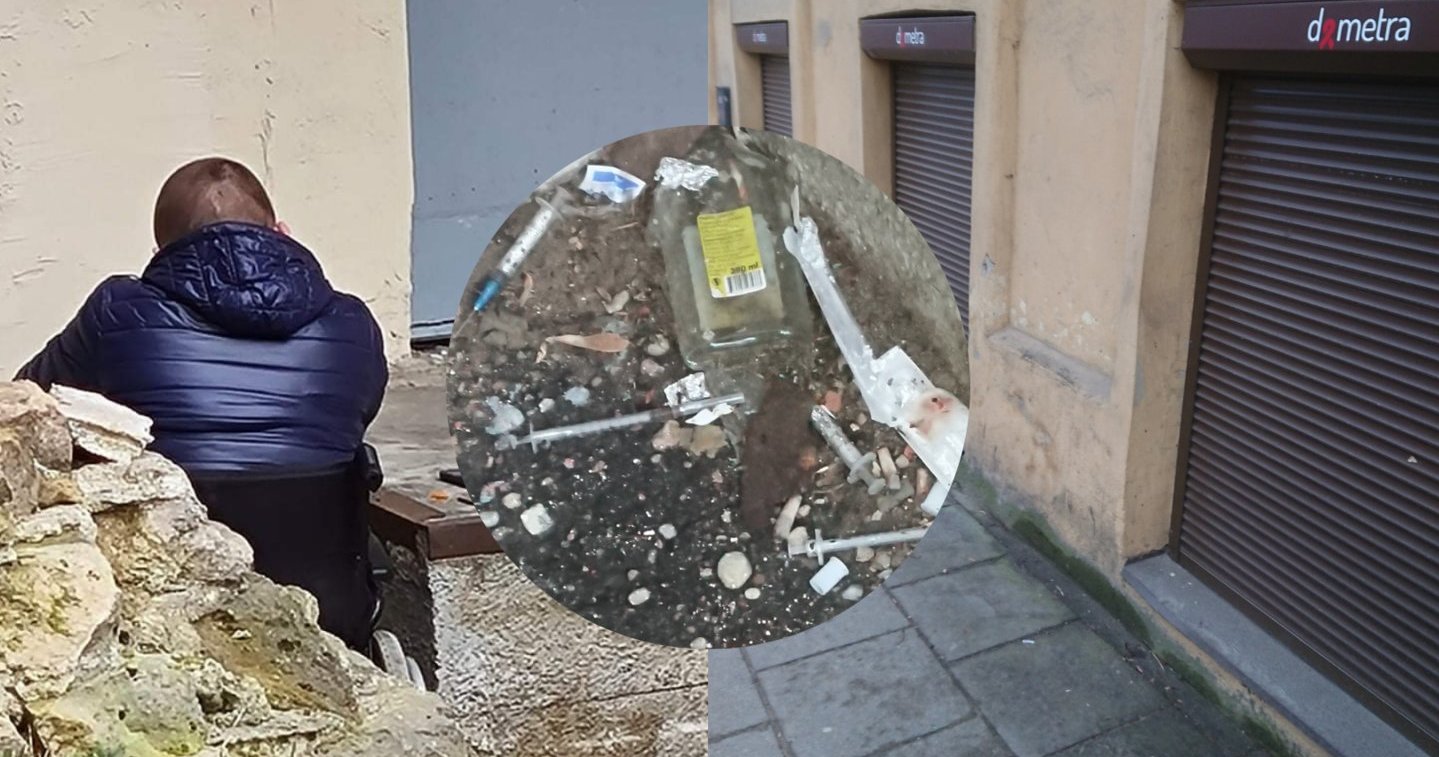 Vitalijus, a resident of Vilnius, told the news portal tv3.lt that she lives next to the association of women and their relatives affected by HIV and AIDS, Demetra, located on Kaunas Street in Vilnius.

Vitaly tells the story every time he leaves home, he notices used syringes, bloody wipes and other medical devices. Also, as the man says, you have to deal with noisy and threatening people in the yard.

PHOTO GALLERY. Vilnius was furious with the used syringes and bloody wipes being thrown around the house

Demetra distributes free new syringes and needles, saline, disinfectants and other medical devices to people addicted to narcotics and psychotropic substances. The association also provides social assistance to these people.

Vitalijus, of Vilnius, suspects that by collecting new syringes and disinfectants from Demetra’s office, visitors to the association can reach the garden of the house and distribute and consume drugs.

According to Vitalijus, these people leave used medical devices where they were used and, when they ask for garbage collection, they start threatening.

“Open syringes, give them Demetra sodium chloride, saline, a solution for injection, mix dirt and grants. On a white day, they don’t care about people walking and the like. Sometimes he threatens if he makes any comments, ”says Vitalijus, adding that individuals are afraid to know where a man lives.

The Vilnius resident worries that his children sometimes play in the yard. Vitaly fears that minors may pick up syringes or other rubbish, get stuck and possibly contract blood-borne diseases.

“Children play in the same yard and there are even syringes on the same scale, syringes in the stairwell, the child will naturally lift the syringe, stumble, it is not clear with what substance, in addition to traces of blood with HIV, hepatitis, is a cruel thing here, ”says Vitalijus.

The publication of the Center for Communicable Diseases and AIDS (ULAC) “Guidelines for the Prevention of Blood-borne Infections in the Workplace” states that 0.001 ml of infected blood may be sufficient for HBV puncture, the HCV needle and a higher blood volume of approximately 1 ml are required to transmit HIV infection. 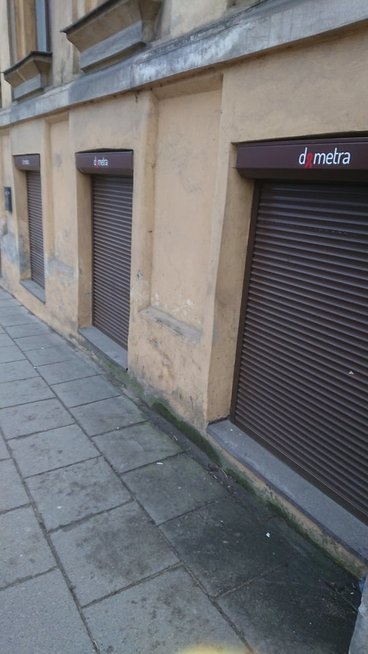 Demeter: We collected the syringes, but we received no complaints

The portal tv3.lt contacted Svetlana Kulšis, the head of Demetra. The manager admits that association employees sometimes find used medical devices around the building, pick them up, but say they have not heard any complaints from residents about Demetra’s visitors or the rubbish they were leaving.

Demeter is visited by people with addictions to psychotropic substances, as well as by people with sexually transmitted infections and people seeking social help. Demetra provides them with free condoms, new syringes and needles, saline, disinfectants, disposable masks and other medical supplies. Used syringes can also be returned to Demeter.

The head of the association doubts that drugs are used or distributed in the inner courtyard of the building. The camp, where drugs could have been distributed nearby in the past, has already passed, and drug trafficking cannot be done here: Demeter is too open.

“I haven’t noticed any cases like this. We’re in the middle of the street, I doubt very much that drugs can be sold. I find it hard to believe it could be that someone notices it.

All the courtyards are closed, the doors are closed, it is impossible to enter the courtyard, we are next to the street, where there is a busy street, people walk constantly, transport moves, including public transport. I doubt very much that all this can be organized in our office “, comments S. Kulšis.

Asked about how visitors to the association could threaten pedestrians, the head of Demetra says she has not heard anything about it and has not received any complaints about it.

“Then why didn’t you call the police right away? No one came to me in person and told me, informed, that I’m sorry. It’s very doubtful that there have been cases like this. The person who did it. he saw everything he could turn to us or call the police.If there is a suspicion of drug trafficking, there is a threat, and so on.

We work from 10:00 to 17:00, there is a constant office, the door is open, a person can come to express their dissatisfaction or share this information with us, ”says S. Kulšis. 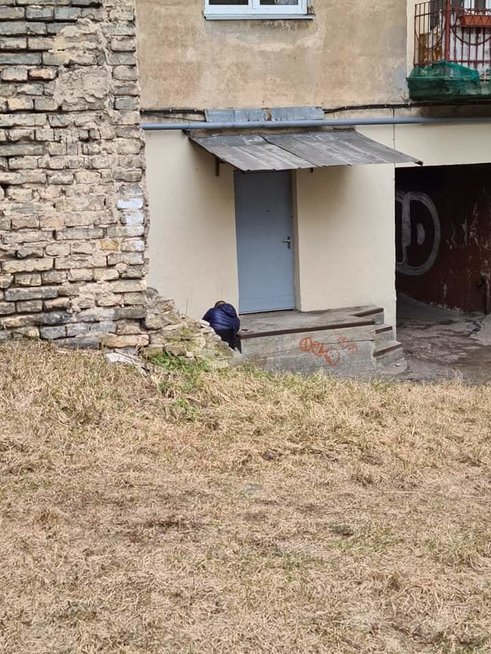 Police and the municipality did not receive any complaints

Vitalijus, a reader of the tv3.lt portal, stated that he had addressed the association itself, the police and the Vilnius municipality about Demetra’s visitors. The man says he filed complaints both over the phone and in writing, but instead of responding, he allegedly just received ridicule.

Vilnius Police Station tv3.lt also says it has not received any complaints about possible drug use or distribution at the said site.

The syringes were discarded out of fear

The Penal Code provides that persons who possess, transport, manufacture, process, purchase or ship narcotics or psychotropic substances illegally for distribution purposes may be punished for public works, deprivation of liberty, fine, detention or imprisonment for fines. to two years.

People who illegally possessed narcotics or psychotropic substances for the purpose of distributing them may be punished with arrest or imprisonment for up to fifteen years.

S. Kulšis, the head of Demeter, says that people who use narcotic or psychotropic substances tend to leave syringes more often where they have used them. According to the interlocutor, this is because addicts are afraid of being punished.

“A minimum amount in a syringe, if the police stop it, if there is a person detained and the police identify the remains of the syringe, for which there is criminal liability, you run the risk of being imprisoned. As a result, people with addictions try to get rid of where they consume as soon as possible, ”says S. Kulšis.

According to the ULAC publication “Methodological guidelines for the prevention of blood-borne infections in the workplace”, infections transmitted by blood and / or blood fluids include: HIV, viral hepatitis B, C, Creutzfeldt-type disease Jakob, malaria, syphilis, Leptospirosis, viral hemorrhagic fever, brucellosis, leukemia of T-lymphotropic virus type I and II (HTLV-I, HTLV-II), babesiosis.