Covid-19: 475 cases related to Delta and Beta variants detected nationwide from September 13 to 25 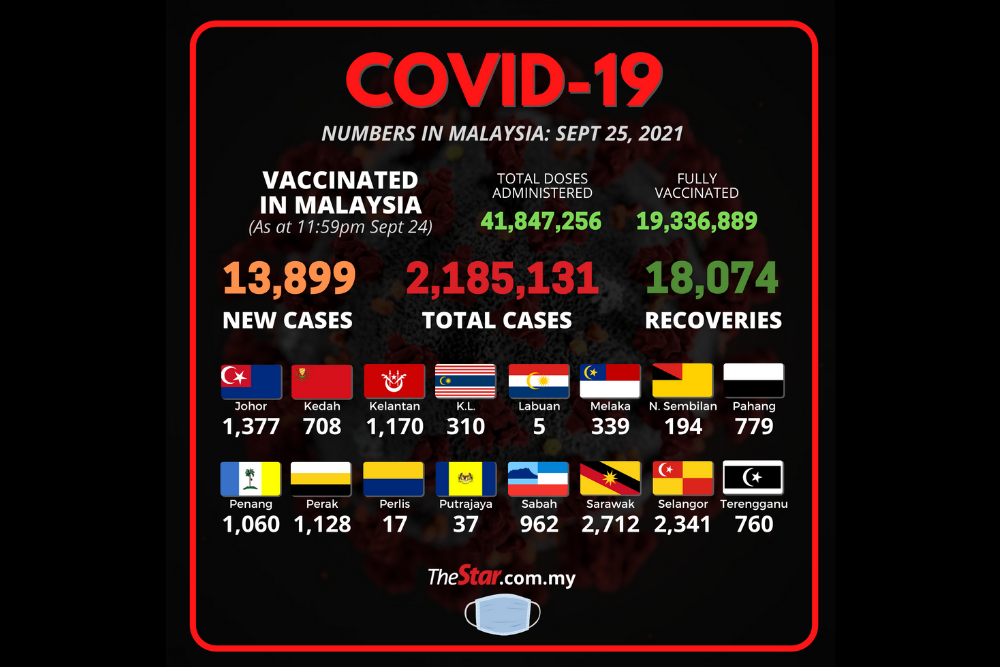 PETALING JAYA: About 475 Covid-19 cases related to Delta and Beta variants were found across the country between September 13 and 25, according to the Ministry of Health.

Almost all (472) of the cases involved the Delta variant, while three included the Beta strain.

“Sarawak had most of these cases related to worrying variants (VOCs), recording 302 cases of Delta variants.

Two cases of the beta variant were detected in Sabah and one case in Penang.

“With the latest number, this brings to 1,860 the cumulative number of cases related to VOCs and variants of interest (VOI) in the country.

“For the VOI, 13 cases were related to Theta, four to Kappa and three to the Eta strain,” he added.

Sarawak also tops the list by the cumulative number of VOC and VOI-related cases, with 1,059 out of a total of 1,860 cases nationwide.

“The current number of active clusters now stands at 1,214,” he added.

Of the total of 13,899 new Covid-19 infections recorded on Saturday, Dr. Noor Hisham said 98.5% were made up of asymptomatic patients or those with mild symptoms (first and second categories).

“Some 211 cases or 1.5% had more severe symptoms, specifically those in categories three through five,” he said.

A total of 1,071 cases are currently being treated in intensive care units, with 847 confirmed to have Covid-19, while 224 are investigated cases.

About 601 cases require fan support, with 359 confirmed cases of Covid-19 and 242 cases under investigation.

All Malaysian states recorded an infectivity rate (Rt) of less than 1.0, except Pahang with a value of 1.01.