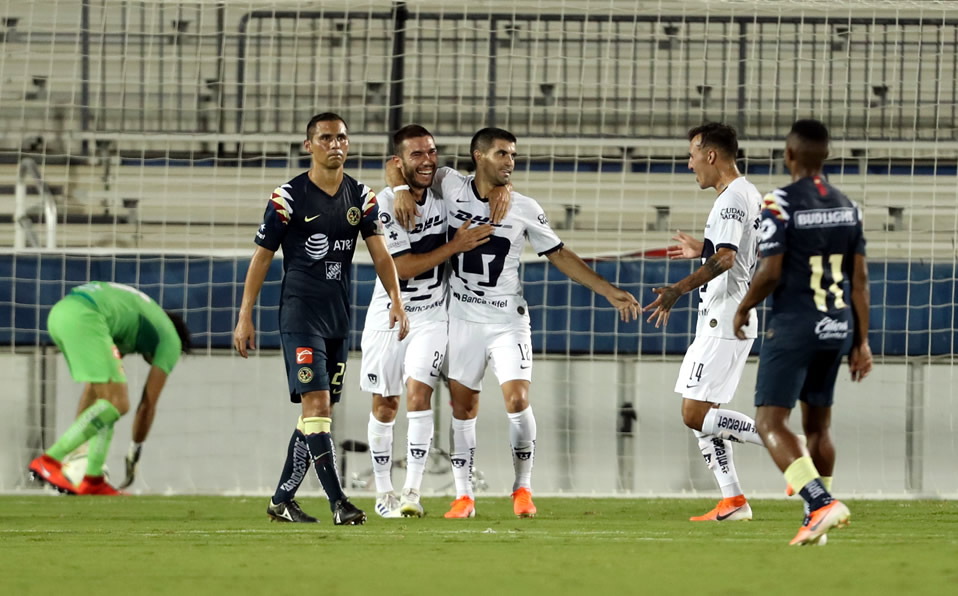 the Pumas of Míchel they took pride and in the middle of the pre-season they thrashed 3-0 in the America In a friendly that included archer error Óscar Jiménez, The premiere of the feline uniform and two penalties in favor of the auriazules.

In a game with many player changes, the Pumas they got to the front thanks to one autogol of Jimenez, Which has replaced the holder Agustí Marchesín In these friendly games in the United States.

However, the goalkeeper had a couple of outstanding strikes, one by shot from Juan Manuel Iturbe at 75 after deflection of Emanuel Aguilera. Another came to 89 'when the reinforcement, Martín BarragánHe armed an individual play between two defenses and shot a few meters from JimenezHe showed his agility to react and avoid another goal.

the Pumas They found the second goal at 59 '' when Paul Aguilar he committed the area on Víctor MalcorraThat the same South American got right.

When the match ended, the youthful Haret Ortega it swept over Martín Barragán; although the defense cleared the ball, the referee decided to score again penal. This time the collector was Juan Manuel Iturbe, Which defined to close the slate 3-0.

This way, the first game of Michel before the eagles It was a forceful triumph and so far Pumas I add three wins and a loss in pre-season games. His last duel will be before Zacatepec before debuting at opening 2019.

Like a America He lost all three friendly games before Juniors mouth, River Plate and now this classic in Texas. them eagles They wait for their international players, as well as having to put their soccer goal into their final reinforcement Giovani Dos Santos.