FCPyS. They accuse the teacher of not being empathetic with a student who has covid 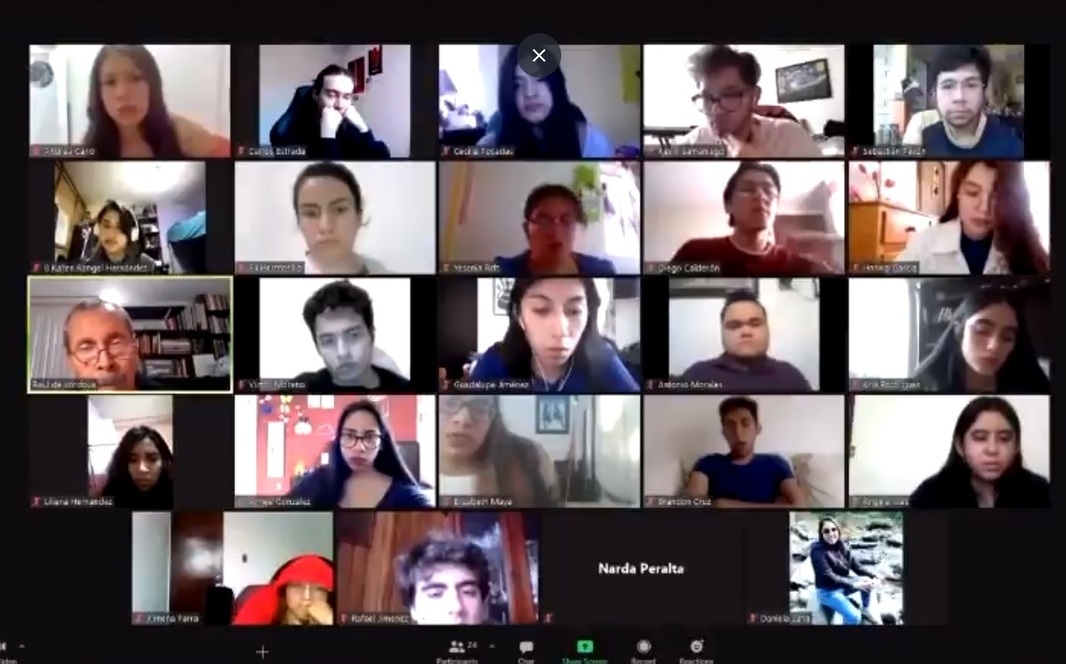 Students of the Faculty of Political and Social Sciences of the UNAM they denounced through a video on social media, a teacher who showed disinterested and apathetic attitudes towards a student who asked him to justify his faults in the subject because he fell ill with coronavirus.

In the video posted by a student in the group, it is shown when the teacher exclaims: “i am not empathetic and I’m not the Basilica of Guadalupe to work miracles for them and I’ve been working in Political Science for 14 years and they know I’m strict. “

In interview by MILLENNIUM, Ximena, The affected student, has reported that on January 8 began with symptoms of covid-19 and it was not until Tuesday 12 that the PCR test was performed, which was positive.

The unrest, he says, became more and more present and this led to his absence from classes, during which time his relatives were in charge of sending emails to the teachers explaining the situation; missive that was not answered by this teacher of the institution. 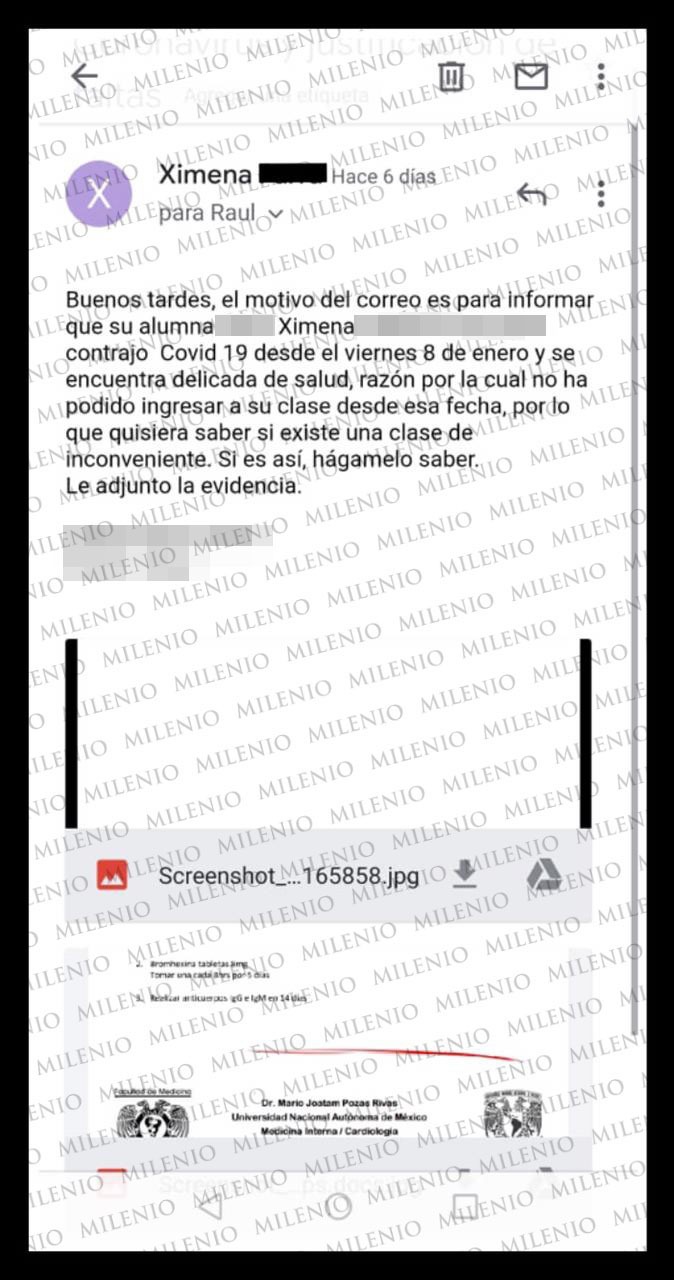 In the mail that a relative of Ximena sent to the teacher attached the positive test on SARS-CoV-2, As well as the prescription that was prescribed by a doctor. 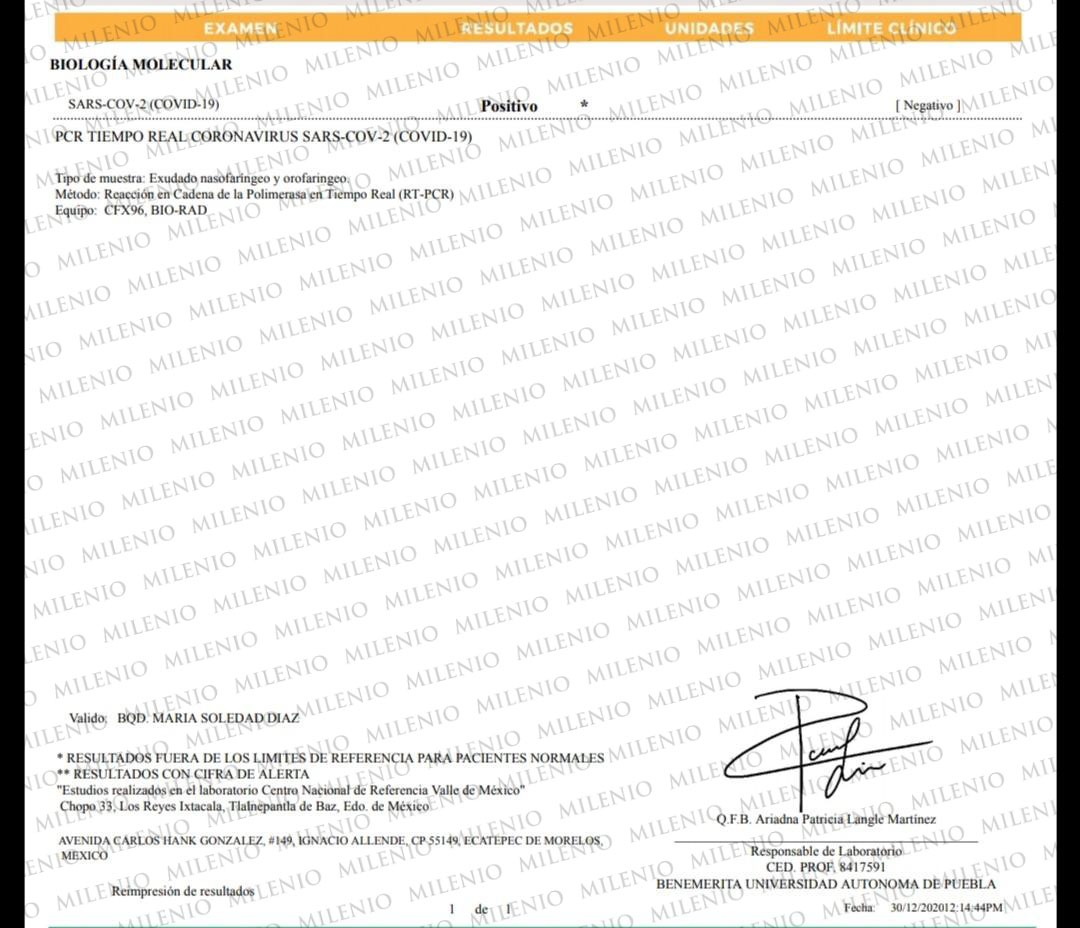 However, given the lack of response by the teacher to this medium and the poor improvement in health, the student decided to take the class to ask about his situation. “I was already getting out of bed, eating a little better and being able to sit in front of the computer. “

“I connected in class and as we went through the chat list, I wrote my name and told him if I could talk to him in private, because of course, it was a situation I didn’t want to be aired that way with my classmates. , I didn’t want to make it big. He took my assistance and ignored the rest, ”he mentioned.

“Then he wants me to expose and I told him I didn’t have it, ‘I don’t have any work from you or any class because I didn’t even have the energy to eat, let alone do homework or go to class.’“That’s when he started the first recording, when he says he didn’t answer emails with complaints, the mail wasn’t a claim, it’s informative,” he added.

“I was with him for a whole semester as if to reprove me for a job and also that I wouldn’t have to reprove myself for a job, I decided to leave him for peace and that’s when he started commenting that what a pity, here he goes be the courage I had (increased) because hours earlier I had been warned that my grandmother had died, ”he stated.

Ximena he said that his situation was complicated because he suffers from allergies and with covid-19 he coughed, a disease that the doctor stressed he had to take care of because he could become covid with pneumonia and “this is when it comes to the ugly, oxygenation or at worst, going to the hospital, if there is a fee, to hospitalize you.”

The video is also heard when the scholar expresses that “I can’t allow students to get me on the desk, sand the student cannot, goodbye, ‘You know what NP puts on me and here he dies, I’ll take the matter later’, maximum you who have multiple opportunities, I’m sick too Ximena “.

In the same evidence, was recorded the moment when the student tries to explain the situation, asking him to be empathetic and the teacher responds: “Too bad I’m not empathetic”.

“Too bad daisy, I already told you, if you don’t hand me the job next Tuesday, goodbye,” he ruled.

Faced with this situation, Ximena commented to MILLENNIUM that a group complaint is being made to the Faculty of Communication Sciences coordination, hoping that they will take letters on the matter and the professor will be removed from office.

“I wish I was fired because there can’t be that kind of attitude and say it, it even seems like proudly,‘ I’m not empathetic ’in the midst of a crisis (the pandemic) we’re all suffering, one way or another, ”he said.

“The truth is my colleagues supported me a lot, even though we don’t know each other in person, they are supporting all this and trying to make it great, so that everyone can see what is happening, at all times they are telling me to they support in case the teacher retaliates against me directly, “he concluded.

So far the faculty has not positioned itself in this regard and it is expected that in the next few hours the directors will issue a statement.