Sammy Pérez dies of complications after being intubated by covid 19 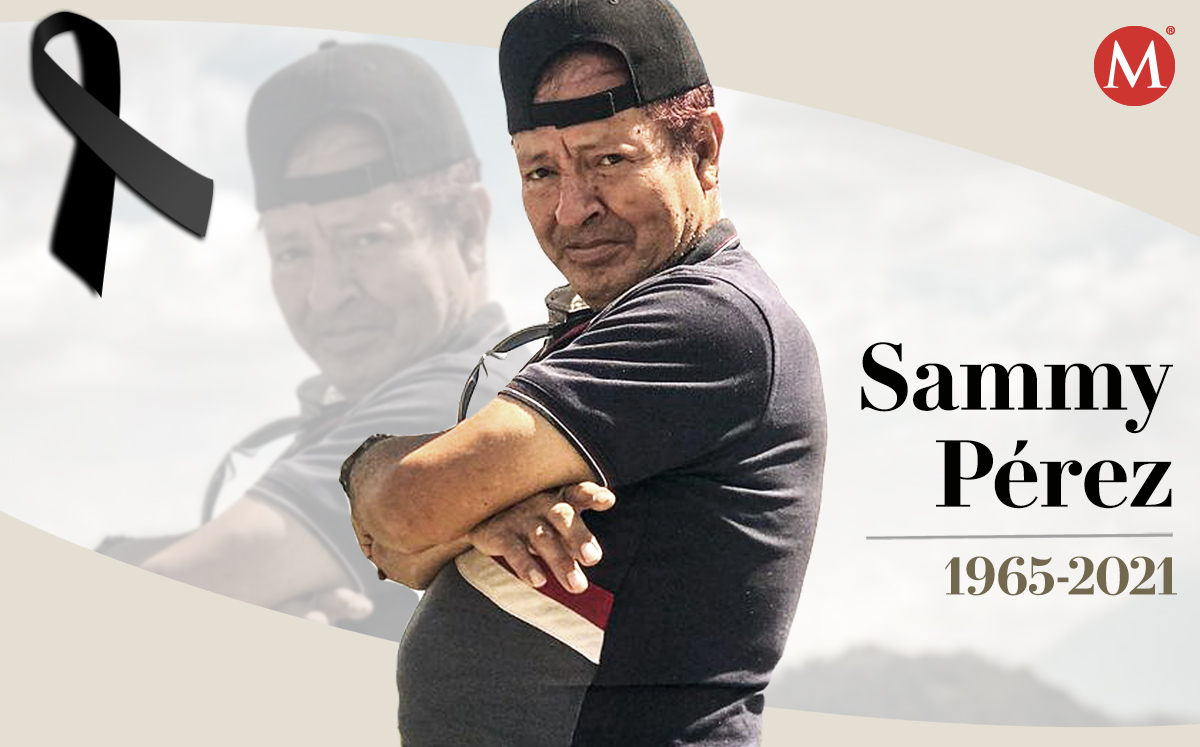 Sammy Pérez, cor performing one of the program XHDerbez, died at the age of 55 of a cardiovascular arrest after fighting the coronavirus, covid-19, and being intubated, it was reported on the official Instagram account. The celebrity had presented several complications after being hospitalized to beat the virus; it had even been reported that the hospital bill was close to a million pesos. We tell you what we know.

It was through his Instagram account where it was reported that the comedian who rose to fame for his involvement with Eugenio Derbez had died.

the comedian died at 3:50 a.m. after suffering a heart attackr:

“This morning at 03:50, Sammy Pérez just suffered a heart attack, his heart stopped beating, they tried to maneuver him to save his life but they couldn’t “, they wrote on their Instagram account.

Also, in the post, they have explained that Sammy Pérez leaves a big void in the hearts of all his loved ones and fans:

“Rest in peace, Sammy Perez. You leave us with a very big void in our hearts “, they wrote on Instagram to make the news of his death official.

Sammy Pérez and the covid-19

It was recently indicated that his lungs were affected and according to doctors he was “On the loose rope.”

“Samuel is delicate, he arrived very congested, with a lung badly damaged by the covid. He commented to his partner that he is on the loose rope,” Sammy’s hospitalization was reported.

Shortly afterwards, the manager of the external comedian Sammy had been intubated:

“A few moments ago they just intubated Sammy, they just sedated him, please. Let’s keep sending all the good vibes and I’ll keep you posted on how the whole situation is going.” explained the comedian’s manager.

Who was Sammy Perez?

Sammy Pérez, actor and comedian who was recognized for his participation in the program XHDerbez, was born on October 3, 1965 in Pantepec, Puebla.

Yet Sammy Pérez already it was recognized at that time, was until 1997 when it jumped to the fame thanks to his participation with Eugene Derbez in the emission Derbez en Quan. Later in 2002 also participated in World War II XHDRBZ.

the comedian created a strong bond with viewers who was even part of Televisa’s special coverage group in the sports world.

His first appearances in sports humor were at the 2006 World Cup in Germany, when he was part of the section Panzona Oberta, where next to Miguel Luis they were interviewed by Eugene in the Play with some of the then national selected ones.

Impossible section it lasted little time, since in that same year, Sammy Perez left the television. Later, in 2008, he returned with Eugenio Derbez for the Beijing 2008 Olympic Games.

Sammy was also part of the cast of the film Returns are not accepted of Eugenio Derbez.

Sammy Pérez and his fiancée

It was on the show is Show in which Sammy Perez came as a guest and was on television that the comedian first introduced his girlfriend. In addition, the couple explained how they met and showed the love they have for each other.

In the broadcast of this program, Sammy Perez was questioned about their relationship, which led him to take the next step and propose marriage to his girlfriend.

“He convinced me last year and we really went,” Sammy counted.

Sammy Pérez has recalled that he met her in Guadalajara, according to the comedian, it was love at first sight and he asked her to be his girlfriend on the second day of meeting him.

“I fell in love with her and here she is, it was love at first sight and the other day we were already engaged. I met her at the Guadalajara stadium and the other day I told her that if I wanted to be mine bride, on the second day “, Said the actor.

Finally, Zuleika, Sammy Pérez’s girlfriend, appeared on the show. The woman mentioned that she lives in Colima and was a promoter of the sale of planes and sprayers. The comedian’s girlfriend explained that her courtship began in September.

“She went to Guadalajara, I knew her for a cousin and from there it all started six months ago, in September last year”, Said Sammy’s future wife.

Zuleika said Sammy conquered her because he is very romantic and detailed with her, however, he said he is jealous.

“He’s very romantic, very attentive, affectionate. What I fell in love with him is that he makes me smile all the time, he’s very funny (…), he’s more jealous. When I met him at the time I was to make you smile “.