Tokyo: How Simone Biles and Naomi Osaka are changing the sport with their decisions 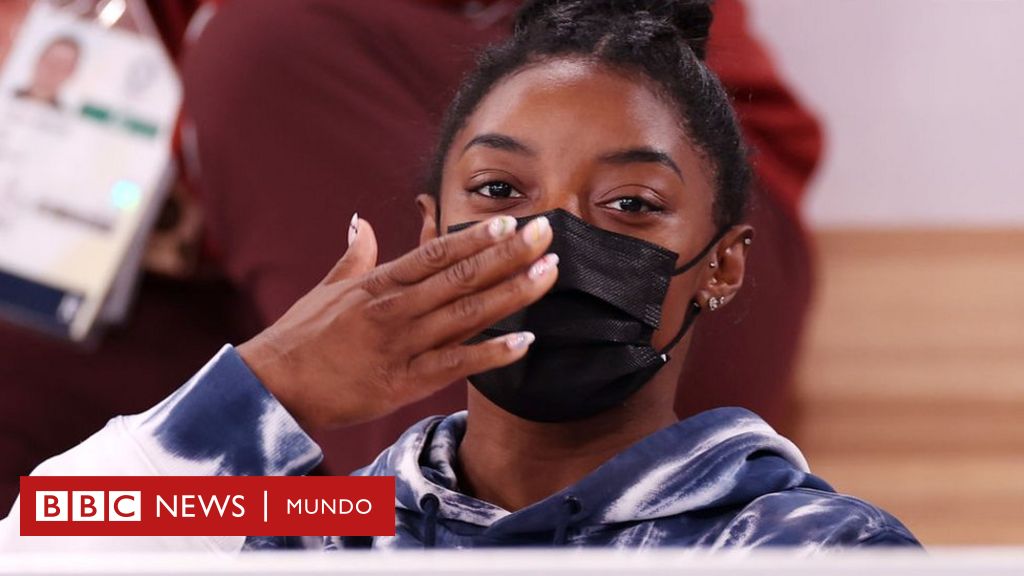 Simone Biles, considered the best gymnast in history, is an expert in acrobatic jumps and impeccable outings.

By making the impossible possible in all the specialties of artistic gymnastics.

But perhaps his most important legacy is not what he has achieved in the competitions, but outside of them.

On Tuesday, after the first exercise of the team final at the Olympic Games to be held in Tokyo, the American star decided not to continue participating in the long-awaited competition.

He said he did it because he wanted to focus on his mental health.

And this Wednesday, in another startling event, the U.S. gymnastics team announced that Biles, 24, would not participate in his first individual final.

“After an additional medical evaluation, Simone Biles has retired from her first individual final competition. We unconditionally support Simone’s decision and applaud her courage in prioritizing her well-being. Her courage shows, once again , why is it a role model for so many, “the team said in a statement released on Twitter.

The amazing step aside happens in the middle of an Olympics, the maximum competition for a discipline like gymnastics, and many agree: the sport after Tokyo is hardly going to be the same.

“Biles’ statements have removed the taboo on the subject of the mental management of highly competitive athletes. It has broken certain paradigms and it will already be very difficult to do to hide the rubbish under the table when we talk about it“Sergio Diaz, the founding doctor of The Mind Institute who works in the mental management of Olympic medalists such as the Colombian Catherine Ibargüen and other professional athletes, told BBC Món.

“And this will not only change the form of mental management in this area“But also in societies in general, because athletes tend to be a role to be played by the youngest,” he added.

However, Biles has not been the only elite athlete to talk about his difficulties.

Just under two months ago, Japanese tennis player Naomi Osaka, winner of four Grand Slam tournaments and number two in the world, made the decision to retire from the French Open for the same reason.

To focus on your mental health.

But how is the decision of these two athletes changing the sport in a broader way?

In less than a year

The mental health challenges of elite athletes are not a new topic.

For example, British tennis player Andy Murray announced a temporary retirement from the courts in January 2019 to focus, too, on his mental care.

But they have definitely been the statements of Bils and Osaka which have led to a broader reflection on highly competitive athletes.

“What Biles has done has been to set off a series of alarms: if this happens to the most important athlete in one of the countries with the most resources for sports, then it means that the others are not going to be much better.” , explained Diaz.

“Mental health management has been neglected by the sports industry, especially in Latin America, basically because they have neglected athletes as individuals,” the specialist added.

Although the specialty of mental health in sport has been worked for over 40 years by authors such as sports psychologist Richard Butler or American coach Tony Robbins, it had never reached a platform as broad as it has had in recent months.

“Athletes didn’t talk about it for several reasons. One because they didn’t want to be seen as weak and second, because many times they didn’t know what was going on,” Diaz noted.

Biles’ statements, like Osaka’s before, completely change the perception that athletes are machines that must always win, as noted by BBC World Sports journalist José Miguel Pinochet.

“Biles has not been the robot gymnast we had become accustomed to before her arrival. She is human and from the platform of her triumphs, which have given her fame and popularity, it is clear that she has never ceased to be -ho, “he said.

Simone Biles turned in a dismal performance, however that an athlete is the mixture of many ingredients.

“For example, she is a combination of incomparable natural talent that has allowed her to master her sport and draw new boundaries of what is possible, alongside the personality that has been forged in facing all kinds of adversities in his life, “Pinochet pointed out.

Thus, the fact that Biles spoke on a subject that was taboo until a few years ago, and that he did so in the middle of the Olympics, has not only opened the debate both in the public sphere and within the delegations.

Tit has also had widespread resonance among athletes around the world.

For example, Jamaican gymnast Danusia Francis noted that Biles ’attitude had opened up a new way of tackling sports competition.

“I don’t know about you guys, but I think Simone Biles just empowered everyone to put their mental well-being above everything else. What reigns. She’s the best of all time in more ways than one.”

For her part, legendary Romanian gymnast Nadia Comaneci, who has amassed nine gold medals (five singles) in two Olympics, highlighted the difficulties of carrying on a nation’s expectations after having been successful previously.

“The more medals you have on your return, the heavier your backpack is,” he said in a conversation with CNN.

Another of the comments that also surprised came from the US Olympic Committee, one of the most powerful on the planet, which gave its full support to what is considered the top star of the country delegation.

“You made us feel so proud,” said Sarah Hirshland, executive director of the U.S. Olympic and Paralympic Committee.

“We applaud your decision to prioritize your mental well-being above everything else and offer you all the support and resources of our Team USA community as you navigate the path ahead of you,” the sports leader added.

You can now receive notifications from BBC World. Download the new version of our app and activate them so you don’t miss our best content.