Home / morocco / Framework law on education: PJD and Istiqlal, the flagship of obscurantism? 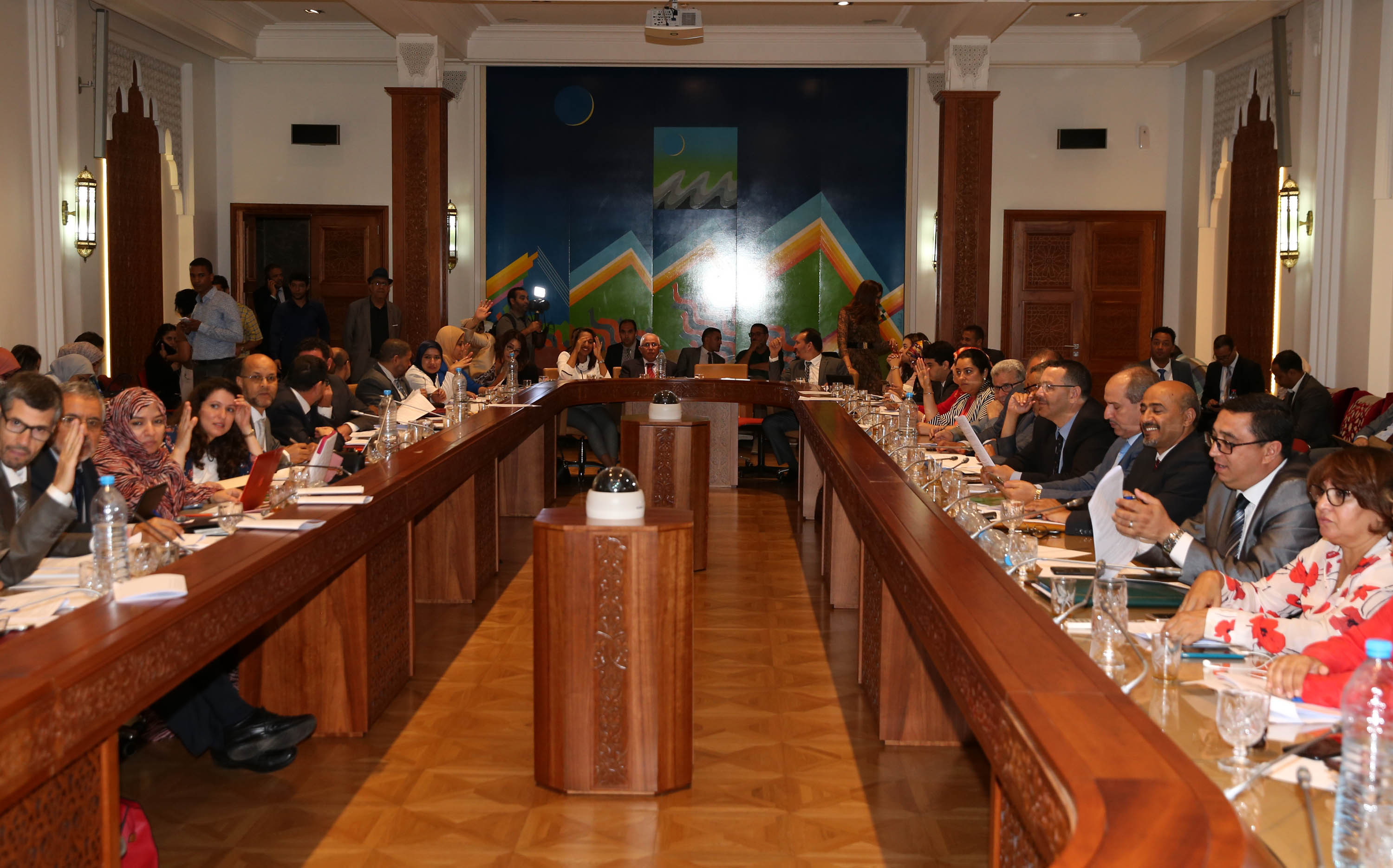 SHARE Law Framework for Education: PJD and Istiqlal, the flagship of obscurantism?

If there is an area where things go slowly, very slowly, it is certainly the legislative one!

Not to mention the "cake cream" that constitutes the approval of the bill on the right to strike, which has obsessed the corridors of Parliament for more than fifty years (!!!), we will limit ourselves to just evoking the project of the Education Framework Law.

The latter, in fact, the subject of the strong controversy, just succeeded in approving the Committee on Education, Culture and Communication in the House of Representatives, after three and a half years of blockages generated and maintained by the the most backward forces in our country.

Of course, everyone knows the cause, which is nothing more than the need to deliver certain courses, in scientific subjects, in foreign languages, that is, French and English.
Our courageous deputies of the PJD, backed by the no less brave parliamentarians of Istiqlal, took, until the last minute, a rearguard fight against the articles of this bill.

It should be noted that article 2, which foresees linguistic alternation, was only voted by 12 parliamentarians of the 30 present, two against and 16 abstentions, while article 31, which organizes the teaching of scientific subjects at Foreign languages, collected the same scores.

Therefore, it is clear that most of the members of the commission in question did not approve two of the most important articles of this framework bill, and this eminently political behavior deserves some comment.
The Justice and Development party, which presides over the fate of the government, and that as such has approved the executive body with this true strategic and fundamental legislation, has exposed its public reluctance to the public at the same time or Even its refusal to such a project.

This, however, at least obliges public officials to better prepare the education of millions of Moroccan and Moroccan youth by providing them with a minimum knowledge of foreign languages, useful for their future.
Of course, through the declaration of the elected officials of the PJD, their representatives in the government had an opportunistic approach, knowing that this text had been approved by the Cabinet of Ministers presided over by King Mohammed VI.

Because the PJD proclaims anyone who wants to hear that it is an organized party and that their troops are faithful and disciplined …
But, in fact, Mr. Othmani, the head of this training and the head of the government, can not compromise his parliamentarians who, for several years, have been diligently acquiring and obtaining on the subject of linguistic plurality.

Is this a step accepted discreetly and concerted by the high hierarchy of the PJD or by an uncontrollable spree?
We will choose, without hesitation, the first hypothesis!

Nizar and the old birbes

The other observation expressed by the vote or, rather, the abstentions of several parliamentarians, is aimed at the Istiqlal party, balanced between the "intelligent" and rather modernist convictions of its secretary general, Mr. Nizar Baraka, and the fashion positions of its elected officials and colleagues, bearers of the nationalist conservatism flag …

Despite the fact that the text approved by the ad hoc committee will return to plenary session of the House of Representatives before moving to the board members, which does not exclude new obstructions, the PJD and Istiqlal send very clear signals to us a few months later of various elections.

These two formations, which, in fact, are not so separated from each other in terms of reference frameworks, thus express a deliberate bias and assumed towards the most conservative and retrograde options in terms of education.

But education is literally the bed, the base, the fundamental foundation for the future of our children, not those who benefit from accessing privileged portals to private education through parents of silver, but millions more , that is, the girls of the Moroccan town, to whom the PJD and Istiqlal, on behalf of smoked and obsolete ideas, want to ban access to universal knowledge, Science, new technologies , at the time of the digital revolution.

These positions should not be forgotten at the moment of the surrender of the electoral accounts.
And, long before the beginning of campaigns and deadlines, the camp of modernity and knowledge is well defined in the face of obscurantism and stagnation!