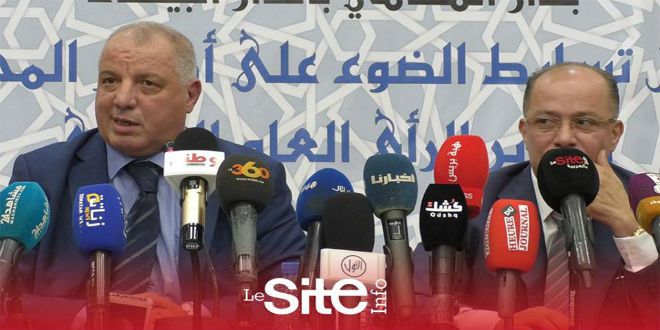 Lawyers at the Taoufik Bouachrine trial held a press conference in Casablanca on Wednesday.

Abdelfattah Zahrach, a member of the Defense Committee, said political figures who expressed support to the directorAkhbar Al Iaoum, "Either they were retired or were fired by King Mohamed VI after they made serious mistakes."

And to add that some politicians, like former government chief Abdellil Benkirane or PPS secretary general Mohammed Nabil Benabdellah, have tried, through their statements on the night of the verdict, to "influence the course of justice".

About the former head of the PJD, the lawyer said that he tried to "persuade everyone that what appears in the compromise videos of Bouachrine refers to compromised relationships and that he can not therefore reach him for trafficking in human beings."

Moreover, the statement by Prince Mulai Hitcham was also mentioned during this press point. Answering the question on this topic, attorney Fatih Chtatou confirmed that the interested party is "known for its anti-Moroccan attitudes and therefore it is not possible to respond to such comments."

Victims' lawyers, however, believe that the defendant used mitigating circumstances and all guarantees of a fair trial.

The trial was necessary and extended for almost nine months, with 80 hearings that lasted from 8 to 12 hours before the Metropolitan Court of Appeal, provided victims' defense during a press conference "to enlighten public opinion".

In the meantime, the court has remained an equal part of this case, which has been preoccupying public opinion and media for months, they welcomed.

Recall that the Criminal Division at the Appellate Court in Casablanca on Friday, November 9, sentenced Tavfika Bouachrine to 12 years in prison and a fine of 200 thousand dirhams.

He was also convicted of compensation for the number of casualties and the publication of a judgment in a national publication.

Bouachrine is prosecuted for human trafficking, exploiting the situation of vulnerability or need and resorting to the abuse of power, function or power for the purpose of sexual exploitation, or resorting to other forms of coercion committed against two persons at meetings, clumsy attacks on violence and rape and attempted rape; penalties are set forth in Articles 448-1, 448-2, 448-3, 485, 486 and 114 of the Criminal Code.

The defendant also is charged with crimes of sexual harassment, the engagement of individuals for the purpose of prostitution, including pregnancy, the use of means of enabling the taking, recording or recording of those offenses referred to in Articles 498.499 and 503-1 of the same Code, which were allegedly committed against 8 victims recorded with videos, about 50 movies recorded on CDs and digital media.