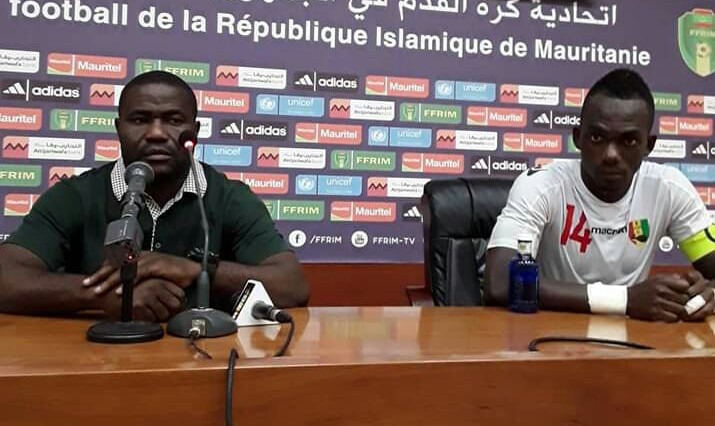 Нуакшот– National Espoir from Guinea Sila has made a good qualification option for the final qualifying round of CAN U-23.

The Under-23 team, led by Souleimane Camara, dominated Wednesday (2-1) in his Mauritania counterpart in Nouakchott.

At the press conference after the match, two trainers asked questions from the journalists. The words collected by Feguifoot.

" In the first quarter of an hour we watched the opponent. We imposed a strong pressure to force the Mauritians to play in their camp. Mauritania has a good team. I told my players to play as if we were in the Conakry, and that's what we did. Here we played a victory. Now there is football, nothing is played, we will prepare a return match with the same concentration.

" I am disappointed with this defeat in which we sinned mentally and the opponent used the opportunity to impose his game. We go to Conakra with a free spirit to complicate the task. I'm a coach who does not give up and we will try our luck. Guinea's defense is not entirely and we will force our happiness".

The second game will be played On Tuesday, November 20th, in Guinea's capital.