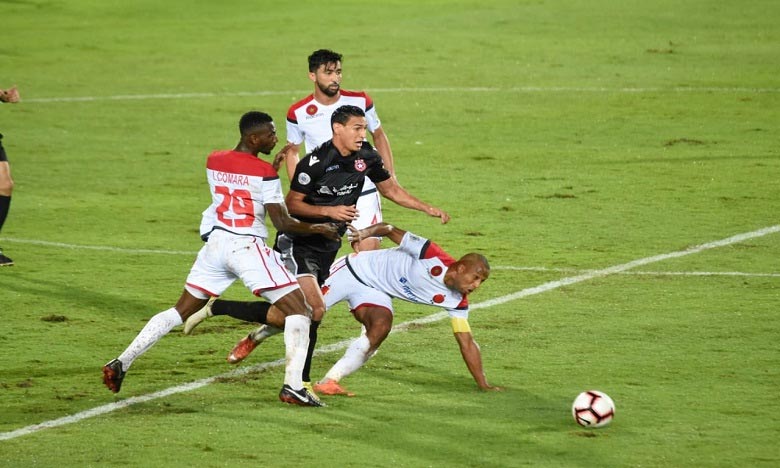 Vidad Casablanca (VAC) has been disqualified from the Club of the Arab League. Red are prone against Etoile Sportive du Sahel (ESS) Tunisia (1-0). Ph: SeddiK

The Tunisian team is the first team to qualify for the next round, thanks to this win.

Goalkeeper's goal was scored by Iheb Msakni after 57 minutes, but Ahmed Reda Tagnaouti's shot from the left flank was the cross from the middle of the box.

Despite his efforts in the last thirty minutes and added time, VAC Casablanca could not register the goal of equalization.
In the first game, both teams played 0-0.

In a press release, coach Rene Girard said his team "had a hard and determined opponent to win"

"We made many mistakes that were used by ES Sahel," he said.

For his part, coach Sahel Georges Leekens said he was "delighted with the qualification for the quarter-finals of the Arab Cup after a tough match against a tough opponent." "We've improved the game and we managed to create a lot of goals that were not well-used," he said.

"However, we have achieved significant success on our territory and in front of our audience," he continued, noting that the players showed great tactical discipline and applied instructions.

He said that the players, who also showed a great character, even though the squared formations went through many changes, played with great determination and gained confidence.

The finals of the competition will be held next April in Al Ain (United Arab Emirates), and the winner will win a significant $ 6 million bonus.