Poor intake of antibiotics, "one of the most serious threats" for health 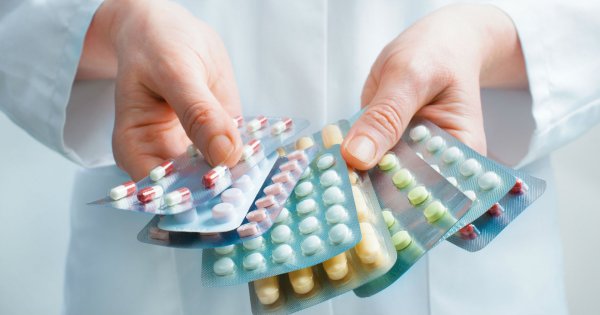 In a report published on Monday, November 12, The World Health Organization warns against poor consumption of antibiotics, either under-use or excessive consumption. According to her, this leads to a phenomenon "superbacteria" which can be deadly.

Since discovery nearly a century ago, antibiotics have helped cure many bacterial diseases and saved tens of millions of lives. However, over time, bacteria have changed to resist, so this is what the WHO says "Resistance to antibiotics is today one of the most serious threats to global health, food safety and development". In her report she warns "for growing numbers of infections, such as pneumonia, tuberculosis, sepsis and gonorrhea and foodborne diseases, the therapy becomes more difficult, sometimes impossible, due to loss of antibiotic efficiency". It makes him afraid "a postantibiotic era in which general infections and small wounds will again be deadly".

In France, the slogan "antibiotics are not automatic" is well known, but this does not mean that this directive applies, both in the territory and in other countries. But their over-consumption is not the only problem: underemployment is one, says Suzanne Hill, head of the WHO's essential drug unit, who said in a statement "main causes of antimicrobial resistance". Therefore, bacteria can become more resistant when patients take medicines that they do not need, or when they do not finish treatment, giving the microbes the chance to survive and develop immunity. In the same way, this resistance can happenir "when patients can not afford full therapy or have access only to inferior or over-the-counter drugs."

In the world, antibiotic consumption is very uneven. In its report, which is based on data collected in 2015 in 65 countries, the World Health Organization displays a panorama. Burundi is the country that consumes at least, with 4.4 daily defined doses (DDD) per 1,000 inhabitants per day, compared to more than 64 DDJs in Mongolia, for as many people. In Europe, the average consumption is 18 DDJ, with the leading Turks (38 DDJ) and Azerbaijan (8 DDJ) at the bottom of the ranking. France is slightly above average, with 25.92 DDD per day per 1,000 inhabitantsagainst just over 11 for Germany, and 20 for the United Kingdom. "These differences indicate that some countries probably spend too much antibiotic, while others may not have enough access to these drugs."warns VHO. However, she acknowledges that her report is incomplete, as many countries are missing, including three main absences, the United States, China and India.

Better use of antibiotics

"Without effective antibiotics and other antimicrobial agents, we will lose our ability to treat common infections such as pneumonia"Suzanne Hill warns. Dr Marc Sprenger, Director of the SOP Anti-Microbial Response Secretariat, adds: "We need to slow down the development and spread of resistance so that antibiotics that we have at our disposal remain as effective as possible". The organization provides advice to healthcare professionals, but also to patients. Among his recommendations is the importance of vaccination and promptness in vaccines, good hygiene, safe sex, good eating and food preservation. But also Always take the treatment to the end "even if you feel better because stopping treatment too early helps promote the growth of bacteria resistant to drugs", and does not require an antibiotic treatment from his doctor, especially if he is against his opinion. 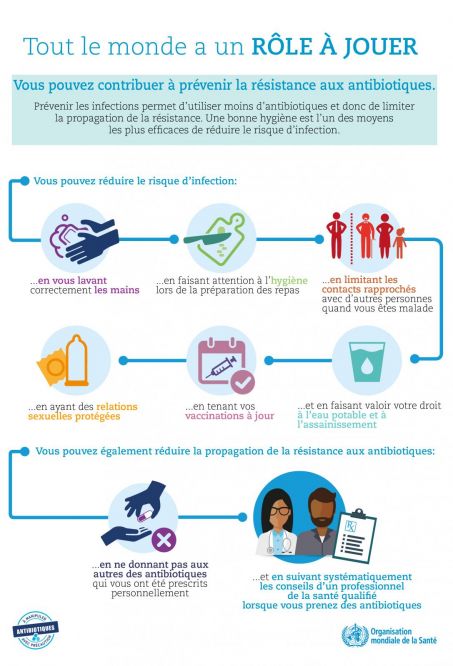 A few days after the release of the WHO report, the French authorities are also launching a campaign against poor antibiotic consumption, proof that it is at the center of all health problems. The slogan is no longer "antibiotics are not automatic"but "They are precious, we use them better". Professor Christian Brun-Buisson, Ministerial Delegate for Sustainability, explains Paris : "This slogan is part of a campaign we want to broaden, inter-sectoral, addressing and human health, animals, the environment. It is to emphasize the value of antibiotics, to insist on patients and health workers on the fact that they are too consuming the creation of a worrying resistance to treatment".