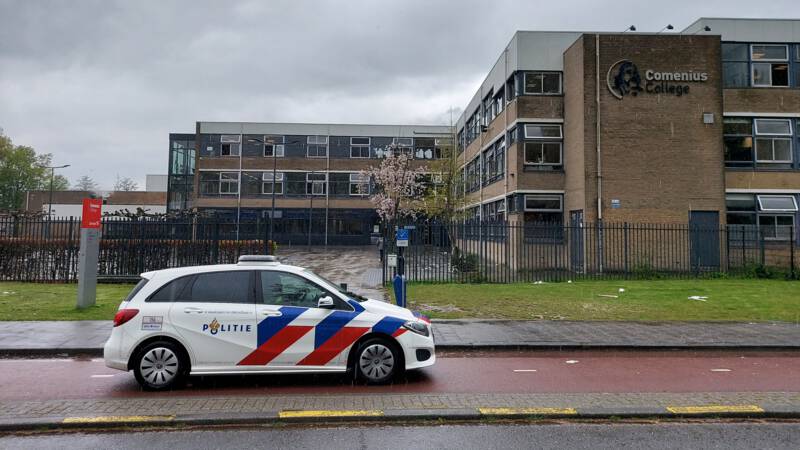 Today the exams in Breda and Capelle aan den IJssel have escaped their hands. For example, Breda police intervened when about 150 students wanted to enter a pond with inflatable toilets, Omroep Brabant reports. In Capelle, the trick resulted in an eviction from Comenius College. The rector denounces four students, Rijnmond explains.

To celebrate the end of high school years, several students walked with them flares (a kind of torch) through the corridors of the Comenius College. This led to considerable smoke development, a roaring fire alarm and an evacuation, according to Rector Pascal Scholtius. “Of course, immediate panic and great chaos inside.”

Scholtius doesn’t mind a little disappointment, but the action of the four students goes too far for him. “They put other students and staff at risk. It’s unacceptable behavior,” he says. Police report Rijnmond that nothing has been destroyed, but the four students have fled.

In Breda, police sent more than 150 students out of an exam at the Wilhelminapark. Students at the Eleven Lieve Vrouwelyceum, among others, wanted to use inflatable pools to enter a pond. People in the area alerted police.

Officers fined a large number of youths. “Of course we want to prevent a lot of people from joining because of the crown,” a spokesman told Omroep Brabant. Among other things, students received a ticket to urinate in the open, for not being able to prove identity and breach the rules of distance.

Not all students have been fined. Some of the students ran out into the pool when officers arrived.

Eric, head of the lowlands: “I’m angry with the unvaccinated in the hospital”