Hudson and Halls serve a nostalgic comedy at Centrepoint 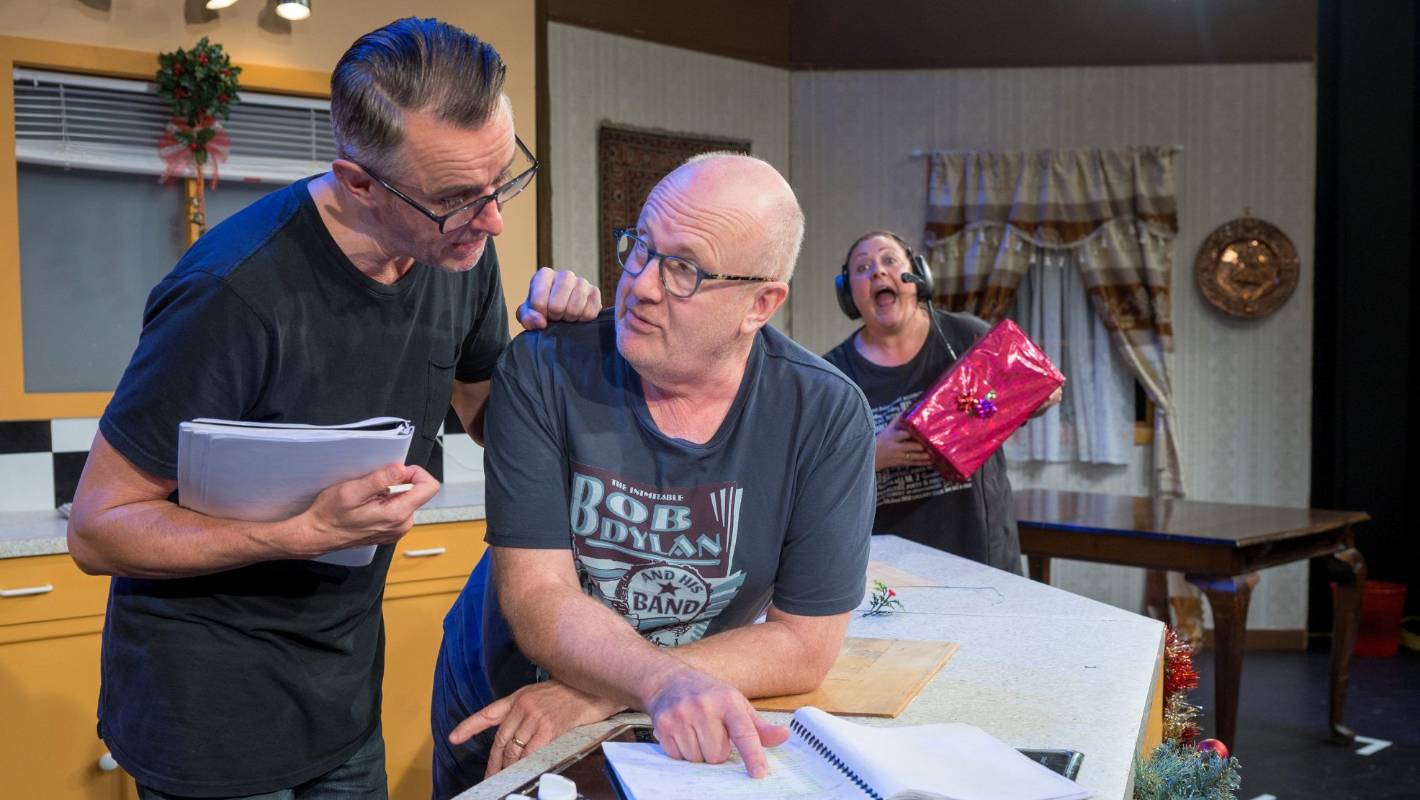 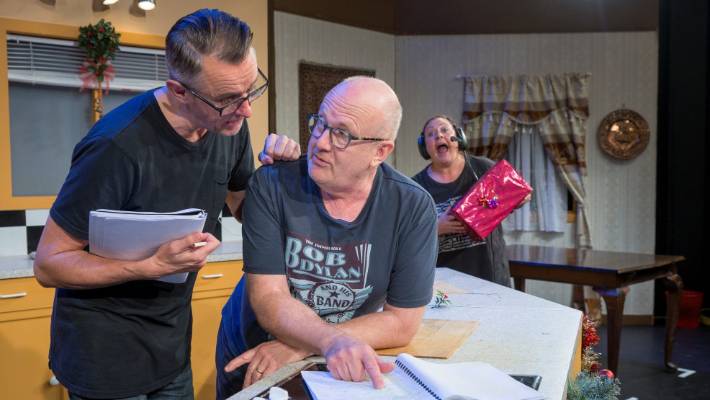 To the left, actors Andrew Laing, Peter Hambleton and Kate Louise Elliott during a rehearsal for Hudson and Halls Live.

TV culinary shows can be their love or hatred. There is no such black or white choice for the Christmas season Centrepoint Theater – Hudson & Halls Live! This delicious performance is given by two top Kiwi cooks, Peter Hudson and David Halls, is definitely "love".

During the period when everyone who was gay "officially" had to fly under radars, after the season, these guys delivered a huge camp, an alcoholic guided and very popular double act.

Everybody here saw whether warts and all dynamics of a special relationship, including passive-aggressive "men", when one was offended by another due to some aspect of culinary preparation or presentation.

The whole flavor of taste is caught, along with the smell for cooking in this fierce central combination.

Right at the entrance of the theater performance, the audience is treated as part of the Auckland TV studio group. Above beyond the beautiful design and fitted kitchen set by Daniel Villiams, we train with applause and the reaction of the rugby floor manager Ngaire, played by Kate Louise Elliott, before he greeted these two stars.

For the first time, the first living Christmas special is continuing more or less according to the plan. There is only an occasional plunder between Andrew Laing, as obstacles to the pseudonym Hudson and Peter Hambleton, as a single-minded halls for Christianity.

It's as long as the commercial pause Ngayer does not allow bad news from the bag. As Peter tries to keep the details from David, and more alcohol collapses, the set becomes an anarchic place.

Bits fall from light, the wall wall is torn down, the electricity disappears, the guest disappears, and the Christmas party is almost fatally compromised.

In spite of degenerations and more and more alcoholic carriages, the trio seeks to continue to appear for cameras. The result is the prevalence of the inevitability in which the soupcon period is served. Delectable.