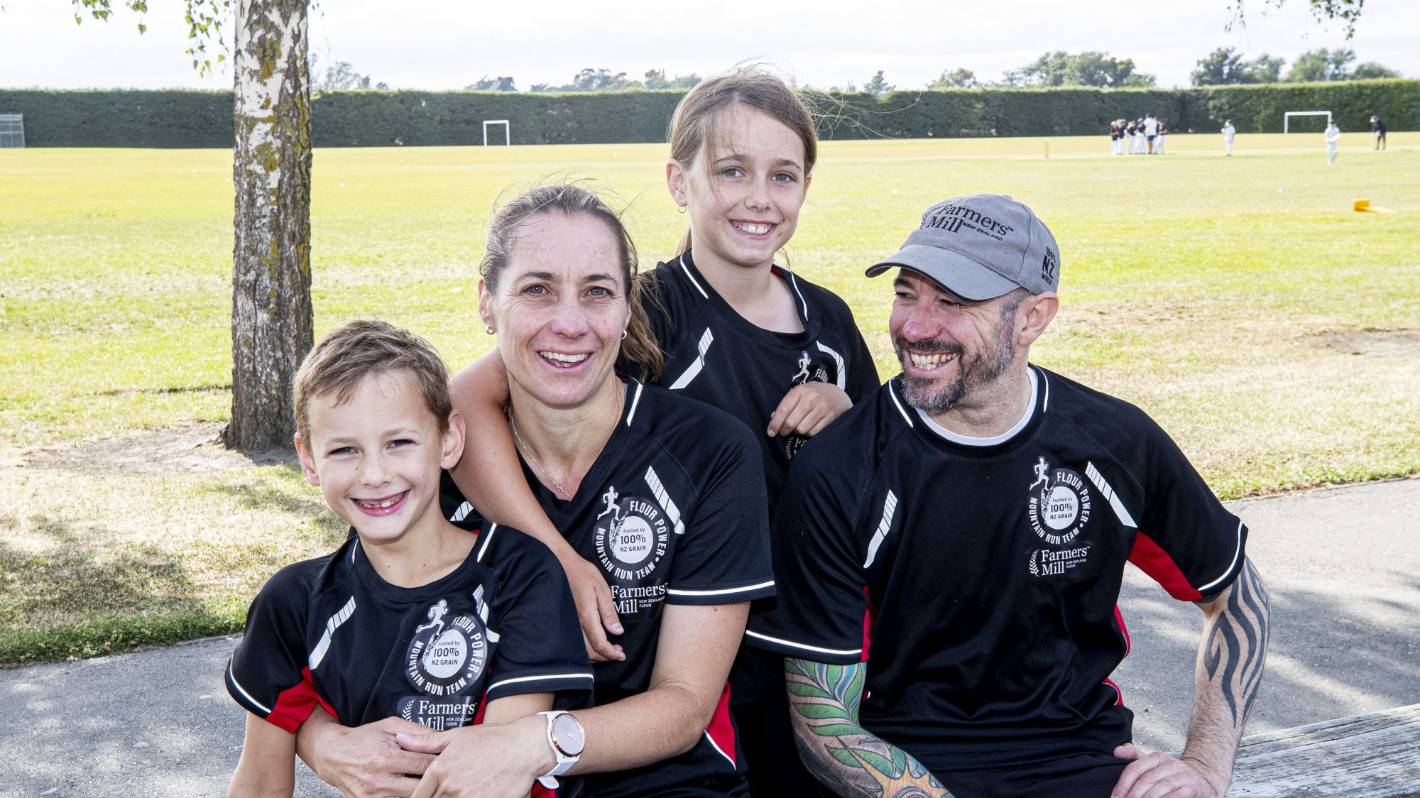 Grandfather Brent Norriss of Canterbury was riding a bicycle from his job in Wellington when he was hit by a driver who was distracted by his cell phone.

The 65-year-old, who was affectionately described as an “old and fit” man, completed the Coast Guard five times and hoped to re-enter in 2021.

But after his death on Feb. 3, 2020, his sons, Bex McLean and Darryl Norriss, vowed to run the grueling coastline of the mountain.

The super-fit brothers will complete the 30.5-mile route this weekend and hope to spread the message that it’s not okay to use a cell phone while driving.

“We’re doing this race to honor the memory of the father and to raise awareness of distracted drivers,” McLean said.

Brent Norriss lived in Christchurch, but traveled to Wellington for his work on the Trade Commission.

Khing Tiang Wong, who was driving the vehicle that hit him, pleaded guilty to dangerous driving that caused his death and was sentenced in November to six months in community detention and was banned from driving for 18 months.

The week after the fatal crash, hundreds of cyclists gathered to go from the Parliament lawn to Hutt Rd, where the collision occurred. The group dressed in red: Norriss’s favorite color.

His death sparked calls from cycling advocates for the NZTA Transport Agency (NZTA) to take further steps to protect cyclists on the stretch of road.

“Dad was doing everything he had to do, he was in a bike lane, he had all the safety gear on and a man was using the phone to get directions, [hit] at 90 km / h, ”said McLean.

“Unfortunately, the father died at the scene.”

McLean is a teacher at Rangiora High School and has been training with the rugby team in preparation for Friday’s race.

“Dad and I had done Coast to Coast five times and Darryl has done it three times, so we would do it again as a family team,” he said.

“Unfortunately we can’t do that, so we decided to honor Dad and do the Mountain Run.”

The route covers the mountain track of the annual Coast to Coast sporting event and will take the duo of brothers and sisters to Goat Pass and to the finish line at the Klondyke Corner in Arthur’s Pass National Park.

Darryl Norriss said he had been preparing for many mountain races.

“Mt Richardson has been my tour,” he said.

“It has also been good for the heart, soul and mind, reflecting on all those positive memories about the father.”

Norriss works for Farmers Mill New Zealand, which has sponsored his team.

He drives long distances visiting farms on the South Island and has a simple message for other drivers: “Stay out of your mobile. While driving, it’s so important to focus on what you’re doing and where you’re going.

“It simply came to our notice then. It takes two more minutes a day and that kind of thing can be avoided. “

Almost a year after the day after Norriss’s death, it was announced that the expected $ 130 million road linking Petone with Ngauranga had been accelerated.

Authorities said the construction of the cycle and the 5-meter-wide walkway, which would extend 4.5 kilometers along the coast alongside the Hutt Valley railway line and the road , could start in the middle of this year.

The road is expected to make it easier and safer to travel between the central city and Lower Hutt and is expected to attract more international tourists to the region after the Covid-19 pandemic.